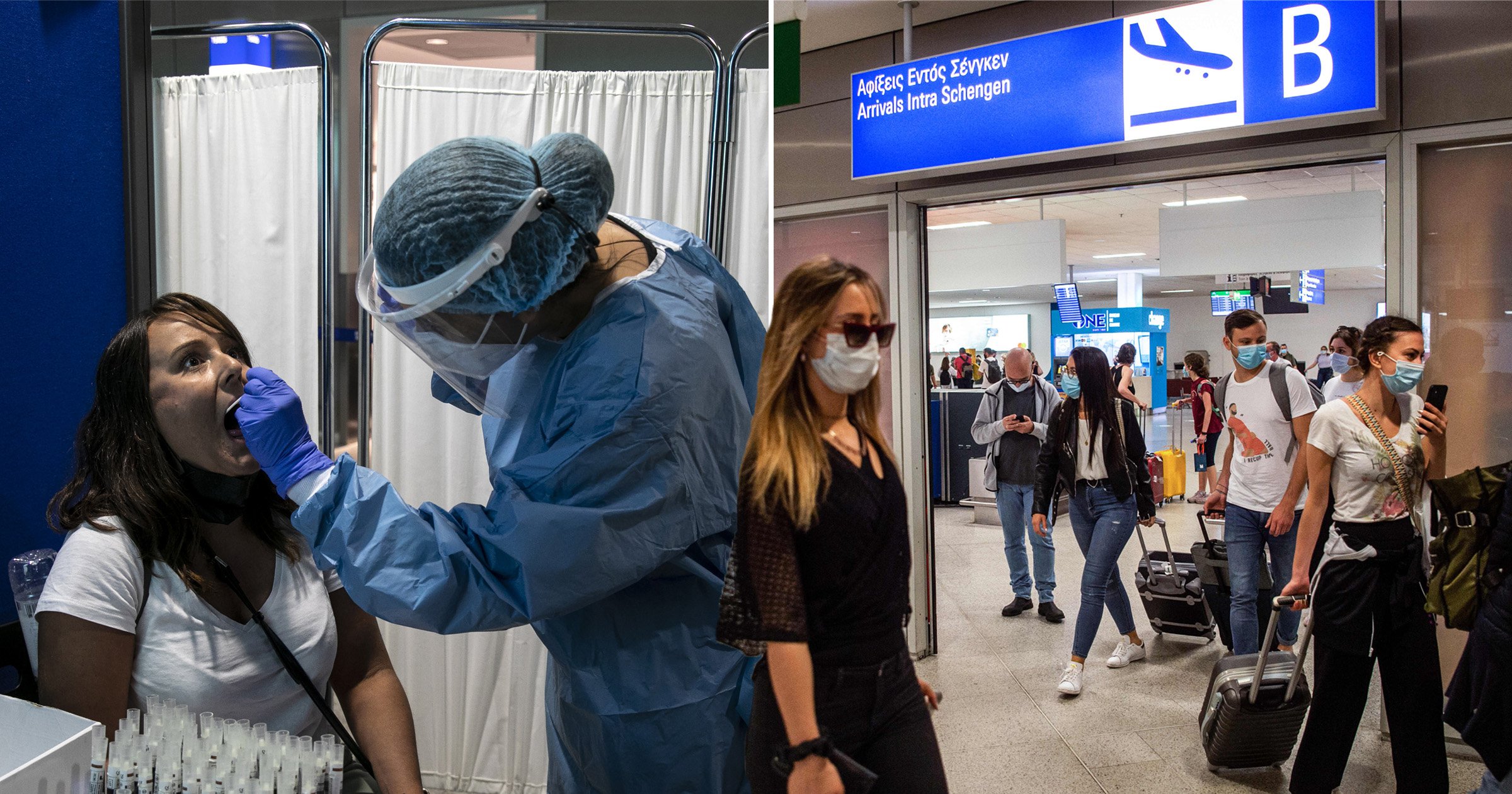 Greece has launched a vaccine passport system with agreements from 32 countries (Picture: Getty)Greece has ditched quarantine requirements for travellers from 32 countries including the UK if they have been vaccinated or tested negative for Covid-19.
Nine Greek airports were simultaneously reopened in locations including Kos, Mykonos, Santorini and Athens.
Tourism officials described the move as ‘baby steps’ ahead of a general reopening for visitors on May 14.
It paves the way for the country to become one of the main destinations for early summer getaways when the UK’s ban on non-essential foreign travel is lifted on May 17.
Isolation requirements are expected to initially stay in place for travellers returning from most countries, but travel analysts believe the Greek islands could be exempted early on.
Greece is heavily dependent on holidaymakers and recently fast-tracked its 300,000 tourism workers to be vaccinated first after all vulnerable groups receive their jabs.
It led calls for EU-wide ‘vaccine passports’ allowing easy travel around Europe before breaking off to draw up its own certificate system out of frustration with slow progress from Brussels.
The EU’s system was initially planned to launch by the end of May and is now not expected to be ready until the end of June, although Greece will allow visitors from all 27 member countries to enter using its certificates from today.

Athens airport provided Covid swab tests before airports closed amid Europe’s second wave of cases (Picture: Getty)The UK’s general ban will be replaced with a traffic light system, with red countries remaining off-limits, amber countries requiring 10 days’ quarantine on return and green countries not subject to any requirements on the UK end of the trip.
It will be based on Covid case numbers and vaccination rates in the destination country, as well as factors relating to which variants it is dealing with.
Research commissioned by Robert Boyle, a former British Airways strategy chief, predicted Greece will qualify for amber restrictions along with almost every European country.
But it said island destinations such Corfu and Mallorca could be green-listed, as the government did in summer 2020.

Travel analysts expect Greek islands to be exempted from isolation requirements sooner than the mainland (Picture: Getty)The report added: ‘Last year, the Spanish and Greek islands were given a lower-risk rating than the mainland and that could happen again this year.’
It also argued ministers could swerve recommendations to keep popular destinations off-limits for political or economic reasons.
France and Turkey are among the countries forecast to qualify for the red list but count on large numbers of British tourists and are key diplomatic allies.
The only territories Mr Boyle’s report expected to be green-listed automatically were the USA, Israel, Gibraltar, Malta, Iceland, Ireland, Australia and New Zealand.
Visitors to Greece from other countries must still self-isolate for a week on arrival.
Get in touch with our news team by emailing us at webnews@metro.co.uk.
For more stories like this, check our news page.