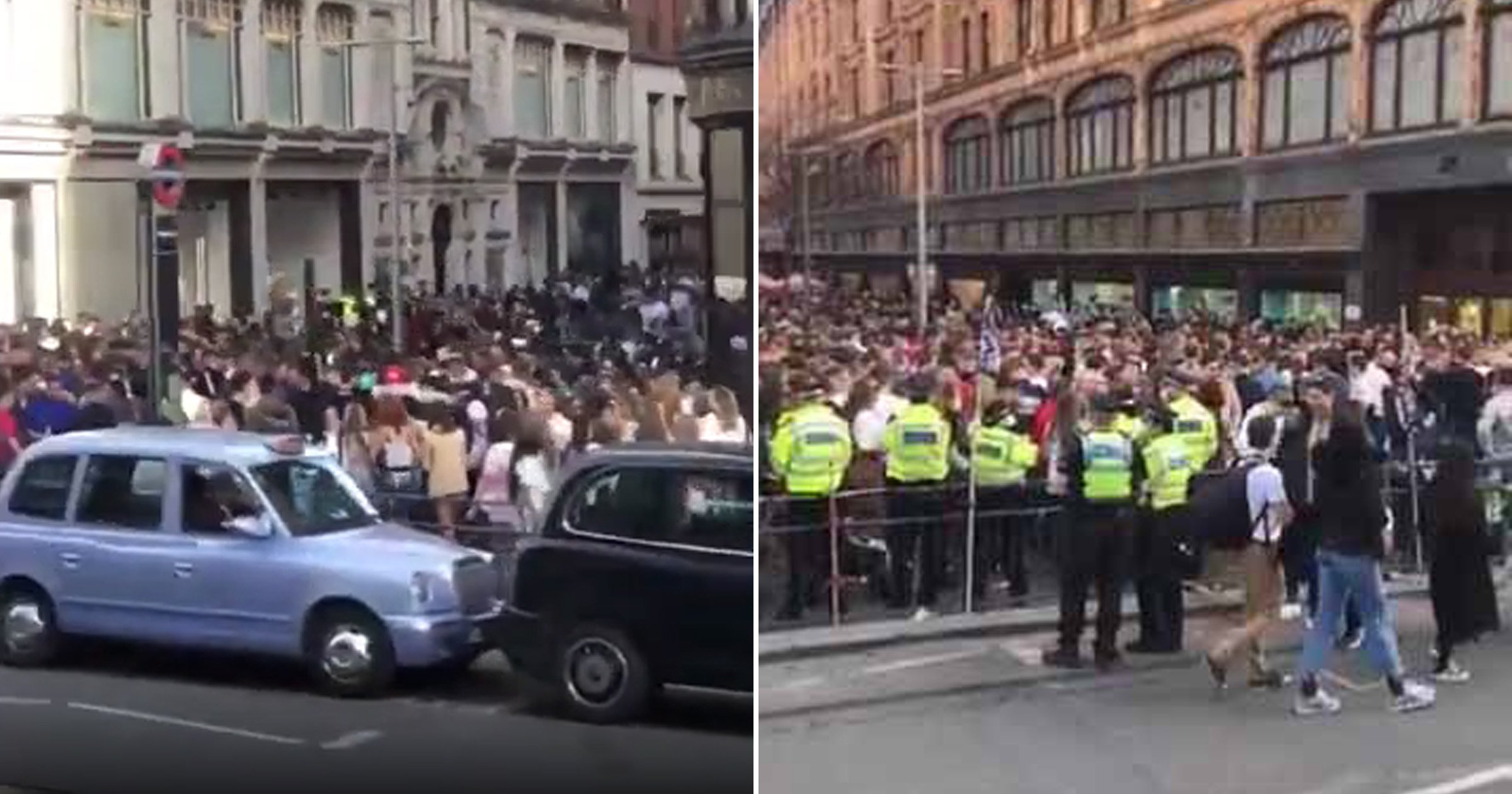 The street outside Harrods in west London was totally rammed with people Harrods was swarmed by hundreds of young people and teenagers forcing police to intervene.
The crowds were spotted outside the west London department store over the weekend as Brits across England descended on newly reopened shops and pub beer gardens.
The maskless youngsters appeared to be ignoring social distancing rules and gathered in huge groups of more than six people.
Officers were sparked into action to stop the would-be shoppers spilling out into traffic on Brompton Road.
‘This is at Harrods in London!’ one passerby commented. ‘So many people without masks just standing outside in a massive crowd?
‘They’re definitely not from London they have travelled from another city.’
The shocking scenes follows a similar incident in December when Harrods was overrun with people after the second national lockdown was lifted.
Four people were arrested at the time for affray and Covid rule breaches, but no arrests were made following this latest incident.

Police said no arrests were made on Saturday afternoon

Crowds of young people also gathered outside the Harrods department store in December (Picture: Elliott Franks)Scotland Yard said they were alerted to ‘disorder caused by a group of people in and around Harrods’.
‘Officers attended and assisted staff in dealing with the situation,’ a spokesperson said. ‘There were no arrests.’
People in England have been enjoying their new freedoms since the restrictions were lifted on March 29, allowing people to gather in groups of six outside.
The rules were lifted again last Monday, with the ‘stay local’ rule dropped and reopening of non-essential shops, gyms, and outdoor hospitality.
Harrods has been approached for comment.
Get in touch with our news team by emailing us at webnews@metro.co.uk.
For more stories like this, check our news page.