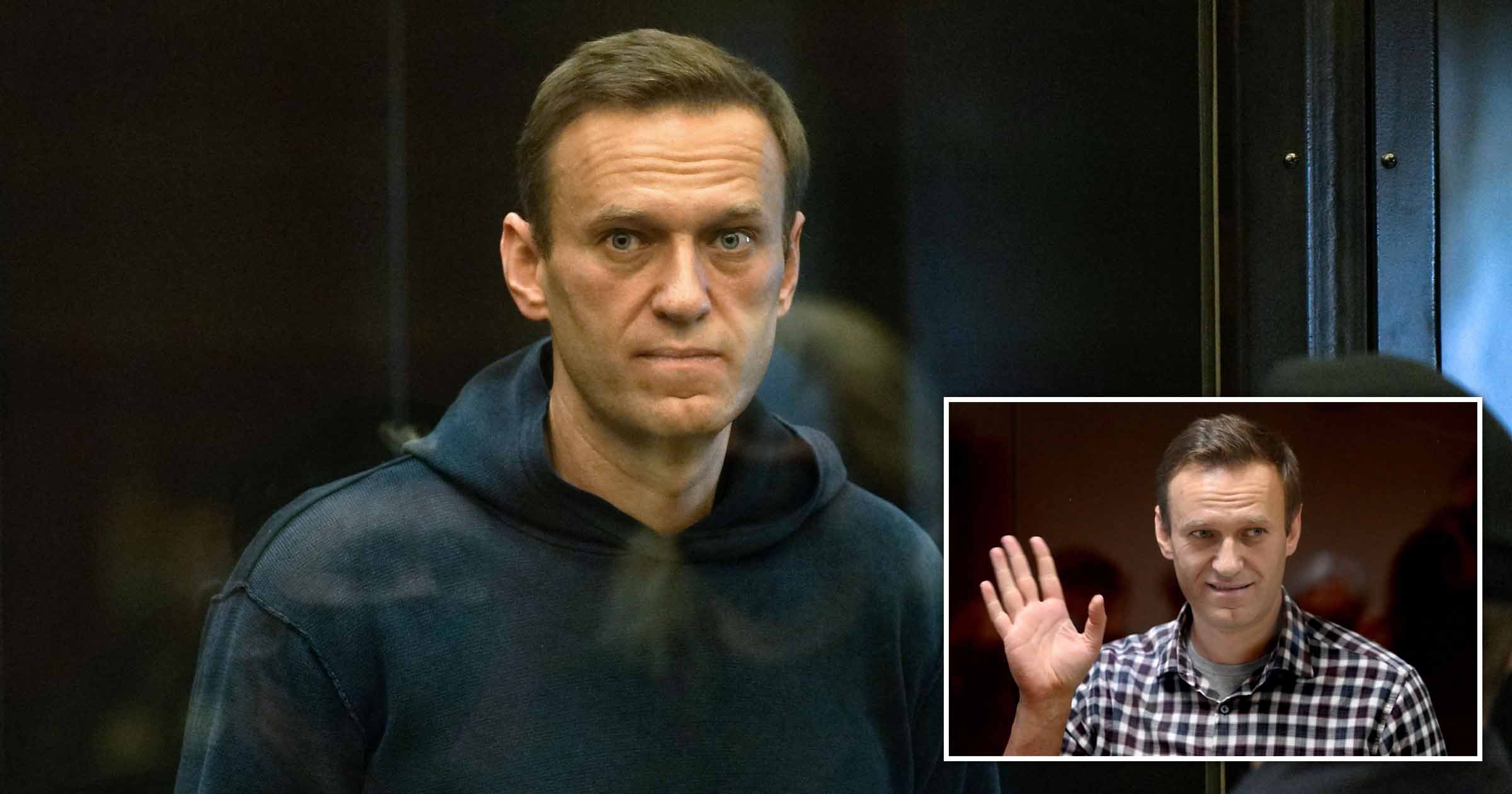 Alexei Navalny started refusing food on March 31 in protest over his treatment in prison (Picture: AFP)Jailed Russian opposition leader Alexei Navalny could be on the verge of death after entering the third week of a hunger strike, a doctor has warned.
The 44-year-old has sharply elevated levels of potassium — which can bring on heart attacks — and raised creatinine levels that impair the kidneys, said Yaroslav Ashikhmin.
‘Our patient could die at any moment,’ he posted on Facebook after receiving test results from the dissident’s family.
His daughter Dasha tweeted: ‘Allow a doctor to see my dad.’
Mr Navalny started refusing food on March 31 in protest over his treatment in prison — saying he had been denied proper medical care for acute back and leg pain.
Jail bosses say they have offered him proper care but he has refused it and wants to be treated by a doctor of his choice from outside — a request that has been declined.
Jude Law and JK Rowling are among a group of actors, writers directors and journalists who have penned an open letter to president Vladimir Putin, urging him to give Mr Navalny the treatment he wants.

Doctors have warned about Alexei Navalny’s health (Picture: AFP)But Russia’s ambassador to the UK, Andrei Kelin, labelled the Kremlin critic an attention-seeker.
‘He will not be allowed to die in prison, but I can say that Mr Navalny, he behaves like a hooligan, absolutely,’ the ambassador said in an interview with the BBC’S Andrew Marr yesterday. ‘His purpose for all of that is to attract attention for him.’
Mr Navalny has said prison authorities are threatening to put him in a straitjacket to force-feed him unless he abandons his hunger strike.
More: UK

In February, he was jailed for two and a half years for violating the terms of a suspended sentence, imposed over charges he insists were fabricated.
He was arrested on his return from Germany, where he had been taken for lifesaving treatment after being poisoned with nerve agent novichok in an attack he blamed on Mr Putin.
After spending weeks in a coma, he was accused of failing to tell parole chiefs where he was — but said they only had to read the news to find out.
The Kremlin has said it has seen no evidence he was poisoned and has cast him as a US-backed subversive.
For more stories like this, check out our news page.