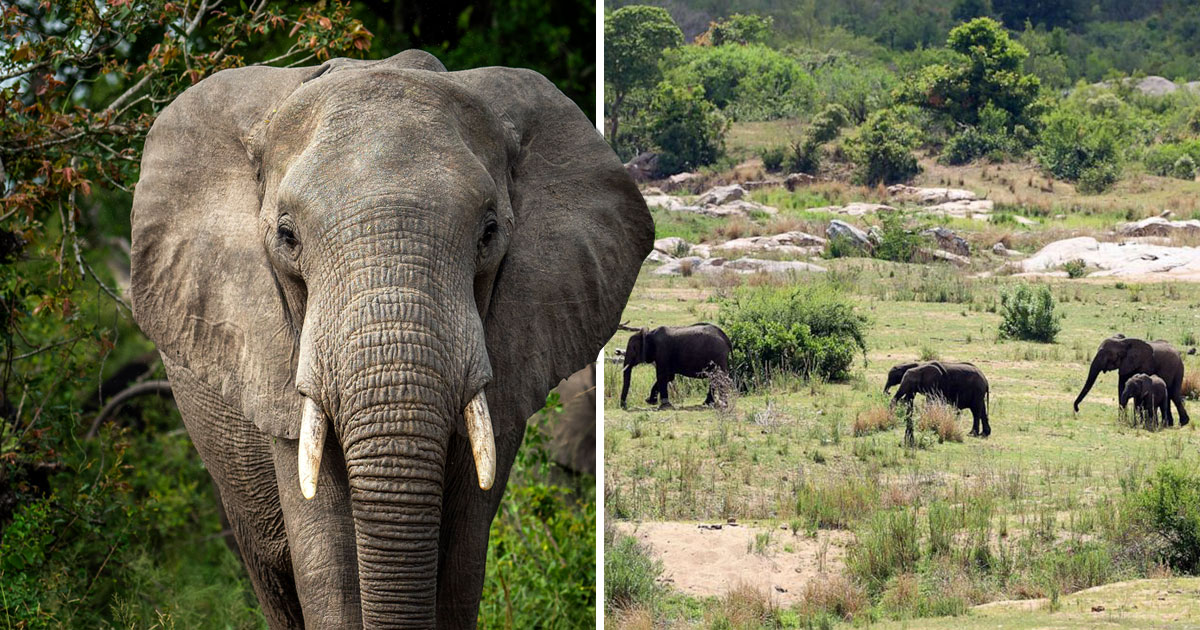 A man’s badly trampled body was found in Kruger National Park on Saturday (Picture: AP)A suspected poacher was trampled to death by elephants while fleeing from wildlife rangers.
The badly injured body of a man was found in the southern portion of Kruger National Park in South Africa on Saturday.
He is thought to have been hunting rhinos along with two other men, before rangers discovered their tracks and chased them.
They captured one suspected poacher after using helicopters and dogs to hunt the party down.
He told them he feared one of his group had been killed after they ran into a herd of elephants and their calves.
Rangers discovered a dead body after re-tracing the group’s steps. They also allegedly found a bag containing a rifle, an axe and other items.
Police are currently hunting the third suspect who is believed to have an injured eye.
Managing Executive of the Kruger National Park, Gareth Coleman, said: ‘Ee are proud of the teamwork and dedication of our Rangers Corp, our aviators and the K9 unit.

Rangers allegedly discovered a bag containing a rifle and an axe (Picture: AP)

Police are hunting the third alleged poacher‘It is unfortunate that a life was unnecessarily lost. Only through discipline, teamwork and tenacity will we be able to help stem the tide of rhino poaching in KNP.’
He has called on anyone with information on the alleged third poacher to come forward.
Mr Coleman said: ‘The campaign against poaching is the responsibility of all us; it threatens many livelihoods, destroys families and takes much-needed resources to fight crime which could be used for creating jobs and development.’
Kruger National Park is one of Africa’s largest game reserves. It has a number of wild animals including lions, leopards, rhinos, elephants and buffalos.
Get in touch with our news team by emailing us at webnews@metro.co.uk.
For more stories like this, check our news page.