Oscars 2021: Attendees ‘won’t have to wear masks on camera’ 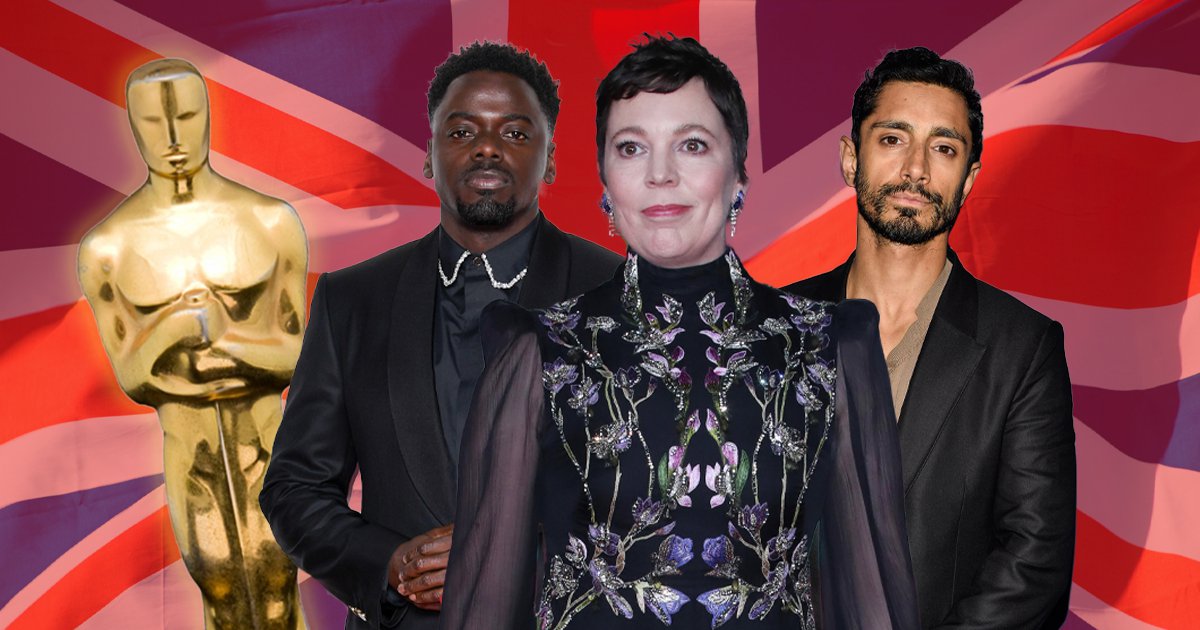 Brit nominees including Daniel, Olivia and Riz will only have to mask up during ad breaks (Picture: Rex/Getty)Attendees at the Oscars will reportedly not be required to wear masks while the cameras are rolling during the ceremony.
Some of Hollywood’s biggest names will gather at Union Station in downtown Los Angeles for the 93rd Academy Awards on Sunday, but the show is expected to look a lot different to those before it.
There will be a limited audience, a stripped-back red carpet and some nominees will appear from international hubs – such as the British Film Institute (BFI) in London – which have been set up to help those unable to travel due to the pandemic.
Those on camera will not be required to wear face coverings, according to Variety.
However, they are being asked to mask up when not on camera, for example during advertising breaks, while the audience capacity is capped at 170 people, Variety said.
Director Steven Soderbergh, one of three producers of the Oscars, which will take place in the early hours of Monday morning UK time, said masks would play ‘a very important role in the story’, saying: ‘That topic is very central to the narrative.’

Other awards shows, like the Grammys, have seen attendees wear masks (Picture: CBS)The Academy previously said it wants the broadcast to feel like a film and producers told nominees appearing via Zoom would be a last resort.
Other major awards shows have suffered mishaps and technical issues with their virtual elements, including the Golden Globes, which briefly muted Daniel Kaluuya’s acceptance speech back in February.
In order to avoid similar mistakes during the Oscars, the Academy has set up hubs at international locations, including London and Paris.
As well as Union Station, portions of the ceremony will take place at the Oscars’ usual home of the Dolby Theatre in Hollywood.
In a break from tradition, the five best original song nominees will not be part of the main ceremony but will instead feature in the 90-minute pre-show Oscars: Into The Spotlight.
While much about the ceremony will be different, the Academy has enlisted the usual array of star names to add as much glamour to proceedings as possible, with the likes of Brad Pitt, Zendaya, Renee Zellwegger, Reese Witherspoon, Harrison Ford and Halle Berry presenting awards.
Soderbergh and his co-producers Jesse Collins and Stacey Sher said: ‘In keeping with our awards-show-as-a-movie approach, we’ve assembled a truly stellar cast of stars.
More: Academy Awards

‘There’s so much wattage here, sunglasses may be required.’
As with the last two years, there will be no host and instead the presenters, billed as the ceremony’s ‘cast,’ will move proceedings along.
Commentators have predicted the Oscars may be in for a drop in viewers, similar to those suffered by other awards shows amid the health crisis.
The Golden Globes sank to a 13-year low in viewing figures while the Grammys – despite having a ceremony widely praised by critics – recorded its lowest-ever viewership.
British Oscar nominees include Daniel Kaluuya, Sir Anthony Hopkins, Carey Mulligan, Olivia Colman, Riz Ahmed and Gary Oldman.

MORE : Michael B Jordan thinking about his legacy after Chadwick Boseman’s death: ‘I know time is limited’