KUWTK: Kim Kardashian Learns Her Family Was The Inspiration For ‘Bridgerton’ Characters And She Freaks Out! 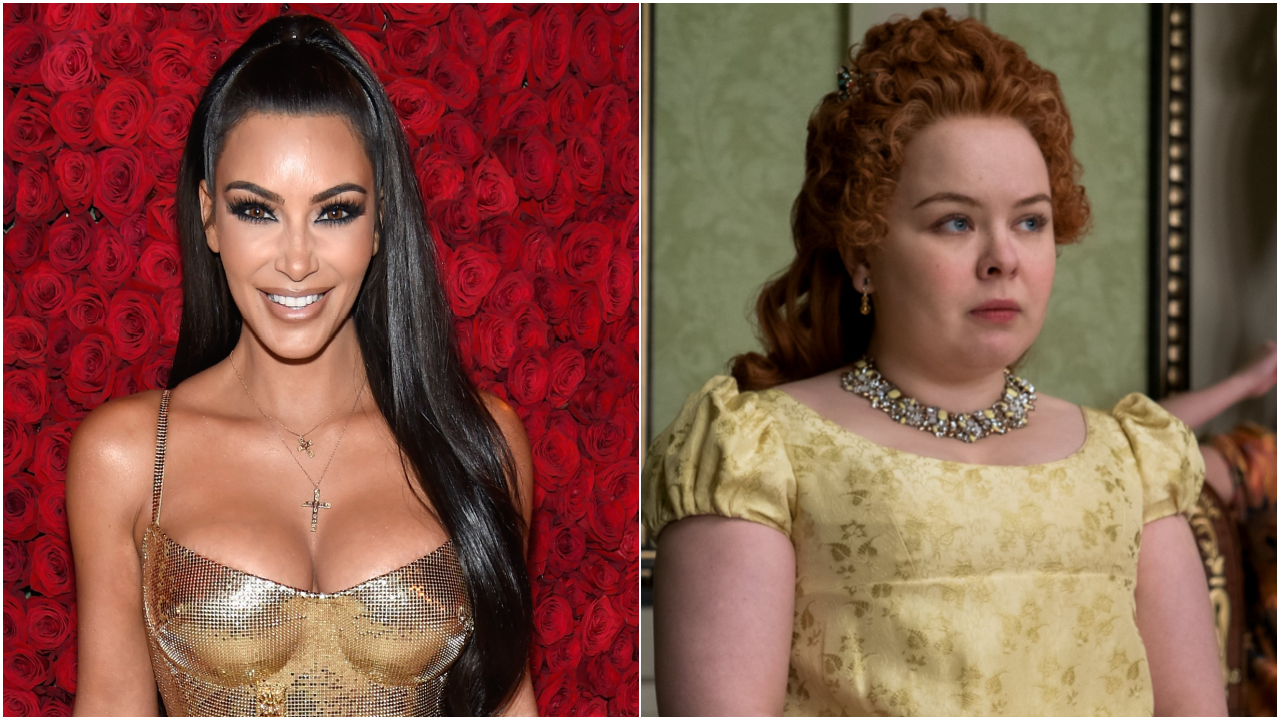 ‘ Bridgerton ‘ actress Nicola Coughlan revealed that some major characters in the popular TV show were inspired by the Kardashian-Jenner family and Kim Kardashian took to her Twitter to tell her followers how much she was freaking out about this fact! After all, Kim, just like many others, is a big fan of the period piece and was honored to hear that some of the characters were modeled after her reality TV clan. Alongside the original tweet from Nicola, Kim wrote: ‘WHAT?!?! I am freaking out!!!!! The tweet was sent to me on my [Bridgerton] group chat! Can I please just come to a fitting?!?! It would really make my whole life!!!!!! I love you Lady W!!!’ RELATED: Kylie Jenner Makes $1 Million Donation For Healthcare Workers To Get Masks And Other PPE It sounds like Kim was really excited to learn this judging by her enthusiastic tweet. As mentioned before, this was Kim’s reaction to Nicola’s own tweet from April 20 in which she revealed that Kim, Kourtney and Khloe Kardashian and maybe even the Jenner side of the family, Kylie and Kendall, were the inspiration behind the Featherington sisters on the show! ‘As the world’s number one [Bridgerton] Stan does [Kim] know that the Kardashians were quite a massive inspiration for the Featheringtons and that we talked about them all the time during our fittings? Because I really feel like she should know this.’ RELATED: KUWK: Kylie Jenner And Travis Scott Back Together? – The Truth! Obviously, the love is mutual and after Kim’s excited tweet, Nicola responded, telling her that she can definitely come to the fittings and sharing some more secrets about how they are linked! ‘Omg yesss of course we would love to have you!’ Also did you know Mr Pearl made your corset for the Met Gala and the next one he made was mine for Bridgerton? You have been part of the Bridgerton world for longer than you know.’ Their adorable interaction continued, Kim sharing that ‘OMG I am going to faint!!!!! Does this make me an honorary Duchess in Bridgerton?!?!!? I’m the corset Queen!!!!’

See also  Games Inbox: Will the Uncharted movie be any good?