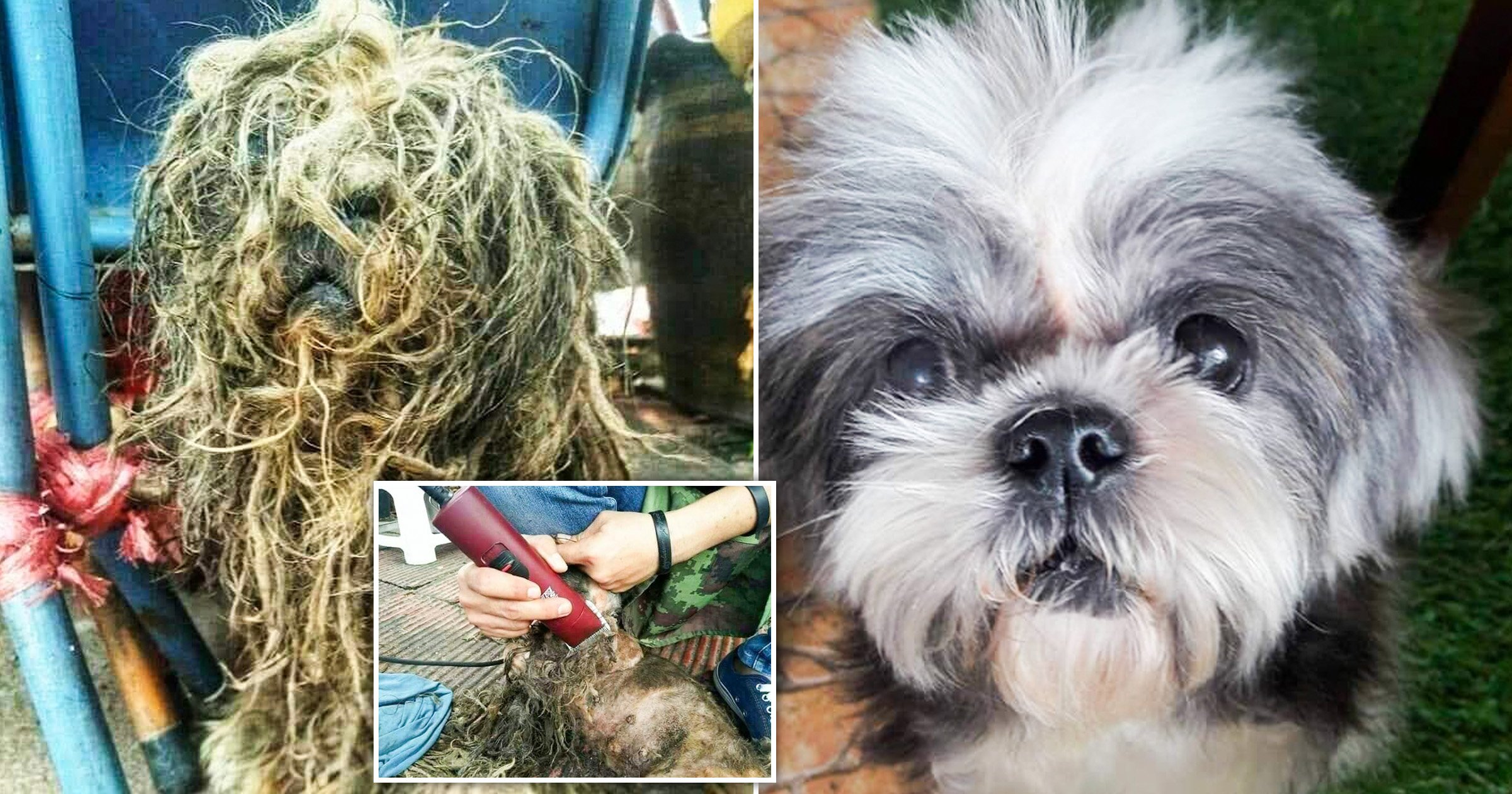 Total transformation (Picture: ViralPress)These heartstring-pulling pictures show an old abandoned dog before, during and after being shaved and groomed.
Her matted, greasy fur had tangled together to form dreadlock-like clumps all over her body after she suffered years of neglect.
Since she was found in Thailand and freed from the no-doubt painful tangles of fur, she’s found a new home with another pet groomer, so she’ll never have to deal with hair like that again.
The poor girl had been abandoned by her previous owners, and she’d had to survive on the streets.
Her hair was so overgrown that she could barely see, because her eyes were so thickly covered.
When pet groomer Kriengkrai Thatawakorn saw her trying to find food in a pile of trash, he decided to help her.

You could barely see her face (Picture: ViralPress)

The knots are likely quite painful (Picture: ViralPress)

Kirengkrai found her looking for food in the trash (Picture: ViralPress)He gave the poor pup a bath and cut the fur to reveal an adorable tiny dog underneath.
Kirengkrai, originally from Sisaket province, decided to travel around the country to search for strays in need.
He said: ‘This pooch was an old female. She may have been abandoned by her previous owners due to her age.

Her fur is the result of years of neglect (Picture: ViralPress)

Poor girl (Picture: ViralPress)‘I found her rummaging around a garbage pile and I felt sorry for her.
‘Her eyes were blinded by her dirty fur.
‘She had been neglected for a long time.’

Kriengkrai and the dog after her cut (Picture: ViralPress)

A stark size difference (Picture: ViralPress)Thanks to Kriengkrai, not only did she get a new haircut, but she also found a new forever home.
He said: ‘My friend who is also a pet groomer decided to adopt her.

Look at that face (Picture: ViralPress)

Kriengkrai said: ‘She now has a new life and is very happy, healthy and full of love’ (Picture: ViralPress)

‘She now has a new life and is very happy, healthy and full of love.
‘Dogs like her might not be welcomed at a pet grooming shop due to the amount of work that a groomer is required to do and therefore, I have to volunteer to help these lovely creatures.’
Do you have a story to share?
Get in touch by emailing MetroLifestyleTeam@Metro.co.uk

MORE : Before and after pictures show incredible recovery of abandoned dog given forever home