HomeBusinessFrom egg freezing to co-parenting, how having babies has changed
BusinessGeneralScienceTechnologyWorld News

From egg freezing to co-parenting, how having babies has changed 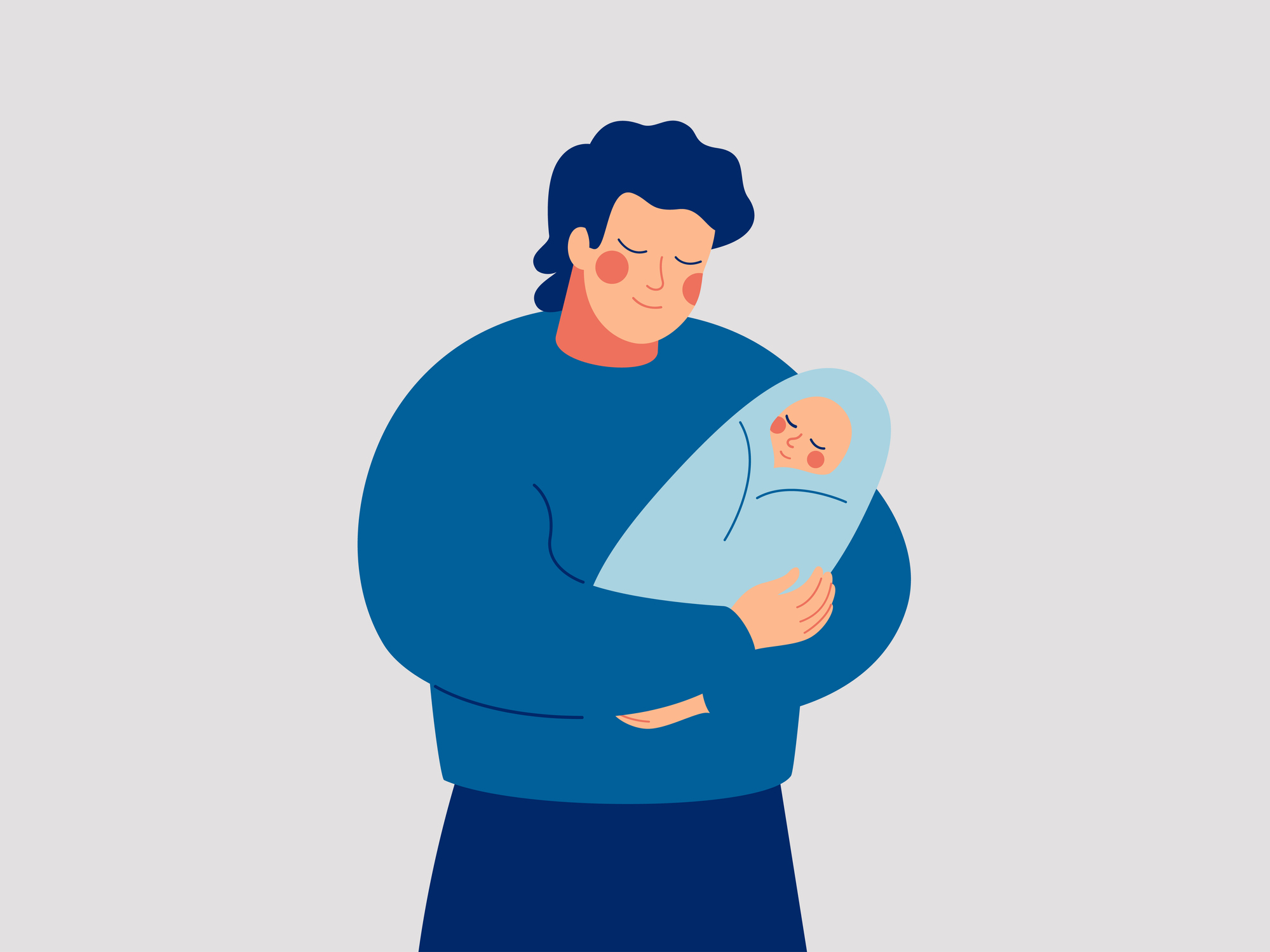 There’s no longer just one way to make a family (Picture: Getty Images/iStockphoto)Back in the old days, there was only one way to create a family: you met someone, you fell in love, you had a baby together.
But now, as a result of seismic changes in society and advances in fertility medicine, there’s an increasing number of ways to become a parent — and they don’t require romance.
Channel 4’s TV series Strangers Making Babies uncovered the controversial world of co-parenting, where platonic partners have a child together without the complication of finding love first.
Sometimes the co-parents may already be friends but an estimated 70,000 people in the UK are thought to be advertising themselves online on one of the host of Facebook groups and websites springing up to help introduce would-be co-parents.
However, they don’t have the best reputation, as professional nanny Venicia, 34, from Surrey, who appears in the series, explains.
‘It’s so scary!’ she says. ‘Is the guy on here because he’s got other intentions and he’s pretending he wants a child? I don’t know if I’m too trusting or too judgemental…’
Instead, she was attracted to a scheme pioneered by Dr Marie Wren, the deputy medical director at London’s Lister Fertility Clinic.

Nanny Venicia’s work hasn’t given her time for children (Picture: Channel 4)‘We perform insemination, IVF, but in recent years we have seen more couples who are seeking platonic co-parenting and also friends wanting treatment using the man as a known sperm donor,’ says Dr Wren.
It was this insight that led her to collaborate with fellow experts to devise a co-parent matching scheme based on the adoption system. This combined multiple interviews and a detailed questionnaire, as well as medical and criminal checks to match would-be mothers and fathers.
‘The internet has created many options for men and women who are seeking to have a child to meet,’ she says, ‘but most of these options are totally unregulated, far from ideal and offer no access to any counselling support.’
Venicia’s work as a nanny has taken her abroad to countries including South Africa, Turkey and Dubai, which hasn’t left much time for romance.
More: Pregnancy

‘For years I’ve been very committed to my job and the by-product of that is that I haven’t been anywhere for any length of time to actually date,’ she says. ‘I just feel like I haven’t got the luxury of years between dating and getting to know each other and then having a child — I just don’t feel like time is on my side.’
She adds: ‘I wouldn’t want to rush a relationship for the sake of having a baby, and I know health risks for the child and the mother can get more complicated as the mother gets older.’
Sarah, 38, feels the same pressures.
‘I wanted to meet somebody and fall in love… but it hasn’t happened,’ she says. ‘I’m very aware that I’m running out of time.’
While would-be parents can go it alone with sperm donation, surrogacy or adoption, co-parenting offers the support of a partnership, which was the attraction for Trinity, 39, from Essex who turned to co-parenting after seven years without a partner, and having lost both her parents.

Trinity has turned to co-parenting after seven years without a partner (Picture: Fremantle)‘I’m 40 this year,’ she says. ‘Two or three years ago I started looking at sperm donation and then I got sick with pneumonia, and I suddenly realised it’s not fair on a child to do this on my own, there needs to be someone else that can support me.’
Co-parents decide exactly how their arrangement will work. Some might move in together, especially in the early days, while others will share custody, much as divorced parents might, with a child splitting their time between two homes. And with the parents of an estimated one in four children in the UK living apart, any babies born as a result of co-parenting are hardly going to be unusual.
‘For some people it may work beautifully but my legal firm has to deal with the fallouts from these scenarios all the time,’ says specialist divorce lawyer Vanessa Lloyd Platt.
‘My very strong recommendation is if you are going to co-parent, draw up a deed of agreement between you where both parties agree what you are going to do. When the relationship breaks down — which often it does — and there’s nothing in writing about when you’re supposed to see the child or what payments you are supposed to make, it becomes the subject of potential litigation.’
Despite potential minefields to overcome, men too feel their dreams of parenthood need help. Nigel, 47, who also features on the C4 show says: ‘One of my goals in life is to be a father but I can’t just sit around forever, saying “Oh well, it will happen one day.” You’ve got to go out and look for what you want.’
Strangers Making Babies is on All4
The big freeze: How some women are doing it for themselves
While co-parenting still requires an involved father, increasing numbers of women are refusing to allow men to dictate their timetable for motherhood.
Egg freezing is on the increase — in 2009, the Human Fertilisation & Embryology Authority recorded just 226 cycles of egg freezing, while by 2018 that number had surpassed 2,000. And recent reports from fertility clinics suggest the pandemic has focused women’s minds on their biological clock. One clinic saw enquiries about the procedure almost triple last year compared with 2019.
Research suggests that far from prioritising their careers, the most common reason women give for freezing their eggs is because they haven’t found the right partner. But there are also women who don’t want to just put their fertility on ice and instead are choosing to be solo mothers, using donor sperm to conceive and bring up a child on their own. That was Alice Mann’s* plan.
‘In 2013, after a break-up, I froze my eggs aged 36 as I knew I wanted to be a mother but I didn’t want to rush into a relationship because of it,’ says Alice, who blogs about her experiences at eggedonblog.com. ‘Nearly four years later and still single, I decided to try to have a baby on my own. I felt that I had the rest of my life to meet a man for a romantic relationship but a relatively small window of time to become a mother.’
Although Alice didn’t manage to conceive on her own, she has subsequently met a partner with whom she hopes to have a family.
‘Among my friendship group, there are four women I know who have gone down the road of solo motherhood and not one of them has regretted it,’ she says.
*Not her real name
More: Parenting

The best parenting apps
Our Family Wizard
A co-parenting app designed for couples who aren’t couples, this has features that make parenting after separation (or for those who were never together to begin with) easier. These include a shared calendar, journal, expense log and an info pack for uploading family documents and details. ourfamilywizard.co.uk
Back Then
Share all the milestones with family and friends with this photograph and video app, which charts your child’s progress as they grow. It’s a lovely, simple and safe way to keep family connected, wherever they may live, without sharing your private images on social media. backthen.app
Mush
Designed to make parenting more fun and less isolating, Mush is a free app that shows you all the local mums and parents in your neighbourhood, with kids the same age and shared interests. It also has a Q&A forum — it’s like being plugged into the local mums’ WhatsApp, when you need it. letsmush.com
Sprout
From pregnancy to baby (in two apps), Sprout is part parenting guide, part baby log, in which you can track feeding and sleeping, as well as view health charts and record developmental milestones. And you can share all the information across devices, so that both parents can keep up to date. sprout-apps.com
Do you have a story to share?
Get in touch by emailing MetroLifestyleTeam@Metro.co.uk.

MORE : Black mums are twice as likely to experience baby loss – where is the bereavement support?

See also  Is she returning to TV as Bella Block?

MORE : New mums need more emotional support from midwives due to the pandemic