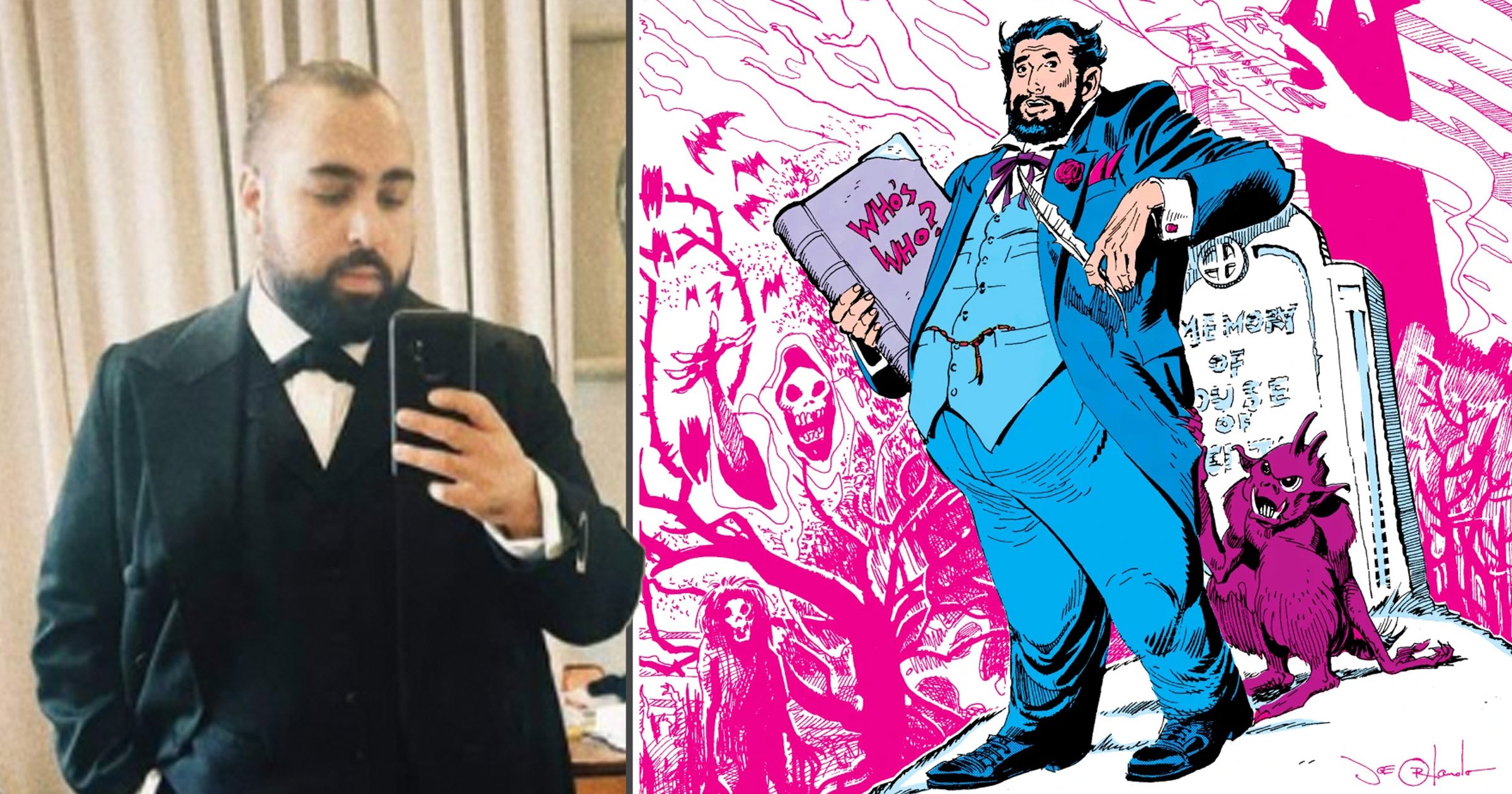 Asim Chaudhry is set to star in Neil Gaiman’s The Sandman (Picture: @AsimC86/DC Comics)Neil Gaiman fans have been eagerly awaiting Netflix’s The Sandman, with star Asim Chaudhry promising that we’ve got a faithful adaptation coming our way.
The comic books are set to be adapted for a new series, starring an incredible cast including Asim as Abel alongside Gwendoline Christie as Lucifer, Charles Dance as Roderick Burgess, Stephen Fry as Gilbert, and Sanjeev Bhaskar as Cain.
Chatting to Metro.co.uk as he partners with Walkers for their new campaign, the star explained: ‘I’m actually just filming at the moment and obviously I can’t say too much but I’ve been working with Sanjeev and I literally grew up watching that guy.
‘I love him, and our chemistry is just so good on set, we’ve been laughing our heads off playing these characters.’
‘I’m playing [Abel] quite true to what he was, reading some the comics and listening to the audio books, that kind of stuff,’ he continued. ‘Playing it quite sweet but giving my interpretation and just trying to play him as real as possible.
‘Obviously you go into the fantasy world and I’m already quite a big character, so I didn’t want to do too much with him. So I’m trying to play him as real and sweet as possible.’
Fans are thrilled at Asim’s casting, not least because they’ve noticed that he’s the spitting image of the character depicted in the original comic books.
While that led to a slightly awkward moment for Asim, when he thought the team had gone to the effort of illustrating him in the role, he’s clearly hyped about the exciting project.
Chatting about how he landed the role, he explained of the audition process: ‘It was all over Zoom basically, it was Neil, the writers, the showrunner, Allan [Heinberg], we were just doing auditions all over Zoom.

The cast looks incredible (Picture: Netflix)‘It was a bit weird because I would love to be in the room with someone, I’m a very in the room guy.
‘It’s helped my confidence because I got a whole job off Zoom which I think is amazing! I normally hate taping, I hate self-casting, all that stuff, so it was really cool.’
The highly-anticipated series is set to blend myth and dark fantasy as it follows the people and places affected by Morpheus, the Dream King, as he mends the cosmic — and human — mistakes he’s made during his vast existence.
We can’t wait!

Asim, who’s also got a film version of his series People Just Do Nothing in the pipeline, has just teamed up with Walkers for their crisp sandwich debate campaign.
Describing the campaign as ‘just good vibes,’ he explained where he stands on the age-old question – crisps in or crisps out?
‘It’s controversial because my character Jaz is actually a crisp out guy,’ he said.
‘I’m a bit scared about dental stuff, I basically had dental problems during lockdown. I had to have my wisdom tooth removed and I needed to have a crown.
More: Netflix

‘I was out of the game for a few weeks! So I’m a bit wary of crisp in!
‘So I would say I’m a crisp out guy,’ he declared.
The Sandman is set to stream on Netflix.
Got a story?
If you’ve got a celebrity story, video or pictures get in touch with the Metro.co.uk entertainment team by emailing us celebtips@metro.co.uk, calling 020 3615 2145 or by visiting our Submit Stuff page – we’d love to hear from you.