HomeGamingYogi Ferrell speaks out after first game with LA
GamingHealthPoliticsScienceSports

Yogi Ferrell speaks out after first game with LA 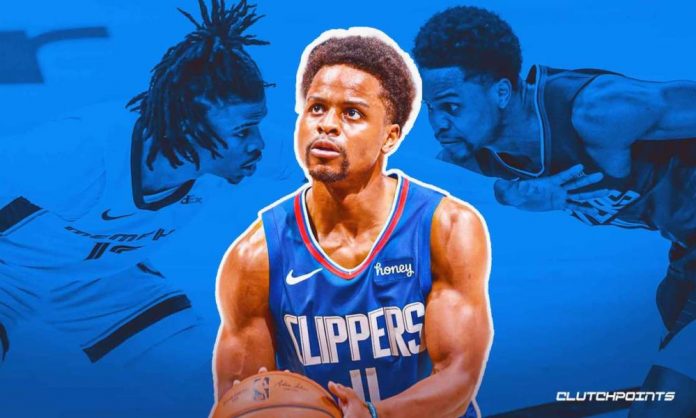 LOS ANGELES — The Los Angeles Clippers earned themselves another hard-fought victory over the Memphis Grizzlies on Wednesday night thanks to the efforts of Luke Kennard, Marcus Morris, and newest signee Yogi Ferrell.

Kennard finished with a game-high 28 points for the Clippers on 10-of-16 shooting, including six 3-pointers on seven attempts. Morris pitched in another 25 points, while Ferrell scored eight points and dished out seven assists in the win.
With Kawhi Leonard, Paul George, Patrick Beverley, Reggie Jackson, Rajon Rondo, and Serge Ibaka all out due to injury or rest purposes, LA outscored Memphis 64-43 in the second half, turning an 18-point first-half deficit into a 12-point win.
“It just comes down to heart,” head coach Ty Lue said after the game. “Want to compete for 48 minutes, no matter who we are playing, no matter who is playing, and we don’t want to make excuses. A lot of teams are down players, and they’re finding ways to keep playing and keep competing. That is what we want to do. Our guys have stepped up all year with all the injuries we have had. And it is just good to see. They are getting the experience they need going forward. Things like this happen, guys haven’t had a chance to play all season so they will be ready for the playoffs. Our coaching staff, just staying poised, our team staying together, not fragmenting, not going crazy in the huddles, and just staying together. Just trying to weather the storm and continuing to build good habits.”
In his first game with his new team since signing the 10-day contract, Ferrell came out and played 20 big minutes, including the final 14 minutes of the game. He tied with Terance Mann for a team-high seven assists while scoring timely baskets in the come-from-behind victory.
How was Ferrell able to make such a seamless transition into the lineup despite playing in his third game all year?
“A lot of guys have been getting me really acclimated just with the offense,” Ferrell said after his debut. “They’re in my ear basically every play telling me to go out there and lead the team, be positive. They know I’m a new guy so I gotta work my way in, and one thing I’m gonna do out there is go play hard for my guys and that’s all I try to do.”
The word that was repeatedly mentioned after the game was culture.
Over the last year, the Clippers have built a culture that exudes grittiness and resiliency on a nightly basis, but especially when the stars are out. Every couple weeks, this team gives its fans another memorable game despite dealing with a slew of injuries. Wednesday was no different.
“I think we’ve kind of built a culture over this year where everybody believes in each other,” Terance Mann said after his 19-point, six rebound, seven-assist game. “And new people coming in and out, whatever it is, when Malik Fitts was here, he knew we all believed in him and took confidence and hit that shot at the top of his key for his first few points. Yogi Ferrell coming in, DeMarcus Cousins making big-time plays with three charges, and so just everybody believes in each other and they feel that when they get here and it’s easy to play when all your teammates believe in you.”
“The culture of this team is great,” Yogi Ferrell added. “Everybody’s positive, nobody gets down. You know, they want you to shoot the shot if you’re open. They’re not pointing fingers. When we were down, nobody was pointing fingers. We just stayed in the fight, played defense, played together, and when you got all those things clicking, that’s how we can win.”
Despite having so many players in and out of the lineup, including both Kawhi Leonard and Paul George, the Clippers improved to an NBA-best 18-5 since the All-Star break. They have won 10 of their last 11 games and improved to 11-1 on the second night of a back-to-back set.
The Clippers have one remaining back-to-back set this season on May 13 and 14 to go along with a relatively lighter schedule the rest of the way. Their toughest matchups include the Phoenix Suns, Denver Nuggets, and Los Angeles Lakers, along with the Toronto Raptors and Houston Rockets twice as well.