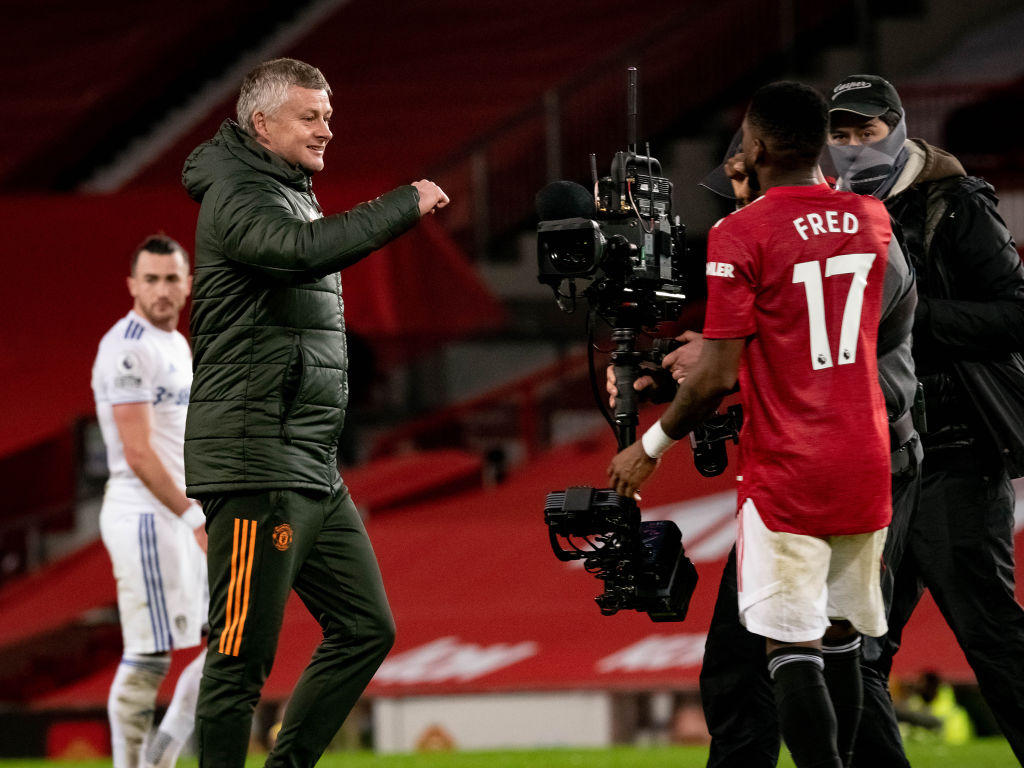 Raphinha and Rodrigo are set to miss Leeds’ Premier League clash with Manchester United (Picture: Getty)Leeds head coach Marcelo Bielsa has confirmed both Raphinha and Rodrigo are set to miss the side’s encounter with bitter rivals Manchester United this weekend.
Raphinha has had an outstanding debut season in the Premier League but picked up a thigh problem prior to Leeds’ 1-1 draw at home to Liverpool and could not feature as a result.
And while there had been faint hopes of Raphinha returning in time for Sunday’s anticipated clash, the 24-year-old Brazilian winger is yet to even join up with his team-mates in full training.
Rodrigo, 30, meanwhile, has been struggling with a muscle injury meaning he has been sidelined for Leeds’ last two games and he too will be unavailable at Elland Road.

Bielsa have gone five top-flight games without defeat (Picture: Getty)‘With Raphinha we are controlling his evolution on a daily basis and up until now he hasn’t recovered sufficiently to be able to train again,’ Bielsa told reporters at his pre-match press conference on Friday.
‘Rodrigo is in the last stages of his recovery but not well enough to feature this weekend.’

Leeds were thumped 6-2 in the reverse fixture at Old Trafford back in December and the memory of that day is still strong in the minds of Bielsa’s players, who sit tenth in the Premier League table.
‘For every game we go into it trying to score and trying to avoid conceding,’ the Argentine said.
‘Of course what happened in that last game is present in our minds. The measures to try and avoid conceding goals they have some tactical aspects and they have to implement the ideas and try to impose them.
‘You have to recognised the characteristics of the opponents forwards and try to organise our players on the field so they can pick up the protagonists.
‘We try to match them up with players in our team who are up to the challenge of neutralising them.’

United put six goals past Leeds at Old Trafford back in December (Picture: Getty)Bielsa knows victory this weekend would hold extra meaning for Leeds supporters given the historic rivalry between the two clubs.
‘I know perfectly what it means to play in a classic game,’ he added.
‘I know the effect that the result will have on the emotion of the people.’

Leeds – who are without defeat in their last five games – take on second-placed United against the backdrop of the failed European Super League proposal which has dominated both the front and back pages over the last week.
The Red Devils received widespread condemnation for their involvement and executive vice-chairman Ed Woodward announced he would be stepping down amid the backlash.
Asked whether the Premier League’s so-called ‘big six’ should be punished, Bielsa replied: ‘I don’t think that the path for a solution is for these clubs to be punished but to convince what is best and to come up with rules of acceptance in general and make sure these rules are adhered to.
‘When a rule is broken it forces a sanction, it means that the process before that was not sufficient.
More: UK

‘And the leadership of the organisation to administer the interests of everybody is to create rules that everyone is able to adhere to as they’ve all accepted them.
‘I am of the opinion that punishment is more for authority and shows that the quality of the efficiency of the rules was in question.’
Follow Metro Sport across our social channels, on Facebook, Twitter and Instagram.
For more stories like this, check our sport page.