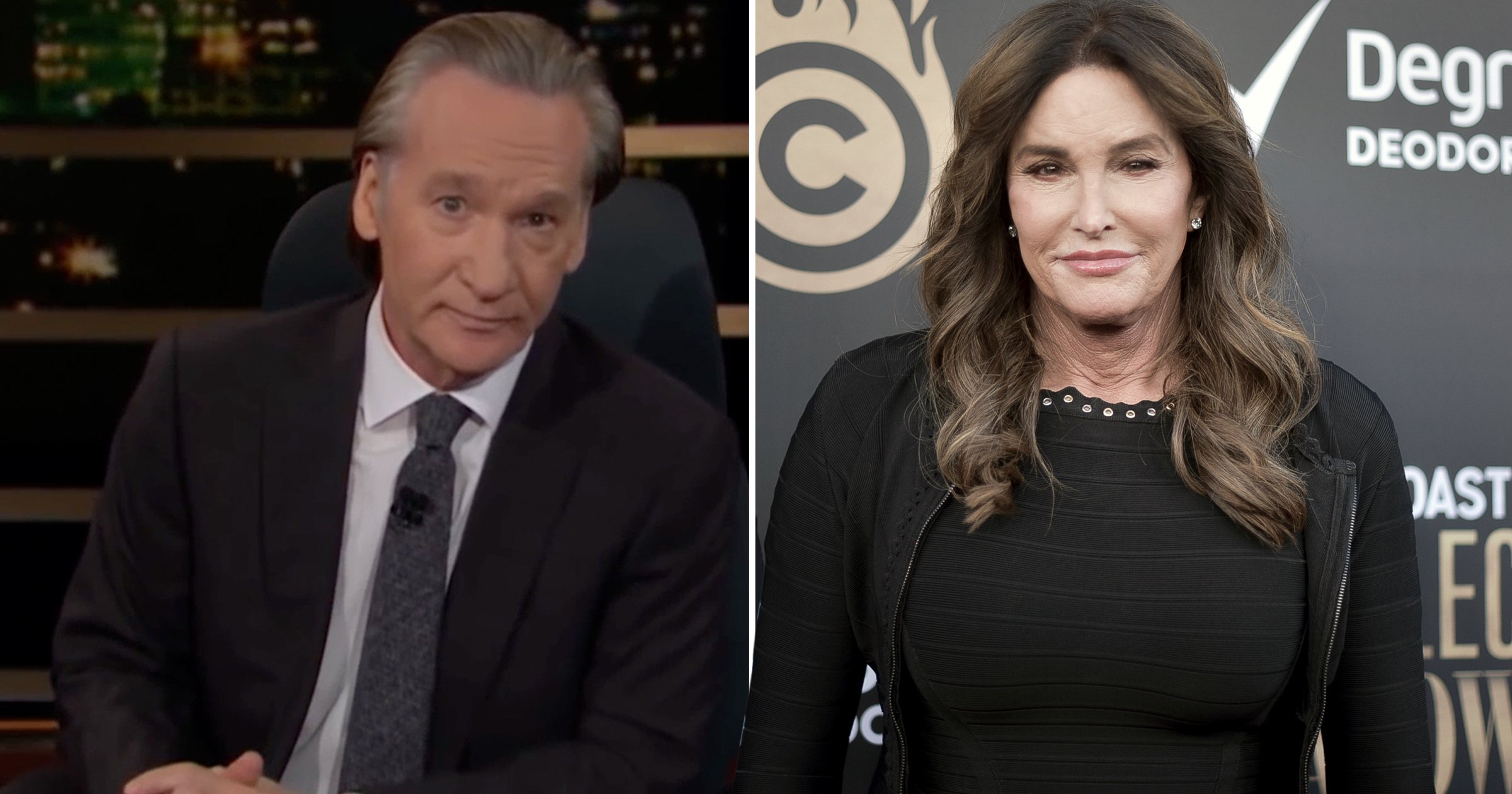 Maher joked about Jenner in his monologue (Picture: HBO)Bill Maher made jokes about Caitlyn Jenner’s transition while mocking her campaign for governor of California.
Caitlyn, 71, this week launched her campaign for governor of California, to replace Gavin Newsom in a likely recall election.
Maher addressed the news on his HBO show Real Time With Bill Maher, but instead of speaking about the reality star’s lack of political experience, he took aim at her transition.
The 65-year-old said: ‘How about this for news – Caitlyn Jenner is running for governor. I know you think of her as a reality show star, but come on, people change.’
Maher paused and smirked as the audience laughed, before continuing: ‘She is trans, rested, and ready. She’s got a great slogan – take the “sack” out of “Sacramento”.’
The comedian added: ‘Caitlyn Jenner is a lifelong Republican. I love that about her – wasn’t always sure about the man/woman thing but low capital gains taxes, born that way.’
A number of critics on US websites and on social media noted that there were plenty of other things Maher could of joked about when it came to Jenner, rather than targeting her transition.

The Daily Beast stated that Maher previously dead-named the former Olympian in a joke, remarking: ‘Bruce Jenner was an idiot. Adding t*ts didn’t make him a genius.’
In 2015, he also referred to Jenner as a ‘has-been from reality TV who got breast implants’.
Caitlyn came out as a trans woman in April 2015, later revealing her new name for a groundbreaking Vanity Fair cover.
On Friday, the Keeping Up With The Kardashians star confirmed her intention to run for governor, saying: ‘California has been my home for nearly 50 years. I came here because I knew that anyone, regardless of their background or station in life, could turn their dreams into reality.
‘But for the past decade, we have seen the glimmer of the Golden State reduced by one-party rule that places politics over progress and special interests over people. Sacramento needs an honest leader with a clear vision.’

Caitlyn has launched her campaign (Picture: John Shearer/Getty Images)She added: ‘I have been a congressional disruptor throughout my life, from representing the United States and winning a gold medal at the Olympics to helping advance the movement of equality. As Californians, we face a now or never opportunity to fundamentally fix our state before it’s too late.’
It is expected to be announced over the next week whether the Newsom recall effort has officially qualified for an election.
Caitlyn could have an uphill battle if it does, because as well as facing a blue state, US news sites have reported that only 40% of Californian voters support a recall.
More: US TV news

Other people who have voiced their intention to run include John Cox, a businessman who lost to Newsom by 24 points during the last gubernatorial election, Kevin Faulconer, the former mayor of San Diego, and Doug Ose, a former US representative.
However, Caitlyn could have an edge due to her famous name.
If the recall effort succeeds, voters will be asked whether they think Newsom should be recalled, and if so, who should replace them.
A similar scenario occurred back in 2003, when Terminator star Arnold Schwarzenegger – a Republican – won in the recall election ousting Gray Davis, and was re-elected in the 2006 gubernatorial election.

MORE : Gal Gadot chopped her finger off in grim accident as husband Yaron threw it away

Facebook
Twitter
Pinterest
WhatsApp
Previous articleParis Hilton Says 2004 Sex Tape ‘Will Hurt Me for the Rest of My Life’
Next articleTom Cruise Loves The People Of London So Much, He Wants To Move There, Says Report