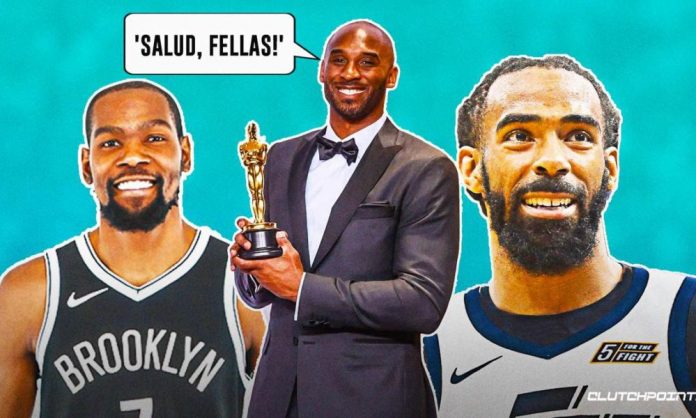 Kevin Durant and Mike Conley have now joined Los Angeles Lakers great Kobe Bryant as the only Academy Award winners from the NBA with their Oscars victory on Sunday, per Marc Stein of the New York Times.

Fans flocked to Twitter to congratulate Kevin Durant and Mike Conley. Some people who saw the film weren’t even aware that the two NBA stars were involved in it. Perhaps this is the reason why the film was great.

One fan praised Durant, calling him a multi-hyphenate talent. He punishes his foes on the court and on Twitter. Now, he can call himself an Oscar winner.

However, there were also haters to decided to take the shine away from Durant. The NBA superstar has built a reputation for slamming his haters personally on Twitter. And one hater took it against him.

Another hater believed that Conley did all the work in the Oscar-winning short film.

Whatever the case may be, no one can take the Oscar away from Durant and Conley. Like Kobe Bryant, they have proven that NBA players are not only athletes, but they can also have an impact outside the basketball court. This could be the beginning of more players—both past and present—to share stories through the film medium.