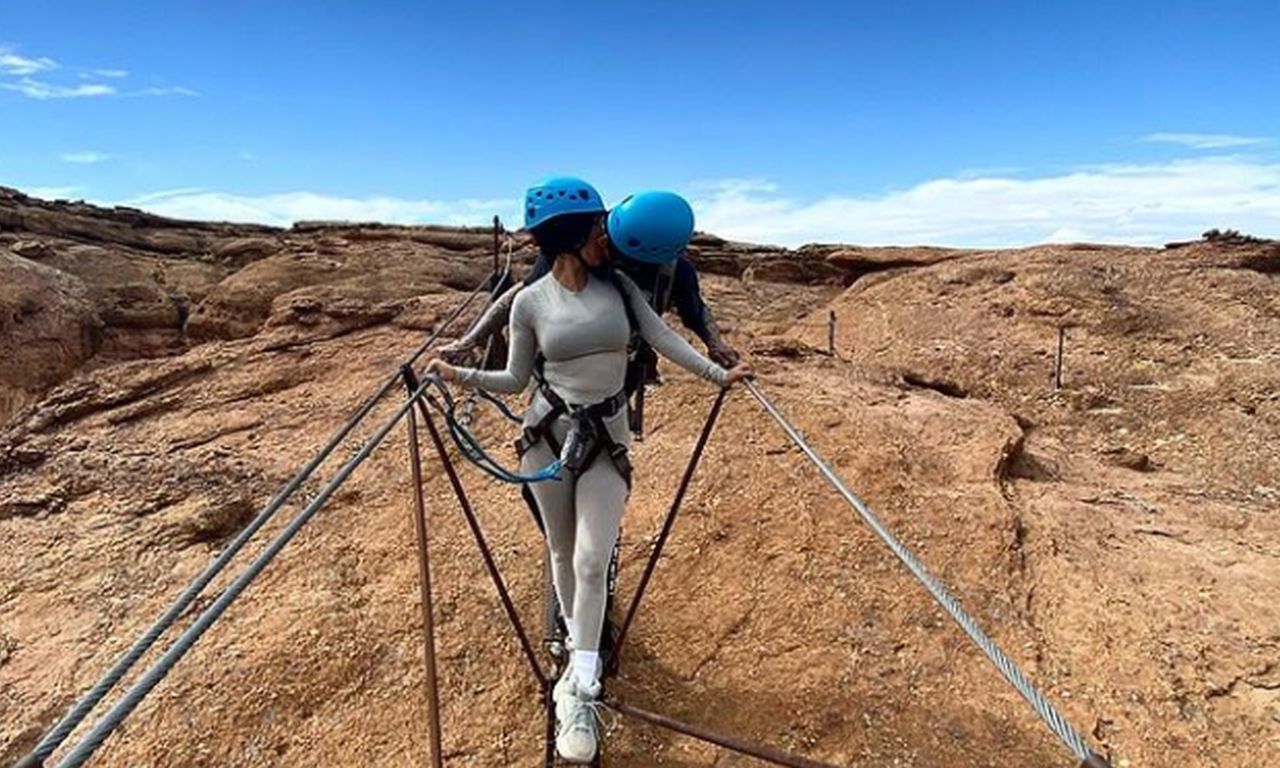 Is Kourtney Kardashian engaged to her boyfriend Travis Barker? Though the couple hasn’t publicly announced wedding plans, speculation is at an all-time high that an engagement is coming soon. Kourtney’s love life heated up just as her sisters’ romances seem to be fizzling  First, Kim Kardashian filed for divorce from her husband of six years, Kanye West, and now Khloe Kardashian is dealing with new Tristan Thompson cheating allegations! Now, all eyes are on Kourtney and Travis to see what their next move will be. Many speculate that Kourtney will soon be wearing an engagement ring! Travis has already declared his love for Kourtney by tattooing her name on his chest and Kourtney is making it abundantly clear that she’s never been happier. Now that filming for Keeping Up with the Kardashians is over, Kourtney doesn’t have to play-act about her romantic feelings for the camera. RELATED: KUWK: Khloe Kardashian Says She May Never Trust Tristan Again After Betraying Her Twice! Is it a coincidence that as soon as the show was done filming, Tristan was off, allegedly hitting on other women and Kourtney found “true love” with Travis Barker? Kourtney’s relationship with Scott Disick was a running theme on the family’s reality series even though he was in a long-term relationship with Sofia Richie. After Scott and Sofia split, many people asked if Kourtney and Scott would get back together. Instead, he began dating Amelia Hamlin. Scott Disick is 37-years-old and has three children with 42-year-old Kourtney. Apparently, Kourtney is too old for Scott as he prefers dating very young women. Sofia Richie is 22-years-old and Amelia Gray is only 19-years-old. Though Travis and Kourtney are keeping quiet about their future relationship plans, Us Weekly quoted a source who stated that friends believe an engagement is soon coming. The source stated the following. Kourtney and Travis are so happy together. And friends think they absolutely will be getting engaged sooner rather than later. RELATED: KUWK: Khloe Kardashian Shows Off Her Massive Lips In New Pic! You may see Us Weekly’s report below. Exclusive: Kourtney Kardashian and Travis Barker’s pals think it’s only a matter of time before the couple tie the knot. https://t.co/iLMtMm9Xos— Us Weekly (@usweekly) April 26, 2021 What do you think? Are Kourtney Kardashian and Travis Barker soon to be engaged? Charisse Van Horn is a freelance writer from Tampa Bay. She enjoys writing about celebrities, entertainment, crime, and fashion. The writer of this article will take legal action on those who reproduce or spin this article outside of Celebrity Insider.