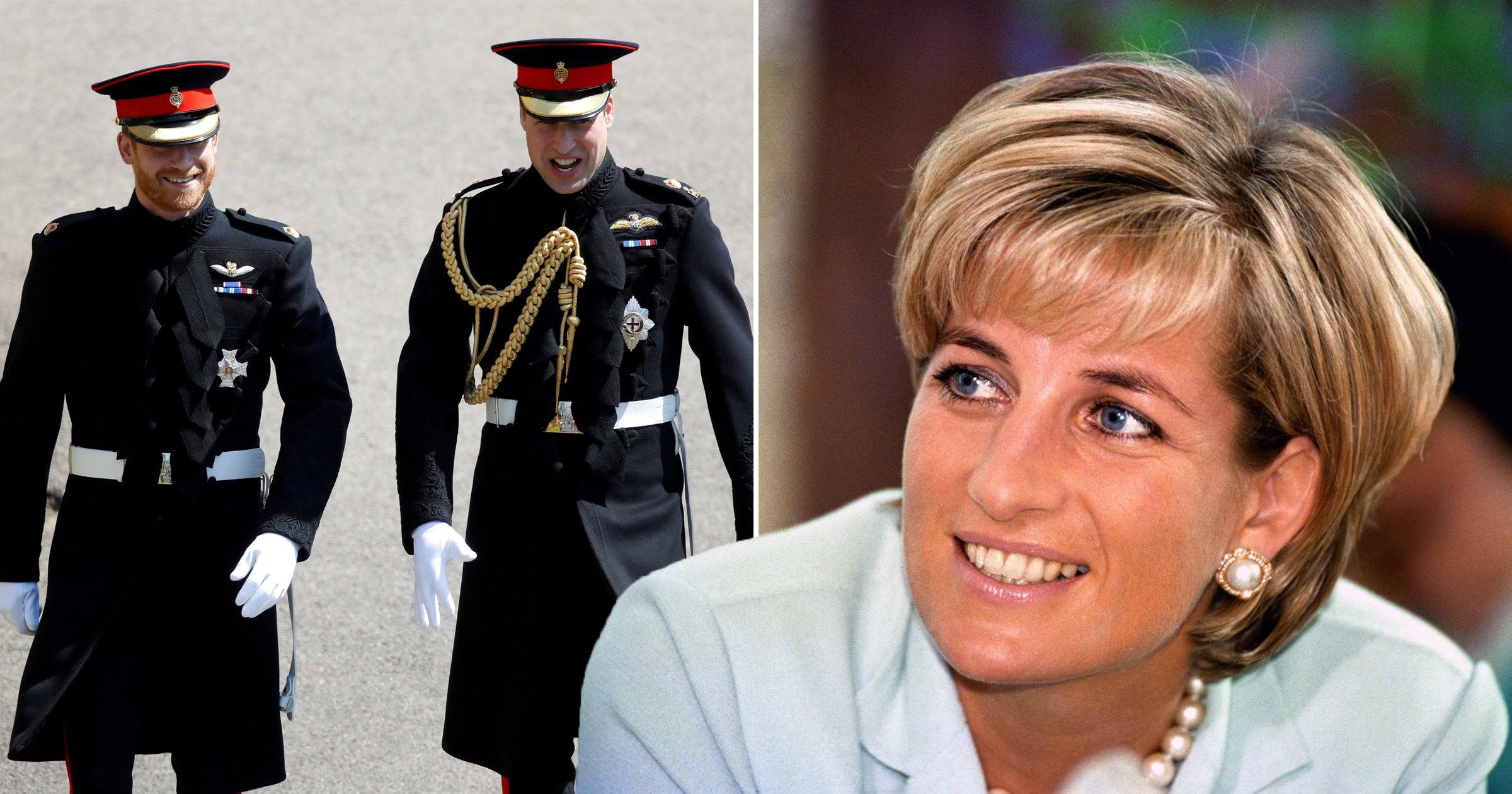 Harry is next due in the UK to unveil a statue of his late mother in Kensington (Picture: Reuters/PA)Prince Harry’s planned return to the UK to help unveil a statue of Princess Diana is in ‘serious doubt’, it has been claimed.
The Duke of Sussex was due to fly back from his home in LA to attend the event alongside Prince William on July 1.
It would have been the first time the brothers had been reunited since Prince Philip’s funeral and only the second time since Harry’s controversial move to the US last year.
Harry and Meghan’s biographer, Omid Scobie, wrote in Bazaar.com last month: ‘He will join William at Kensington Palace’s Sunken Garden for a ceremony that was rescheduled from summer 2020.’
But a royal watcher says the prince’s trip is now in doubt – and Meghan is unlikely to want to cross the Atlantic either.
Phil Dampier, author of Royally Suited: Harry and Meghan In Their Own Words, told the Sun: ‘I personally don’t think Meghan will return to the UK.
‘And there must now be a serious doubt as to whether Harry will come over for the unveiling of a statue for Princess Diana on what would have been her 60th birthday in July.’
It’s after Russell Myers, the royal editor of the Daily Mirror, suggested that Harry may use the birth of his second child in the summer as a ‘convenient excuse’ not to turn up ‘and face the family’.

A statue of Diana will be unveiled on what would have been her 60th birthday (Picture: PA)

Prince William was Harry’s best man at his wedding in Windsor Castle in May 2018 but their relationship has since soured (Picture: Reuters)He told talkradio the ‘frosty reception’ Harry received on his last trip to the UK ‘shocked him somewhat’ and may have put him off flying back again in the near future.
Tensions between princes have been high since Harry’s decision to leave his role as a senior royal and move to the US with Meghan.
The couple’s interview with Oprah Winfrey – in which they accused the royal of racism – exacerbated the issues still further.

The so-called ‘fab four’ have barely spoken since Harry and Meghan moved to the US (Picture: Getty Images)More: Prince Harry

The brothers took their first steps to repairing the relationship at the Duke of Edinburgh’s funeral but experts believe there is still a long way to go.
A new Diana statue is set to be unveiled in Kensington on what would have been her 60th birthday.
Plans for the memorial have been closely guarded with the planners at the Royal Borough of Kensington and Chelsea said to have given their approval without seeing an image of what it might look like.
The princes, who commissioned the statue, signed off on the plans last month, according to reports.
Get in touch with our news team by emailing us at webnews@metro.co.uk.
For more stories like this, check our news page.