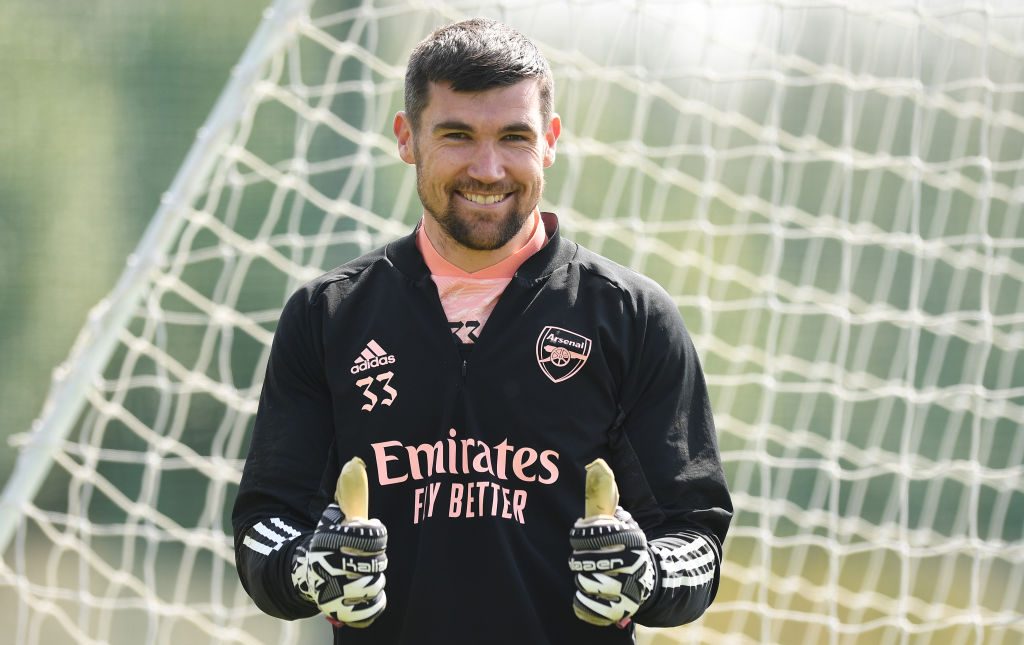 The Aussie shot-stopper has been picked to start for a second successive league game (Picture: Getty)Arsenal boss Mikel Arteta says he has ‘learnt his lesson’ from previous matches and decided to ring the changes for the Gunners’ clash with Newcastle in order to avoid any injuries.
The Spanish coach has made eight changes from the side that lost 2-1 to Villarreal on Thursday evening in their Europa League semi-final first leg in Spain.
Only three players have retained their place in the starting XI: Martin Odegaard, Granit Xhaka and Dani Ceballos – who was sent off against Villarreal and is ineligible for the second leg.

Ceballos keeps his place despite being sent off against Villarreal (Picture: Getty)Pierre-Emerick Aubameyang makes his first start since recovering from malaria, Gabriel Martinelli is back in the side and Mat Ryan starts for the second successive league game after Bernd Leno’s error against Everton.
Asked to explain his decision to make so many changes, Arteta told Sky Sports before the game: ‘It was just to prepare for today’s game the best possible way.
‘We played 40 minutes with 10 men, we had a crazy schedule and players didn’t recover. And we know the risks we are taking every week.
More: Arsenal FC

‘Last week we learnt a lesson with Laca [Alexandre Lacazette], we lost him, we lost so many players in the last weeks, and we need fresh players as well.’
Aubameyang came off the bench late on against Villarreal and very nearly scored an equaliser, though Arteta does not expect him to play 90 minutes against Newcastle as he recovers from his illness.

Arteta is keen to be cautious with his injury-hit Arsenal squad (Picture: Getty)Asked for an update on the Gunners’ top scorer, Arteta said: ‘Well he’s been progressing every week.
‘Against Villarreal he could only play 10-15 minutes. But he’s feeling better every day. Let’s see how long he lasts, but it’s a good way to see where he’s at in terms of fitness.’
There has been less progress on potential returns for Lacazette and Kieran Tierney, with Arteta saying of the pair: ‘They haven’t trained with us yet so it’s very unlikely to have them ready in the next few games.’