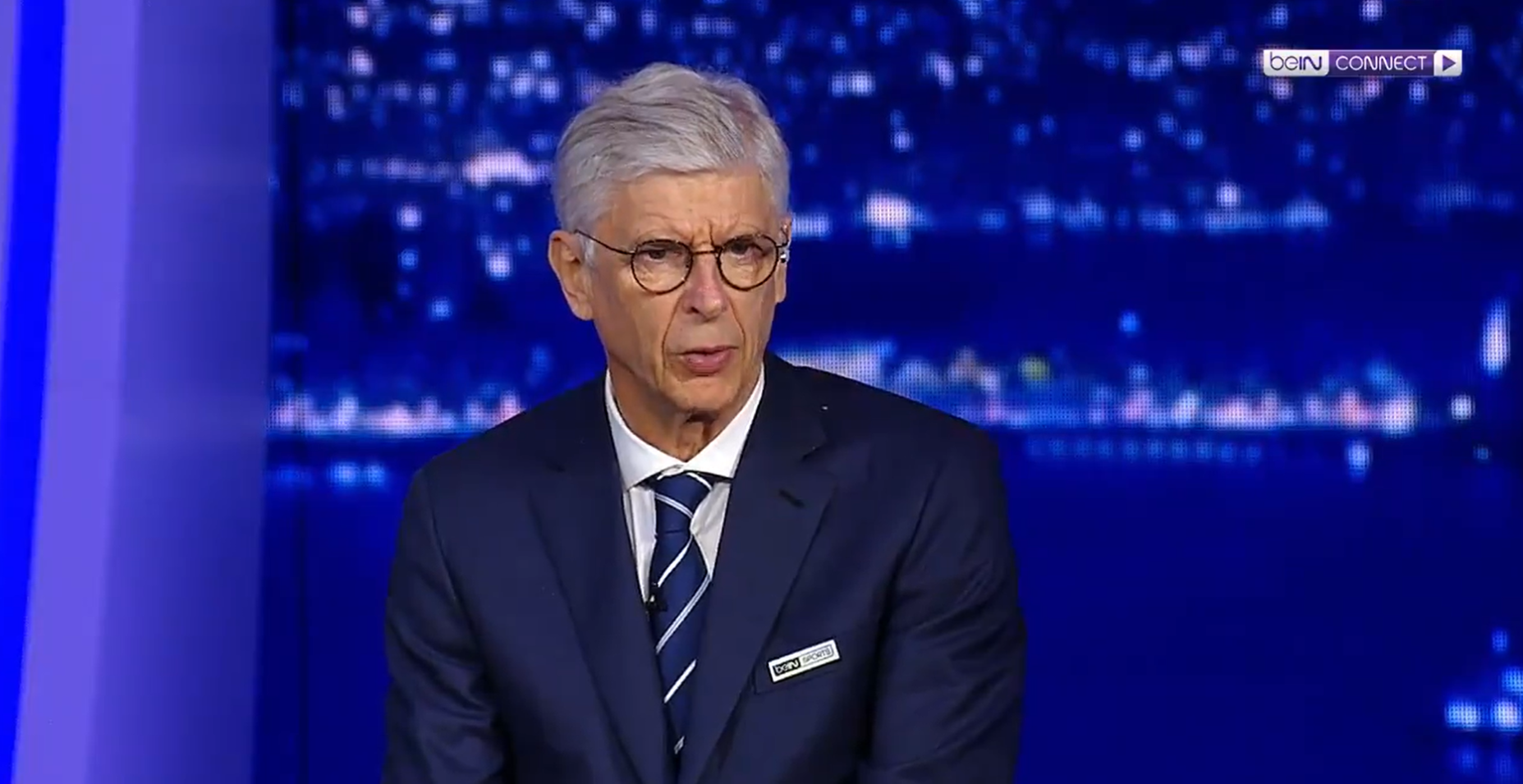 Former Arsenal manager Arsene Wenger slammed Manchester City star Fernandinho (Picture: beIN SPORTS)Former Arsenal manager criticised Fernandinho of ‘provoking’ Angel Di Maria during Manchester City’s Champions League semi-final win over Paris Saint-Germain and said he ‘did not like how he behaved’.
Di Maria was sent off for violent conduct during PSG’s 2-0 defeat to Man City at the Etihad after clashing with Brazilian midfielder Fernandinho.
Wenger told beIN SPORT: ‘I have to say I don’t like how Fernandinho behaved tonight. It’s provocative.
‘If you send Di Maria off, you have to send Fernandinho off as well, for me.
‘He should already have had a yellow card and then he was provoking Di Maria. They both should have been off.’
On Manchester City’s 4-1 aggregate victory, Wenger added: ‘Overall, Manchester City had less weaknesses than PSG.
‘You could say that PSG tonight played well, they showed top quality in some aspects of their game, but they were caught twice by counter-attacks.
‘Overall, I would say that for them now it’s important to analyse where they can improve, and it’s at the back. The defence, at the moment, is not good enough to win the Champions League.
‘They have huge potential but that’s where they need to correct it. They also need to become more calm and concentrated.
‘We cannot ignore that they finished both games with ten men. So it’s repeated as well. They need to improve their discipline when things don’t go well.’
More to follow…
Follow Metro Sport across our social channels, on Facebook, Twitter and Instagram.
For more stories like this, check our sport page.