HomeBusinessMay The Fourth Be With You: Stars speak out to celebrate Star...
BusinessGeneralScienceTechnologyWorld News

May The Fourth Be With You: Stars speak out to celebrate Star Wars Day 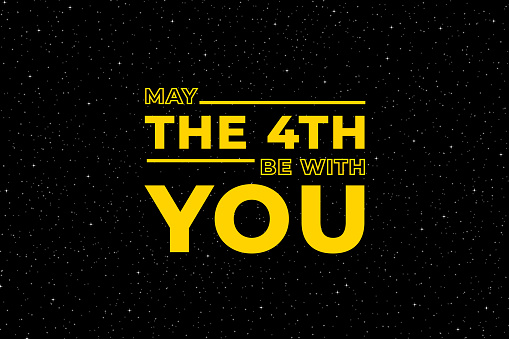 Happy Star Wars Day! (Picture: Getty Images/iStockphoto)Actors from the Star Wars films have taken to social media to celebrate May 4 with fans, also known (apparently still unofficially) as Star Wars Day.
Through its legacy and sheer popularity, the Star Wars franchise has seen millions of people embracing the tradition of sharing ‘#MayThe4thBeWithYou’ messages online on this day each year.
With nine films in the main Skywalker saga, plus standalone films, TV series, animations and more projects in the works with Disney, there were plenty of stars – from Mark Hamill to Pedro Pascal – hopping online to share in the celebrations.
Luke Skywalker actor Mark shared a droll tweet, declaring: ‘I’m beginning to accept the fact that I’ll probably never do another movie that gets its own day.’
C-3PO actor Anthony Daniels took the opportunity to share a reading of another chapter from his book, acknowledging this as the second Star Wars day ‘in Covid’ and telling everyone ‘Stay Safe and the Force will be with you…’

To Celebrate this date in 2021, still sadly in Covid, I thought we might all sit round the fire and listen to another excerpt from my book. OK, there’s no fire and we can’t sit together but we can listen. Stay Safe and the Force will be with you… here:https://t.co/xCPnQf81d3 pic.twitter.com/6BONLNJ50G— Anthony Daniels (@ADaniels3PO) May 4, 2021

Pedro was ready with a behind-the-scenes snap in full Din Djarin costume, but face showing in a distinctly un-Mandalorian fashion, labelling it ‘helmet head realness’.
Pedro’s former co-star Gina Carano also acknowledged the day, taking it as an opportunity to thank her fans for their support following her firing from the Mandalorian in February for controversial views she shared on Twitter.
Original Lando Calrissian actor Billy Dee Williams said: ‘May the Fourth shine extra bright for everyone this year and May the Force always be with you’, while Samuel L. Jackson, Mace Windu in the prequels, shared a photo of himself in a lightsaber T-shirt.
New Chewbacca performer Joonas Suotamo tweeted a photo of himself with a very appropriate Wookiee mug and celebrated the ‘many outstanding people’ he’d met through the franchise, saying that ‘Star Wars has always been about family, friends, and fans’.
Stars of Star Wars: The Bad Batch also took the opportunity to get involved in time for the new animated series’ release today on Disney Plus.
The new series follows a group of elite and experimental clones called Clone Force 99, who refer to themselves as The Bad Batch and made their first appearance in the final season of The Clone Wars.
The first episode of Star Wars: The Bad Batch is available to watch on Disney Plus.
Got a story?
If you’ve got a celebrity story, video or pictures get in touch with the Metro.co.uk entertainment team by emailing us celebtips@metro.co.uk, calling 020 3615 2145 or by visiting our Submit Stuff page – we’d love to hear from you.

MORE : May The 4th Be With You: Star Wars questions for your virtual pub quiz

MORE : What order should you watch the Star Wars films in?