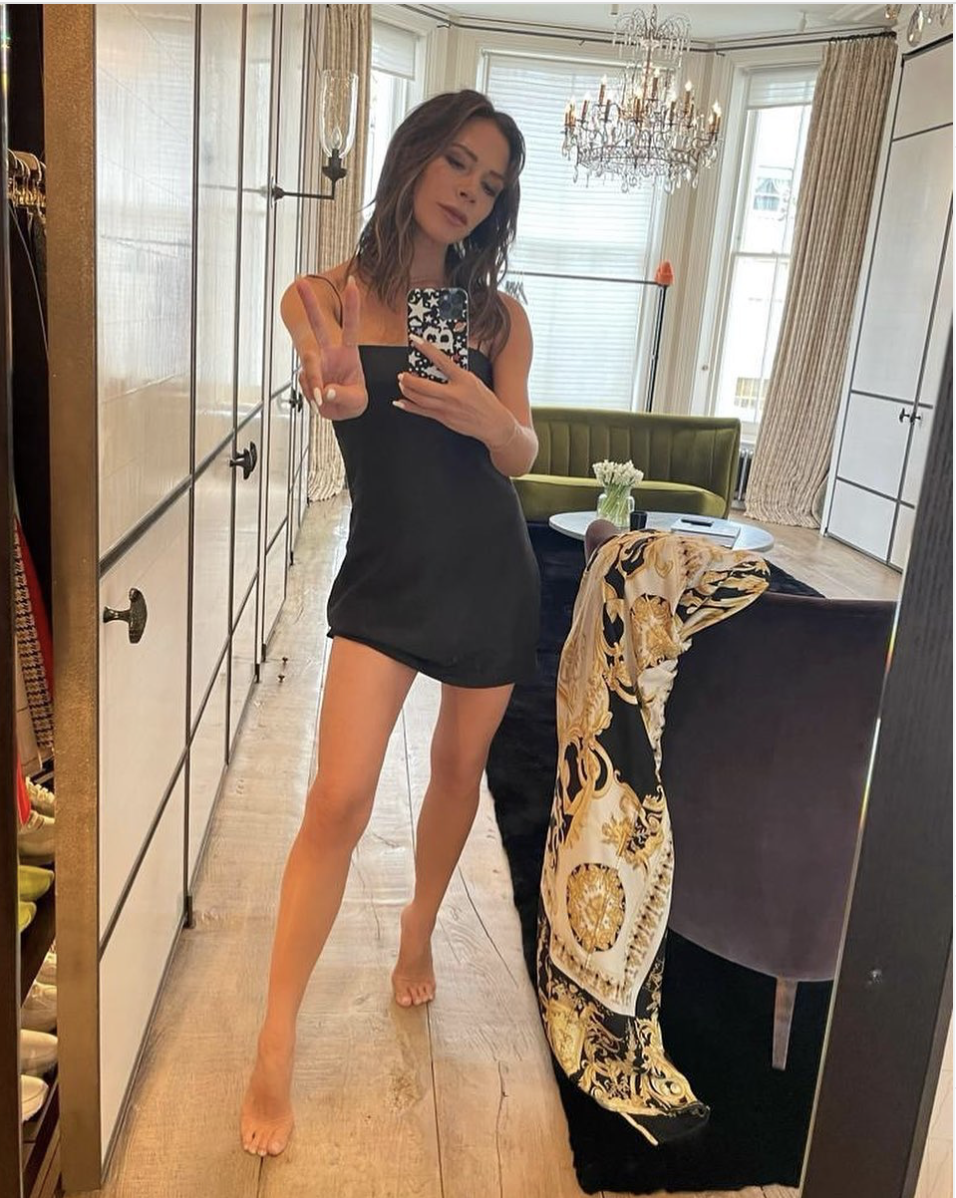 Victoria Beckham has given us serious Spice Girls nostalgia (Picture: Instagram)Victoria Beckham has made us all nostalgic for the Spice Girls by rocking a look that is straight out of Posh Spice’s closet.
The singer turned designer, 47, shared a mirror selfie of her in a black silky minidress complete with spaghetti straps as she threw up a peace sign, a pose she would famously pull in the band.
Acknowledging the nostalgic photo, she captioned the picture: ‘Hoping you all have a spicy Saturday!! Kisses!’
Victoria’s post comes after she laughed off the rumours of a sequel to Spice World: The Movie being in the works.
It had been rumoured that Mel C, Mel B, Geri Horner and Emma Bunton had signed up for the movie and were waiting to see whether Victoria would do the same.
She posted a report of the story and commented, ‘Has someone got something to tell me?!’ adding a confused and crying laughing emoji.
Victoria had previously stepped down from the band’s reunion tour so fans had been hopefully the five of them may once again reunite for the potential film.
While a movie might not be happening, Victoria did bless fans with a pretty epic anecdote this week – revealing that Beyonce was a fan of the Spice Girls.
She said on the Breaking Beauty podcast: ‘I met Beyoncé a few years ago and she actually said to me, “It was the Spice Girls that inspired me and made me want to do what I do and made me proud to be a girl.”
More: Victoria Beckham

‘And when someone like Beyoncé who is so iconic and such a strong woman says that she was inspired by the Spice Girls – I think that that’s quite something.’
Given that the Spice Girls’ message was all about Girl Power, it’s no surprise their message inspired an equally as incredible woman to pursue her dream too.
Got a story?
If you’ve got a celebrity story, video or pictures get in touch with the Metro.co.uk entertainment team by emailing us celebtips@metro.co.uk, calling 020 3615 2145 or by visiting our Submit Stuff page – we’d love to hear from you.