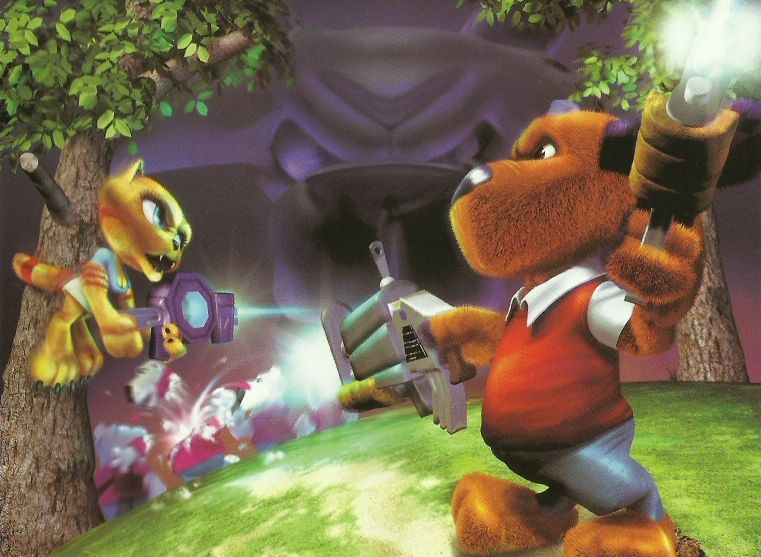 Weirdest of the weirdOne of the most interestingly obscure games I played was Gregory Horror Show for the PlayStation 2. It was recommended, as usual, from GC viewers and GameCentral themselves, and it was the case of seeing is believing. As I could not fathom how this game played out without seeing and playing it for myself!
You play a box-headed Minecraft looking character exploring a hotel looking for souls, after finding refuge from the forest and stumbling across it accidentally.
A mouse type creature called Gregory lets you in and shows you to your room, where you have a bad dream and see Death. He wants a number of souls, after which he will in turn allow you to escape the hotel. You then get to meet your guide for the hotel’s exploration, a stitched up cat called Neko Zombie who you help out as you learn about stealthy soul stealing!
The intriguing thing about the game is the spying through keyholes and hiding in cupboards and whatnot. And trying to gain information about other hotel guests for stealing their souls, which makes them turn bad and give chase to you instead of fearing you.
The game sounds bonkers, but I found the scouting of the guests from the shadows, and having to get through the increasingly crowded corridors as more guests appear, quite thrilling. It was a great curiosity game and after a confrontation with your mother you get a far-out explanation for the hotel’s existence.
It’s a very clever and unique game indeed, in my opinion, and I can’t think of anything else like it. It looked like a kids’ cartoon and graphically was nothing amazing, but the feeling and atmosphere was unforgettable. Well recommended if you can get your hands on it for sure.Alucard
E-mail your comments to: gamecentral@metro.co.uk
The small printNew Inbox updates appear every weekday morning, with special Hot Topic Inboxes at the weekend. Readers’ letters are used on merit and may be edited for length and content.
You can also submit your own 500 to 600-word Reader’s Feature at any time, which if used will be shown in the next available weekend slot.
You can also leave your comments below and don’t forget to follow us on Twitter.