HomeBusinessVoter ID plans 'could make it even harder for blind people to...
BusinessGeneralScienceTechnologyWorld News 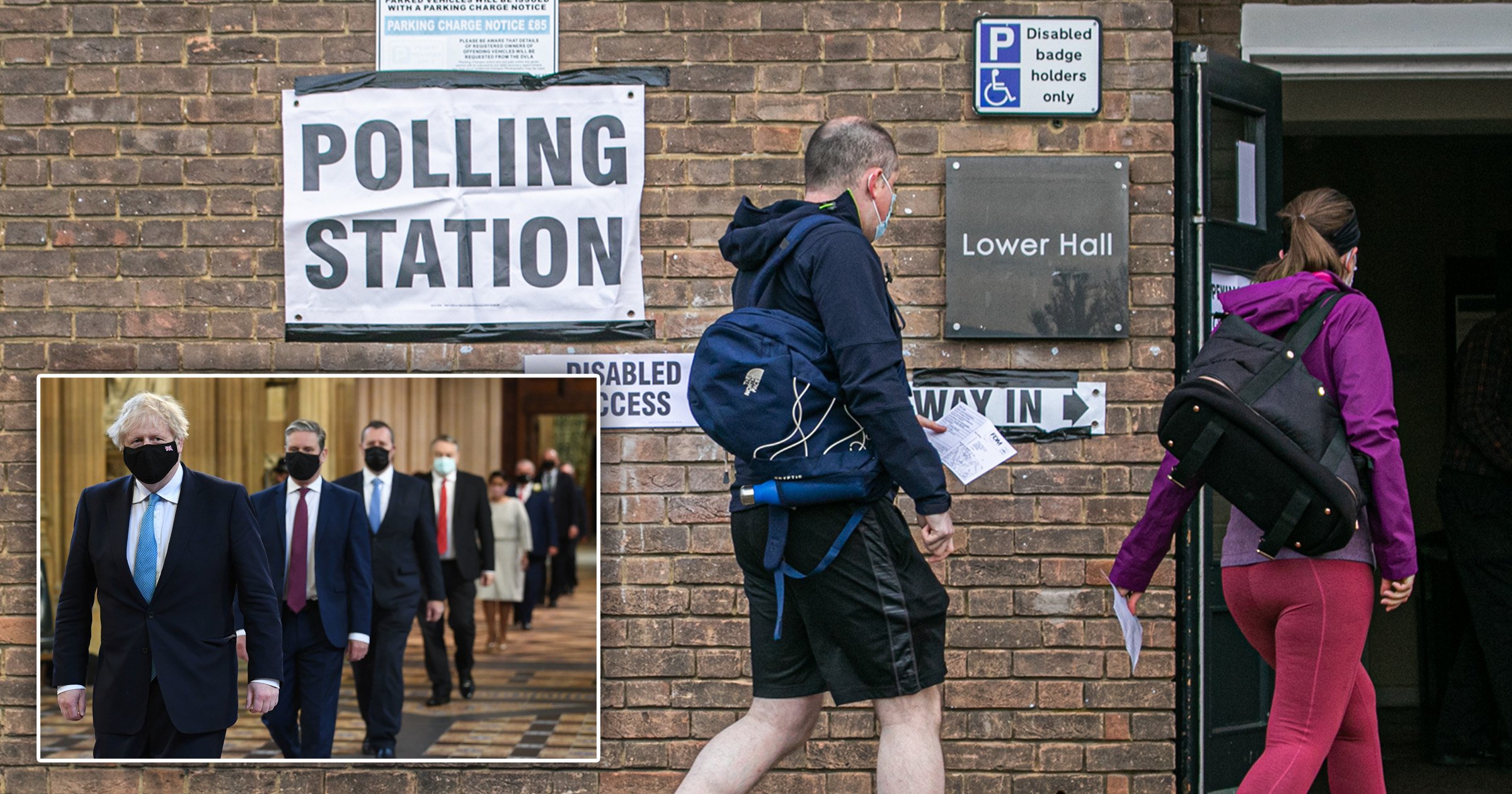 Campaigners and MPs have hit out at the Government’s voter ID proposals (Picture: PA/Splashnews)Disability campaigners have warned the Government’s plan to introduce a voter ID system could further disenfranchise blind and partially sighted people.
Following the Queen’s Speech today, ministers are to introduce controversial measures to require people to produce proof of identity when going to vote.
Critics have warned that tens of thousands of voters risk being disenfranchised because they do not have any suitable form of ID.
According to the Royal National Institute of Blind People (RNIB) some blind people have had their IDs rejected in the past because their eyes were out of focus in the photo used.
The charity’s Policy and Campaigns Officer Mike Wordingham told Metro.co.uk: ‘I think some of the problems are there’s always a lot of barriers for blind and partially sighted people as it is.
‘Only one in 10 partially sighted or blind people said they were able to vote in secret. To put up another battier for them to vote is really challenging.
Mr Wordingham demanded further clarity from the Government about what would and wouldn’t be accepted as a valid form of ID.

Boris Johnson has called the plans a ‘reasonable approach’ to tackle voter fraud (Picture: PA)In response, the Cabinet Office told Metro.co.uk that a broad range of documents would be accepted, including travel passes and blue badge permits.
A trial of the scheme during local elections in 2019 saw 800 people turned away from polling stations because they did not have a valid form of ID.
The Government has tried to put minds at ease by allowing people to get a free voter card from their local authority.
But MPs and civil liberty campaigners have called the proposals an unnecessary extra barrier, considering how rare voter fraud is in the UK.
Helen Moulinos, chief executive of POhWER, a charity advocating for disadvantaged and vulnerable people people, called the plan a ‘disproportionate sledgehammer solution which will leave many marginalised people behind and create a two-tier system’.
More: Boris Johnson

She told Metro.co.uk: ‘We know that an estimated 3.5 million UK citizens do not have access to a photo ID and 11million do not hold a current passport or driving license.
‘There is a significant population in the UK who have no reason to hold a photo ID because they don’t travel and do not drive – this includes an older generation in care homes, people living in prison settings, those living in poverty or on benefits, people living in mental health institutions or long term care in hospitals and many disabled people with mobility issues.
‘Today, these groups all have a choice, a vote a voice in our democracy. A photo ID would potentially shut down their access to exercise their voting right and have a voice in shaping our democracy.
‘We would be poorer as a society to not hear these voices and could potentially elect representatives in our Government who do not champion their causes and skew decision making.
‘The right to participate in the democratic process of voting is critical for many of POhWER’s adult beneficiaries, who are fighting social injustice in their own lives.

Former cabinet minister David Davis called the scheme an ‘illiberal solution in pursuit of a non-existent problem’‘Obtaining a photo ID is not likely to be their key priority in lives that may be in crisis. For example, someone with a learning or sensory disability, obtaining a photo ID could be a complex difficult process.
‘This past year, we estimate POhWER received 87,000+ calls into our Help Hub which related to people living financial, fuel poverty crisis – many of whom could not navigate the Government’s systems without a photo ID.
‘We have seen a sharp increase in people accessing benefits this year of the pandemic – many of whom had trouble navigating without a photo ID.
‘We do not need to create additional barriers to stop people exercising their voting rights and have their voices be counted.’
The Electoral Reform Society has relaunched its petition to scrap the plans. The campaign group’s director of policy and research Dr Jess Garland said: ‘This policy is misguided and wrong, and risks pulling up the drawbridge to people across the country.
More: World

At a cost of up to £20million per election, this is a colossal waste of energy and resources at a time when we should be focusing on the UK’s recovery.
‘According to the Government’s own figures, 3.5million citizens do not have access to photo ID and 11million citizens do not have a passport or driving licence.
‘Research from 2019 estimated that 1.3 million people in the UK do not even have a bank account.That makes mandatory voter ID a barrier to many people exercising their right to vote.
‘Let’s not forget that the PM once pledged to “eat” his ID if he was forced to show it by the Government – now something he is legislating to do.
‘If mandatory ID were to be rolled out nationally, it could result in tens of thousands of voters being denied a say every election.

‘Ministers should focus on the real problems facing our democracy instead, not least the nine million missing from the electoral roll, and Westminster’s warped political system.’
Labour’s shadow justice minister David Lammy called he scheme a ‘cynical and ugly attempt to rig the system to disempower the poorest and most marginalised groups’.
Conservative MP and former cabinet minister David Davis told the Independent: ’It’s yet another unnecessary ID card approach from the Government. There’s no evidence that I’m aware of that there is a problem with voter fraud at polling stations.
‘It’s actually quite difficult to do. Somebody else might turn up, they might have voted already.
‘It’s illiberal. It’s an illiberal solution in pursuit of a non-existent problem. If you’ve got an ID card, you’re putting a barrier in the way of people to exercise their own democratic rights, which is not necessary and shouldn’t be there.’
Defending the proposals, Boris Johnson’s official spokesman said: ‘Showing ID to vote is a reasonable approach to combat the inexcusable potential for voter fraud in our current system and to strengthen the integrity of our elections.
‘Showing ID is something people do when they pick up a parcel at the post office or a library book.
‘The 2019 voter ID pilots showed that in elections where photo ID was required, 99.6% of electors were able to cast their votes without a problem.’
Get in touch with our news team by emailing us at webnews@metro.co.uk.
For more stories like this, check our news page.