When is Sue Barker leaving A Question of Sport? Final episode date revealed 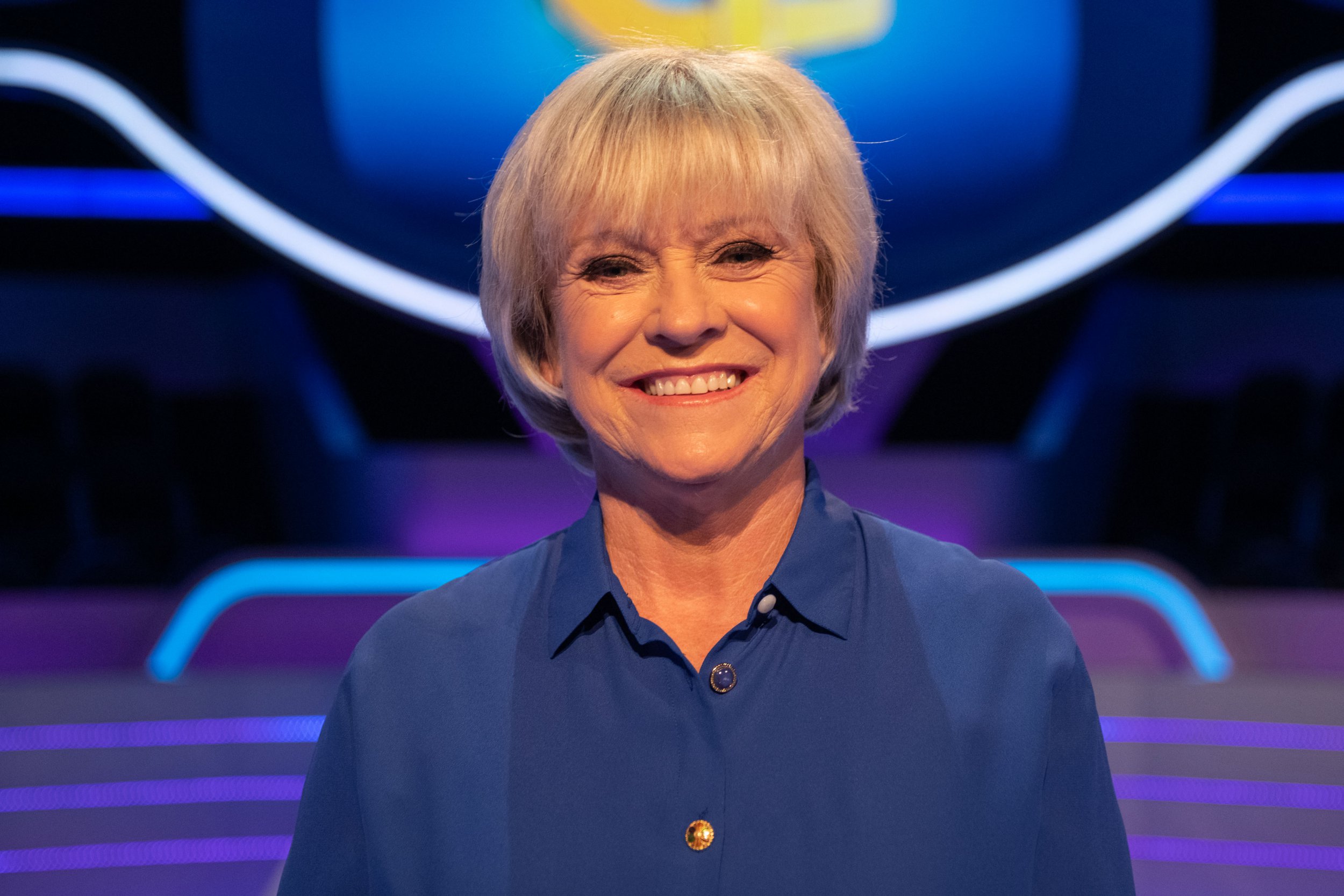 Sue Barker’s last ever Question Of Sport episode is on the way (Picture: BBC)A Question Of Sport’s Sue Barker is gearing up for her last ever episode on the show.
It was announced last year that the presenter would be stepping down from the BBC sports game show after 24 years at the helm, with team captains Matt Dawson and Phil Tuffnell also leaving the series.
‘We would like to thank Sue for her enormous contribution as the show’s longest-reigning host over the last 23 years and Matt and Phil for their excellent team captaincy over 16 and 12 years respectively,’ a BBC spokesperson said at the time.
‘Together they have ensured A Question Of Sport remains a firm favourite with the BBC One audience.’
The BBC has now confirmed when Sue’s last appearance on the show will be.
Want all the lowdown? We’ve got you covered.
When is Sue Barker leaving A Question of Sport?

Sue Barker has fronted the show since 1997 (Picture: BBC)The last episode of A Question Of Sport’s 50th series is set to air on Friday, May 28.
The BBC has confirmed this will mark Sue Barker’s final appearance.
Why is Sue Barker leaving A Question of Sport?
Sue Barker, a former tennis ace, has been on the series since 1997, keeping up the show’s tradition of having a former sports star in the hot seat.
It was announced in September that she would be calling it quits as part of a major shakeup, with the BBC confirming the current season would be her last.
It was also confirmed that Matt Dawson and Phil Tuffnell would be leaving too.
On the news of her departure, Sue said: ‘I’ve absolutely loved my 24 years fronting A Question of Sport, it’s been my dream job.
‘But I understand the BBC want to take the show in a new direction and I’m sad to say goodbye.’
The BBC was hit with ageism claims following the shake-up, with Sue and Matt seemingly confirming their exit wasn’t their choice.
Who will replace Sue Barker on A Question of Sport?
The BBC has yet to announce who will be replacing Sue Barker on A Question Of Sport.
Last year, Gary Lineker prematurely congratulated Alex Scott as the new presenter of the series.
Despite all the applause, a BBC spokesperson told Metro.co.uk: ‘This is all speculation and no conversations have been had about the future line-up.’
More recently, it’s been claimed that the broadcaster is looking to turn the show into ‘a cross between Have I Got News For You and A League Of Their Own.
More: Sue Barker
According to reports, bosses are hoping to sign a comedian to host the programme, although nothing has yet been confirmed by the broadcaster.
A Question Of Sport airs Fridays at 7.35pm on BBC One.
Got a story? If you’ve got a celebrity story, video or pictures get in touch with the Metro.co.uk entertainment team by emailing us celebtips@metro.co.uk, calling 020 3615 2145 or by visiting our Submit Stuff page – we’d love to hear from you.