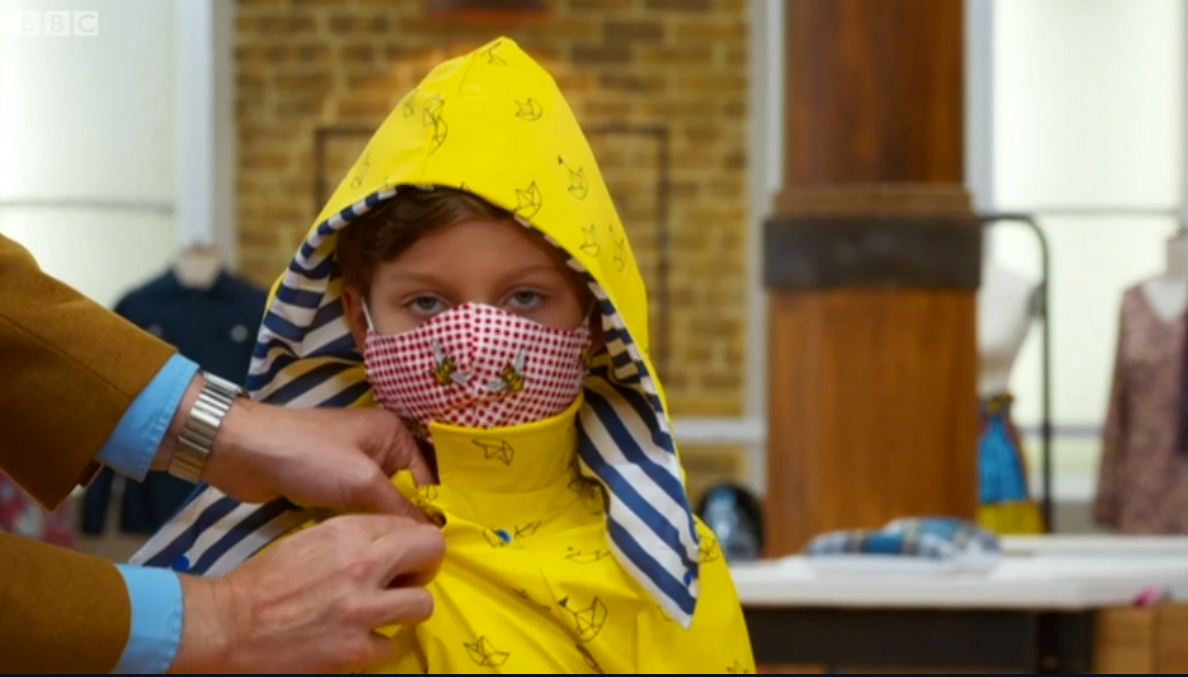 Adam’s time on the show has come to an end (Picture: BBC)Great British Sewing Bee viewers have been left ‘gutted’ after fan favourite Adam was eliminated.
It was children’s week on the show, with the sewers being tasked with making rompers, fun fancy dress costumes, and finally raincoats for their little models.
While Adam had pulled off the first two challenges pretty well, things fell apart for him in the final challenge,
Attempting to make a yellow nautical-themed coat, he admitted he ran out of time and wasn’t able to finish the garment.
‘It isn’t well-made at all,’ judge Esme Young told him, with Patrick Grant adding that it was also too small.
After he was told his time had come to an end on the show, Adam still had a smile on his face, explaining: ‘I’m disappointed in myself that I’m going but I’m taking the positive from this experience.
‘I’ve enjoyed it so much and learnt so much.’
However, fans weren’t too happy.
‘Gutted Adam has gone,’ one said, while another added: ‘So sad to see Adam leave, what a lovely lad, just a bad day.’
‘Gutted to see Adam go out of #sewingbee loved his ideas really thought he was a potential winner… Seems a proper lovely person too.’
Meanwhile, other viewers urged the show to take inspiration from RuPaul’s Drag Race and create an All Stars version of the show so as they could see Adam back on their screens.

Gutted heâs going. He is not only adorable but hugely talented. I had him pinned for the final. The #SewSolidCrew loves you, Adam. Needs to return in an ALL STARS#SewingBee !!!— Dr Mand (@mandapen) May 12, 2021

someone commission Sewing Bee: All Stars just so that Adam can win that instead. #SewingBee— Ariadne Griffin ð¦ (@Ariadne_Griffin) May 12, 2021

‘Please make an All Stars,’ they said. ‘Adam is one of the most loved and most talented sewers to leave so early in a series.’
Clearly he’ll be missed!
However, many were also thrilled for sewer Farie, who landed Garment of the Week for the third time in a row – and promptly burst into tears.
Honestly, we can’t cope with the wholesome scenes.
The Sewing Bee returned to screens last month, getting fans hooked once again.
More: The Great British Sewing Bee

This year’s contestants include a cruise ship entertainer, a maths teacher and a trumpeter in a gay men’s symphony orchestra.
Each week, contestants will be tasked with a pattern challenge and a transformation challenge, before constructing a made-to-measure garment, helped along – or potentially hindered – by presenter Joe Lycett.
The Great British Sewing Bee airs Wednesdays at 9pm on BBC One.
Got a story? If you’ve got a celebriy story, video or pictures get in touch with the Metro.co.uk entertainment team by emailing us celebtips@metro.co.uk, calling 020 3615 2145 or by visiting our Submit Stuff page we’d love to hear from you.