HomeBusinessDark Side of the Ring: Nick Gage 'died for 7 minutes' after...
BusinessGeneralScienceTechnologyWorld News

Dark Side of the Ring: Nick Gage ‘died for 7 minutes’ after deathmatch 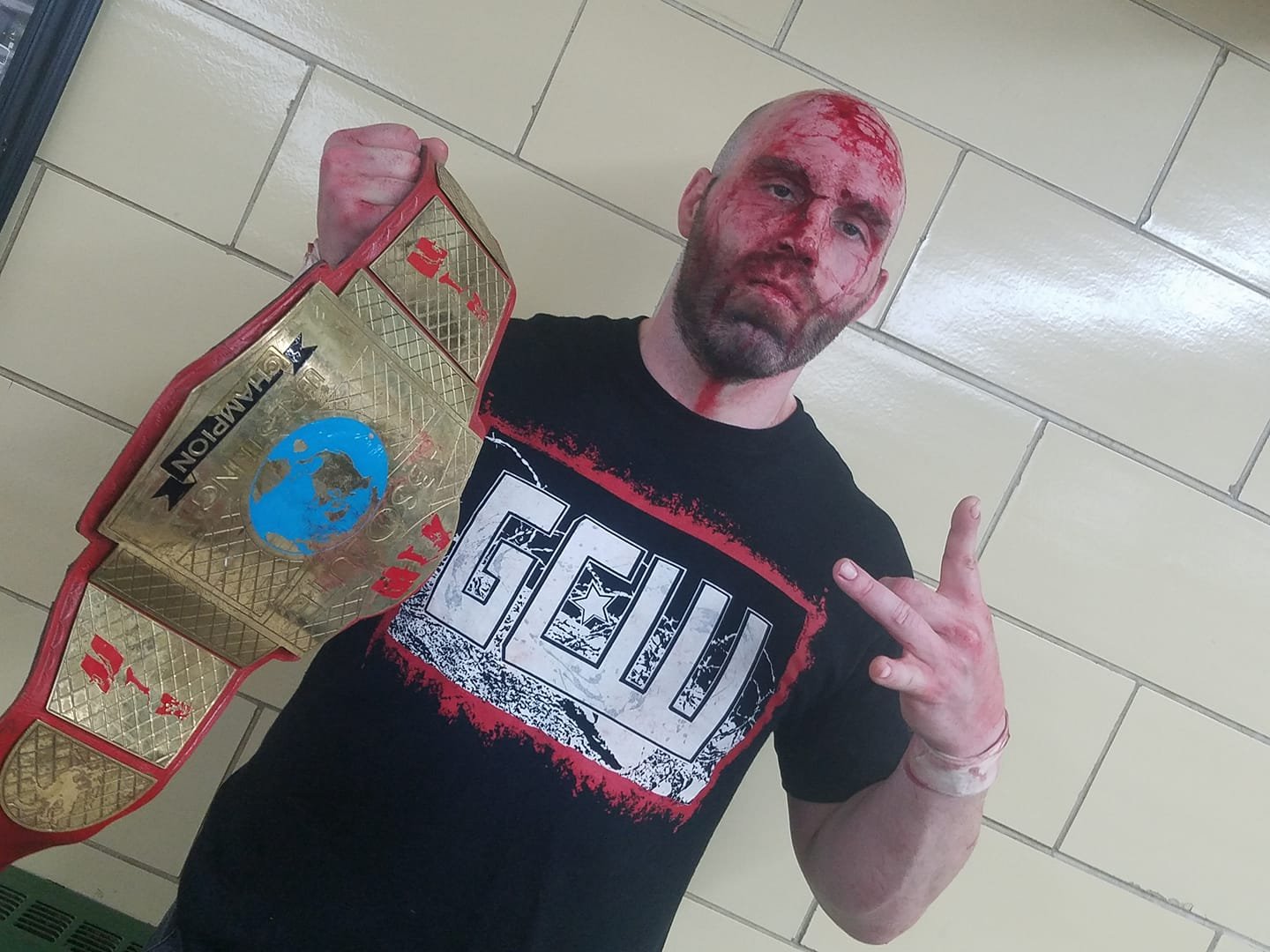 Nick is a ‘folk hero’ in the deathmatch world (Photo: Facebook/Nick Gage)Wrestler Nick Gage was legally dead for ‘seven minutes’ after horrific match at the Tournament of Death.
The final of the annual event saw the 40-year-old star take on Thumbtack Jack, and at one point he was thrown into light tubes around the floor outside the ring, with one shard piercing an artery.
As revealed in Dark Side of the Ring: The Ultra-Violence of Nick Gage, the wrestler received immediate medical attention and wasn’t allowed to get back into the ring.
AEW’s Jon Moxley recalled: ‘A guy like Nick Gage to just get up and walk off like that? You know it had to be serious.’
They couldn’t get an ambulance to him, so he had to be taken away in a helicopter, and it was during this journey he died.
‘I get in the helicopter, that’s the last thing I remember,’ Nick admitted. ‘The nurse had said, “You flatlined while you were in there and the doctors brought you back because you lost too much blood.” ‘

Moxley outlined the severity of the whole incident, while insisting the story has helped turn the deathmatch wrestler into a ‘folk hero’.
‘He was legally dead for seven minutes.,’ he said. ‘He died at a Tournament of Death.
‘It’s supposed to be turn of phrase, you’re not actually supposed to die. He did. It just cements and solidifies Nick Gage’s spot as “folk hero.” ‘
While that might faze plenty of people, Gage isn’t one of them – and it proves his love for the artform.
‘I want to do this until I can’t do it anymore,’ he admitted.
Another of Gage’s biggest deathmatches was detailed during the documentary, which saw him face off against Hollywood star David Arquette as the actor was trying to repair his reputation in the eyes of wrestling fans.

Arquette rebuilt his reputation in wrestling (Photo by Michael Bezjian/Getty Images for Mash Gallery)The former world heavyweight champion’s reign with the title in WCW has gone down in infamy, and he sought to pay back to the industry over the past few years.
Gage vs. Arquette made headlines in 2018 when the latter was rushed to hospital after being stabbed in the neck with a light tube.
They met the night before, and David admitted: ‘I knew it was real glass, I knew it was dangerous. I’m crazier than the next person – so I was into it. But I clearly said at that steak dinner, “Don’t cut me. I’m an actor so don’t cut me. I know I’ll bleed – don’t cut me.” ‘
However, Gage noted he had no intention of going easy on the actor, and eventually he brought out a pizza cutter during their match the following night.
The nastiest part of the match saw Gage smash a piece of light tube over his opponent’s head and catch him in the neck.
More: WWE

He said: ‘I stabbed him in his neck. I was like, “Oh s**t, did I just kill David Arquette?” ‘
Despite Arquette bleeding heavily and having to be taken to hospital, Gage – who claimed he forced him to stay down for a pin to finish the match – wasn’t sympathetic.
‘I’ve been doing this so long that I looked at his neck and there was nothing squirting. He was fine, he had a little bit of a cut and a leak,’ he insisted.
‘He did good until he started being a f***ing cry baby. He ran and fucking got in Luke Perry’s car and got out of there. I haven’t talked to him since.’
Got a story?
If you’ve got a celebrity story, video or pictures get in touch with the Metro.co.uk entertainment team by emailing us celebtips@metro.co.uk, calling 020 3615 2145 or by visiting our Submit Stuff page we’d love to hear from you.