Golden State will play a play-in game before facing Lakers 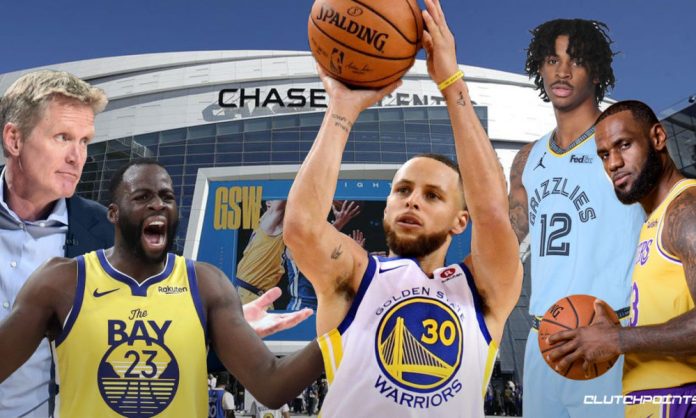 The race for an NBA play-in spot is not over yet. Even though teams have clinched play-in spots, they still haven’t clinched a berth in the specific “winners’ lane” of the play-in system. There are a few more games to be played before each team grabs their deserved place in the four-team play-in bracket. The Golden State Warriors will have to face the Memphis Grizzlies in the last game of the season on Sunday afternoon in San Francisco. The Los Angeles Lakers can wait. The matchup will guarantee which of these two teams will secure the eighth spot in the play-in portion of the postseason.

Duane Rankin of the Arizona Republic explains that teams — including the Warriors and Lakers — should not forget about the Memphis Grizzlies. Memphis is familiar with this new environment by playing in the inaugural play-in-game a season ago. The Grizzlies would fall to the Portland Trail Blazers after a back and forth matchup. The Grizzlies find themselves in the same situation, possibly having to play Golden State in the tournament.
The Warriors currently sit as the eighth seed in the play-in tournament right ahead of Memphis. Stephen Curry has continued to lead in scoring with 31.8 points per game. Golden State’s lineup changes have allowed the team to underachieve per say. The franchise had expectations for a better season and they became injury prone. Golden State is fighting to play in their ninth postseason in 10 years.
The Grizzlies and the Warriors have faced off twice this season, splitting the season series.
With Golden State to their first game of the mini-series, Andrew Wiggins contributed 40 points on a short-handed Warriors team. Before their last game against Memphis, Golden State will have to face the New Orleans Pelicans Friday night. The Pelicans have recently been eliminated from playoff contention.

Learn About These 3 Most Common Nutrient Deficiencies Before You Regret

Have You Experienced The Magical Health Effects Of Eucalyptus Leaves In Shower?