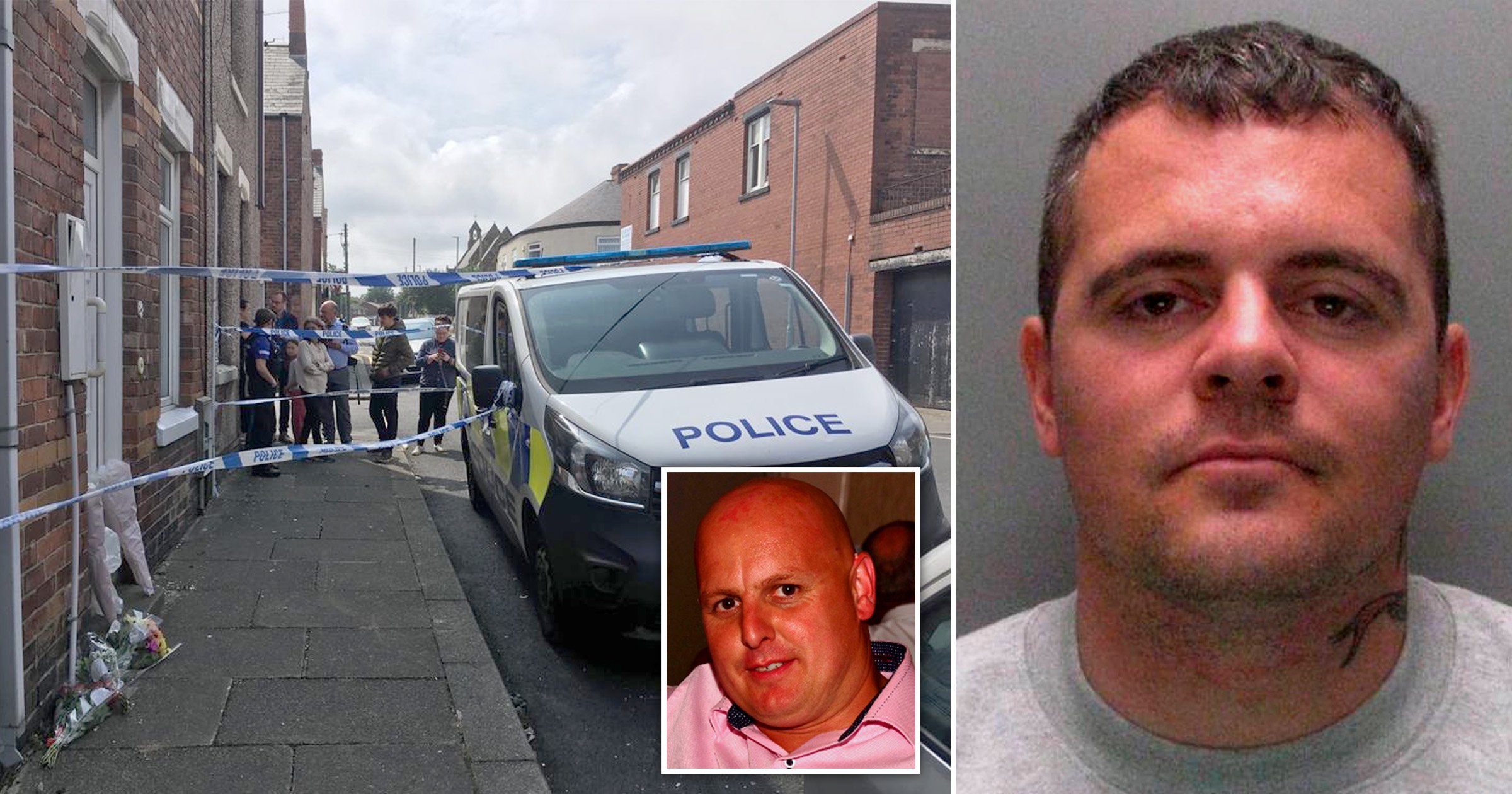 John Littlewood, 36, was killed while asleep in his own bed (Picture: North News and Pictures)Mr Littlewood’s on-off partner, Julie Muir, had become worried after not hearing from him for a few days.
Mr Wright said she went to his home on July 30, adding: ‘She found the back door unlocked but closed and she went inside the property.
‘She went upstairs to the main bedroom where she discovered the body of John Littlewood, lying in bed surrounded by blood stains. He was dead and had been for some time.
‘The prosecution alleges that Mr Littlewood had been murdered in his bed by an assailant who had used a weapon, most likely a hammer, to rain down multiple blows on his head and face, causing devastating injuries to his brain.
‘No weapon was found at the scene and it’s a sensible conclusion that the killer had removed it.’

Police at the scene after Mr Littlewood’s body was found (Picture: NCJ Media)The court was told Bates and his partner, Tracey Bunney, had spent the day drinking with Mr Littlewood – known as John D – before they argued.
But later CCTV footage showed Bates bare-chested, walking back towards his home from the direction of Third Street, after carrying out the vicious attack in the middle of the night.
Other footage showed the friends visiting shops before their day of drinking exploded into violence.
His partner, Tracey Bunney, was cleared of murder following her trial at Teesside Crown Court.
More: Crime news

But two other defendants were found guilty of crimes relating to the murder.
Donna Balfour, 36 and of Ninth Street in Blackhall, pleaded guilty to perverting the course of justice by interfering with a CCTV system at her home to attempt to delete footage.
Her partner, James Riley, 31 and also of Ninth Street, previously pleaded guilty to intending to pervert the course of justice, witness intimidation, and a further count of assault occasioning actual bodily harm in relation to a separate incident.
Get in touch with our news team by emailing us at webnews@metro.co.uk.
For more stories like this, check our news page.