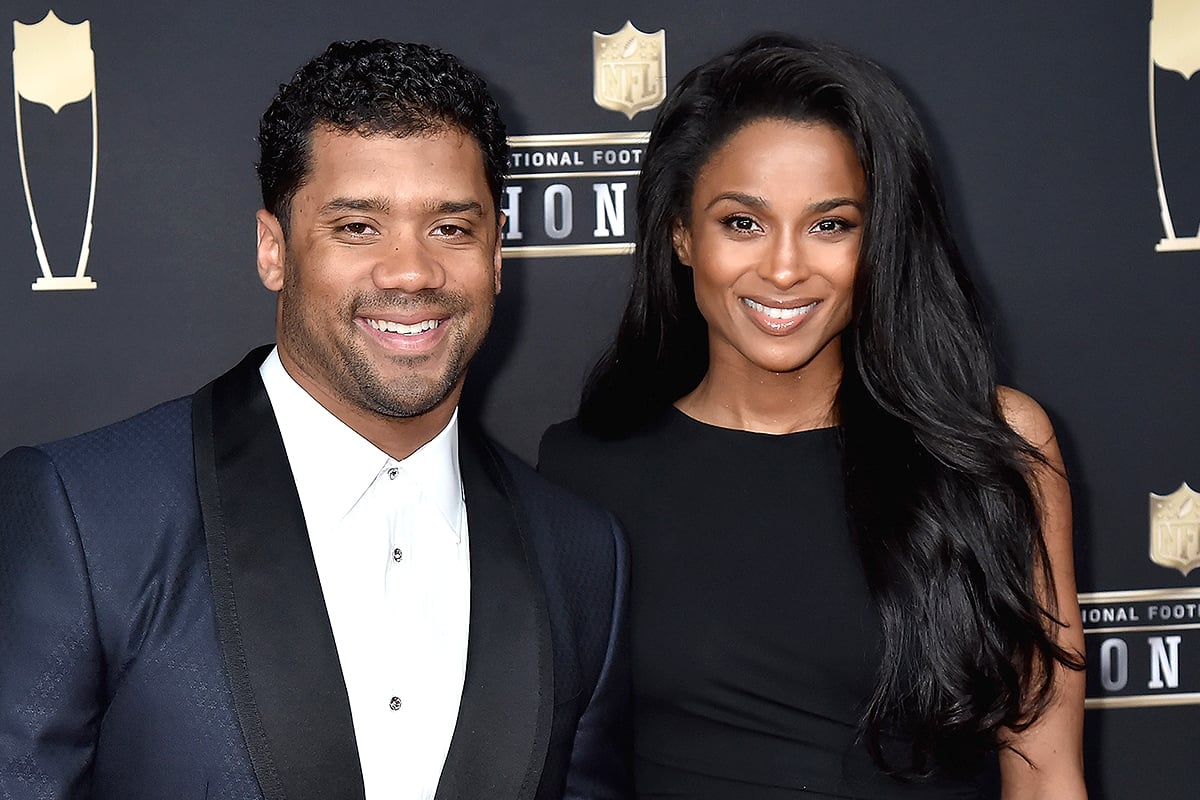 Ciara and Russell Wilson signed a deal with Amazon Studios. Check out the available details below. ‘The Wilsons are over there getting to the bag for sure. Their latest venture is within the film and television industry, and they have locked in a deal with one of the biggest streaming services. ’ TSR said. RELATED: Ciara Makes Fans Happy With A Pregnancy Photo Shoot – She’s Flaunting Her Flawless Body In A Swimsuit TSR quotes data from Hollywood Reporter and reveals that ‘Russell Wilson and Ciara have signed a first-look deal with #AmazonStudios, and through the deal, they will produce films and scripted series via their Why Not You production company.’ According to the same notes, the couple expressed their excitement for the deal and said, ‘We’re so excited and honored to work with Amazon Studios. They’ve quickly become one of the most exciting studios in entertainment and have shown a strong belief in our vision to bring inspiring stories to the world. We can’t wait to begin our work together.’ Someone said: ‘Securing MULTIPLE bags and minding the business that pays them LITERALLY! I’m here for it! 👏🏼👏🏼’ and a commenter posted this: ‘Why I thought it says them over💔😫.’ RELATED: Ciara Sparkled In Jadelle Diamonds At The American Music Awards — See The Jewels She Wore One other commenter said: ‘Y’all know they weren’t broken up y’all just wanna be negative and miserable there wasn’t any squiggly lines between or none stop being trifling.’ Another fan dropped this message in the comments section: ‘A good man, beta or alpha, can elevate a cooperative woman any day.’ One follower posetd this: ‘Y’all almost scared me. Thought it was a breakup announcement lol 🥴🤦🏽‍♀️’ and another follower posetd this message: ‘boss moves and babies are the only news we hear about them LOVE IT.’ Someone said: ‘When you marry a good wife, doors and opportunities will begin to open for you👏’ and one other commenter posetd this: ‘When you live right and God blesses your Union life looks like this 💪🏽.’ Stay tuned for more news about your favourite celebrities.

See also  Alex Rodriguez SHOCKED by Jennifer Lopez and Ben Affleck REUNION!!!!
Facebook
Twitter
Pinterest
WhatsApp
Previous articleUK weather: Why is it so cold in May 2021?
Next articleStephen Curry fired up by Nico Mannion behind-the-back passes