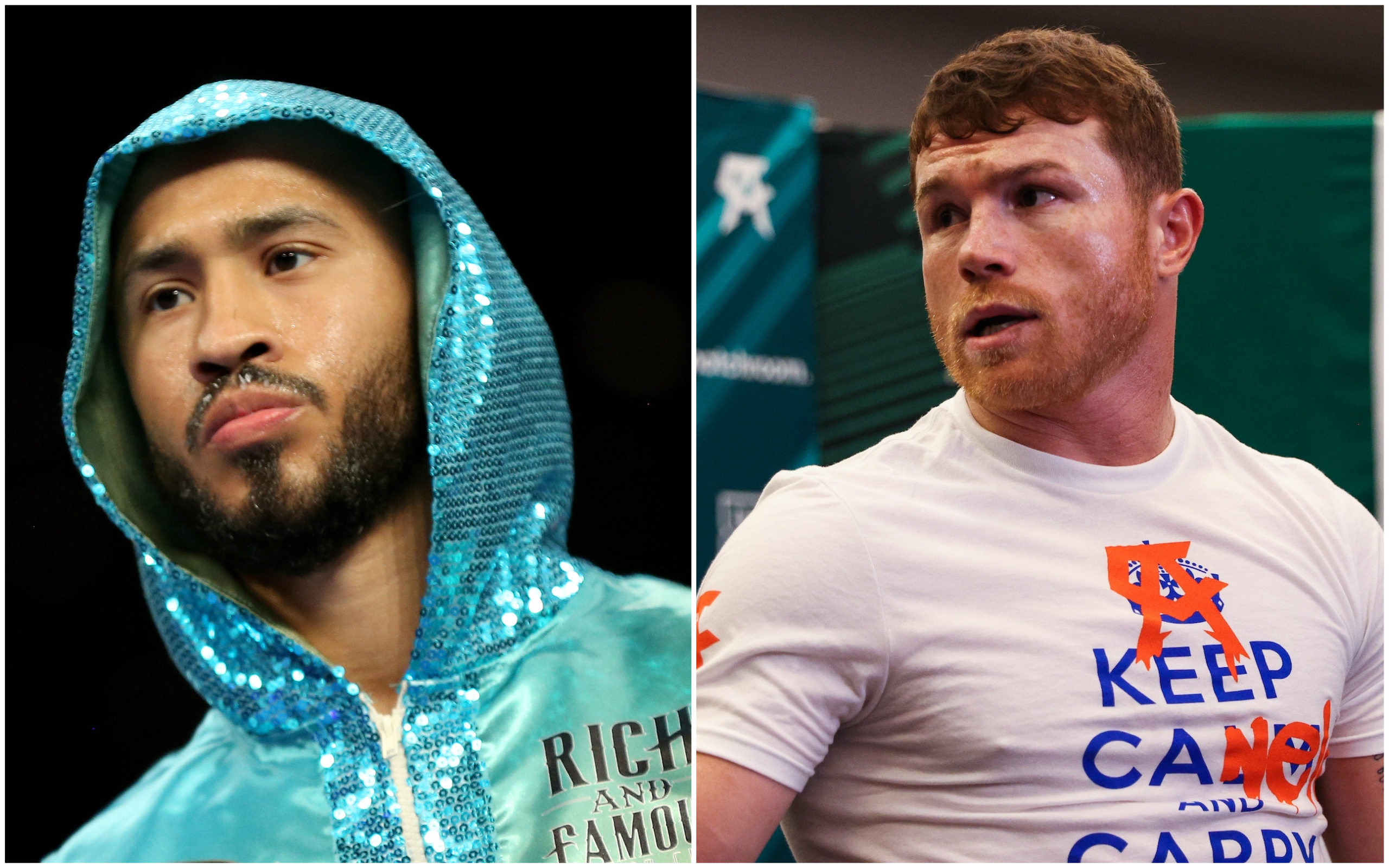 Andrade eager to take on the pound-for-pound great (Picture: Getty/Matchroom)Demetrius Andrade has accused Saul ‘Canelo’ Alvarez of being a coward for not accepting his fight challenge.
WBO middleweight champion Andrade last week gate crashed Canelo’s post-fight press conference after the latter’s crushing victory over Billy Joe Saunders in Texas.
Canelo, who now holds the WBO, WBC, WBA and Ring Magazine titles at super-middleweight, is eager to unify the 168lbs division against IBF champion Caleb Plant in September.
Andrade interrupted the press conference and invited the Mexican to come back down to middleweight and fight him – before being told to ‘get the f**k out of here’ by Canelo.
Speaking to the DAZN Boxing Show, Andrade, undefeated his 30 professional fights, accused Canelo of ducking him, dismissing the quality of his recent opponents including Saunders and another formerly undefeated Brit in Callum Smith.

Canelo stopped Saunders last week (Picture: Getty Images)‘He’s a coward bro, he’s a coward. ‘To me, that’s some coward s**t,’ Andrade said.
‘You can give people the opportunity to get in there, make millions for themselves, make a legacy, but I can’t do that?
‘That’s coward s**t bro, that’s coward s**t. You’ll fight Rocky Fielding, what has he done for the sport of boxing? Avni Yildirim, what did he do?
‘Callum Smith – he fought a bunch of old guys in Europe, got some little championship and all of a sudden he’s somebody that’s supposed to be getting in there with Canelo?
‘What did Billy Joe do to get that fight? He went 12 rounds with Martin Murray bro.
‘I’m a champion. I’ve been a champion in two weight divisions.’
During their press conference row, Canelo questioned Andrade’s own resume, telling the American: ‘Man, you fight with nobody. You are a champion but you fight with nobody. You won the belt with nobody.’
Andrade has also been linked with a summer showdown with Chris Eubank Jr.