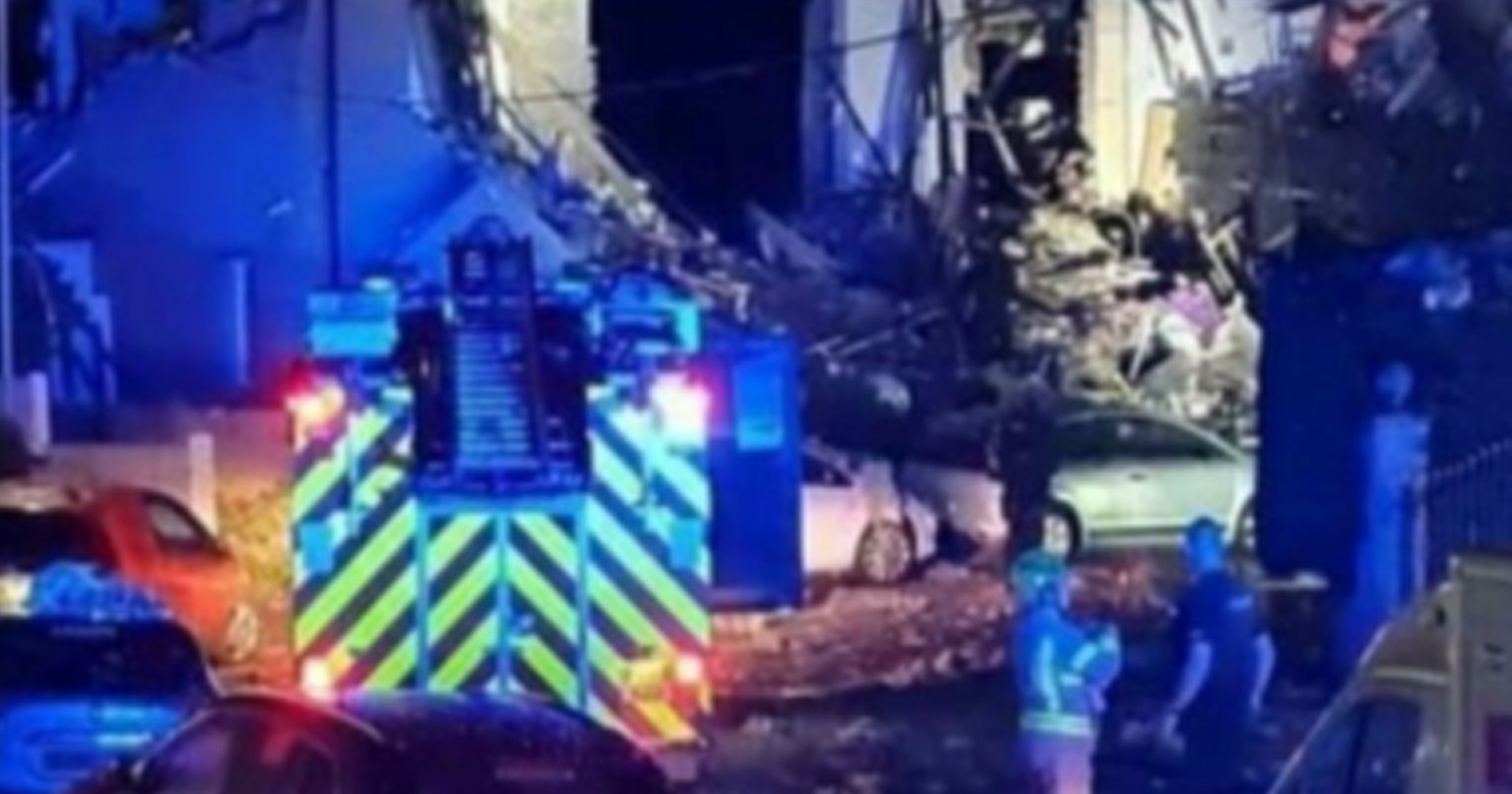 The incident is thought to have destroyed three homes in Heysham (Picture: @murphy30220538)A young child has died and four people have been injured after a gas explosion in Lancashire, according to reports.
A major incident was declared after the incident rocked terraced houses in Heysham early on Sunday morning, with residents evacuated.
The explosion reportedly destroyed up to three homes.
Lancashire Fire tweeted 10 units were called to a row of properties on Mallowdale Avenue at around 2.30am and that firefighters were searching a collapsed property.
The organisation said: ‘A major incident has been declared after we (were) called to terraced houses on Mallowdale Avenue. It has been reported that there has been an explosion at a property and firefighters are searching the collapsed property.’
BBC Lancashire reported on Sunday that a young child has died and four people were injured in the incident.
Several residents tweeted that up to three houses had collapsed, and that emergency services sirens had been heard near the scene for a prolonged time.

Lancashire Police said a safety cordon had been put in place and nearby residents had been evacuated in the town, which lies some 25 miles north-east of Blackpool.
The force said: ‘We are asking people to please avoid the entire area while we deal with this ongoing incident.’
The North West Ambulance Service tweeted that it had also sent units to the scene, with a priority to ‘ensure people receive the medical help they need as quickly as possible’.
The Service wrote: ‘Following reports of an explosion on Mallowdale Avenue, #Heysham, we have resources at the scene and we are working with @LancashireFRS and @LancsPolice’.
More: Fire

Local MP David Morris, who represents Morecambe and Lunesdale, tweeted: ‘My thoughts and prayers are with all of the families on Mallowdale Avenue following the incident this morning.
‘Thank you to all of the emergency services who are currently on the scene.’
The North West Ambulance Service tweeted that it had also sent units to the scene, with a priority to “ensure people receive the medical help they need as quickly as possible”.
Electricity North West tweeted that it had paused electricity supplies to the area for safety reasons while the blast was being investigated.
This is a breaking story – more to follow.