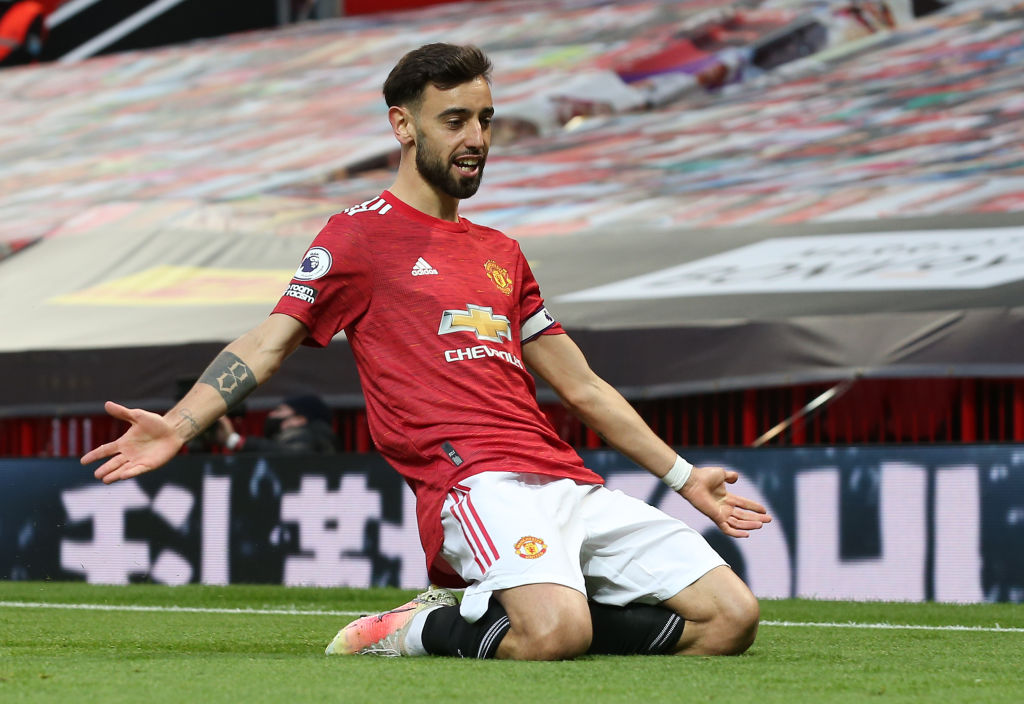 Bruno Fernandes has won Manchester United’s Player of the Year award again (Photo by Matthew Peters/Manchester United via Getty Images)Manchester United playmaker Bruno Fernandes has become just the fifth player in the club’s history to win back-to-back Sir Matt Busby Player of the Year awards.
The Portuguese midfielder won the award last year, despite only playing for half a season following his arrival from Sporting Lisbon in late January.
Fernandes has continued his sensational form this season, scoring 28 times in all competitions.
The 26-year-old is United’s top scorer this term and his main competition for the award came from Luke Shaw.
But the award, which is voted on by supporters, was given to Fernandes after he picked up 63% of the votes.

Fernandes has scored 28 times this term (Picture: Getty)Shaw trailed in second with 21% of the vote, while Cavani came third on 6%.
Fernandes’ victory means he joins the likes of Ruud van Nistelrooy, Cristiano Ronaldo, Roy Keane and David De Gea as the only players to have won the award in back-to-back seasons.
Fernandes hopes to finish the season on 30 goals and he’ll have a chance to do so when United take on relegated Fulham at Old Trafford tonight.
United supporters will be able to attend a match for the first time since March 2020 and it’ll likely be Fernandes’ last Premier League match of the season, as he’ll likely be rested next week ahead of the Europa League final against Villarreal.

Facebook
Twitter
Pinterest
WhatsApp
Previous articleRic Flair On If He Sees Daniel Bryan Staying With WWE!!! Find out here!!!
Next articlePablo Andujar vs Roger Federer is for the grandkids