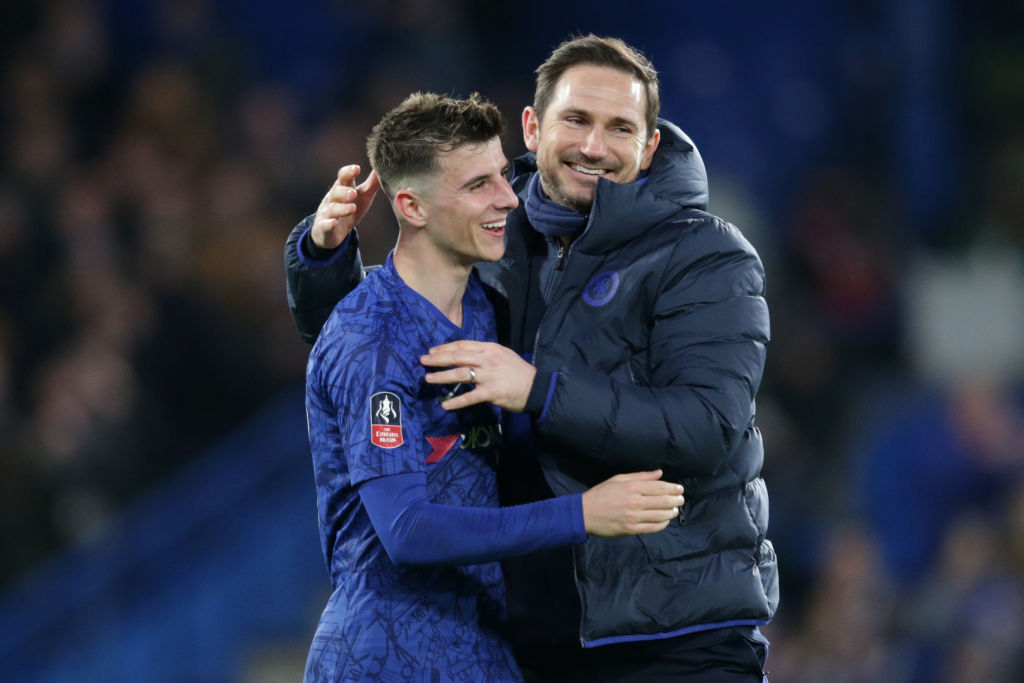 Lampard gave mount his chance, which he has made the most of (Picture: Getty Images)Former Chelsea boss Frank Lampard has hailed Mason Mason for his ‘immense’ performances this season and revealed he was preparing the midfielder to eventually become the club’s captain.
Lampard took Blues academy product Mount with him to Derby County and then made him a first-team regular at Stamford Bridge.
The 22-year-old has continued to flourish under Lampard’s successor Thomas Tuchel, who took over the managerial reins at the end of January.

Mount was named Chelsea’s Player of the Season (Picture: Getty Images)In Lampard’s final game in the dugout before he was relieved of his duties – a 3-1 FA Cup victory against Luton Town – Mount was given the chance to captain his boyhood club for the first time ever.
The England international has netted nine goals and eight assists across all competitions this season, helping the Blues reach FA Cup and Champions League finals and climb up to third in the Premier League.
And Lampard believes Mount, who he saw as a future captain of the club during his time as Blues boss, is fully deserving of Chelsea’s Player of the Season award.
‘I definitely made him captain that day because I’ve seen his leadership qualities develop, particularly this season,’ Lampard told The Telegraph.
‘His form was developing this season, he’s Chelsea Player of the Year and rightly so because his individual performances have been immense particularly for someone of his age.
‘But I saw his leadership skills in his personality developing this season and I’ve always seen it in Mason because there’s a sternness about Mason, there’s a toughness about him.
‘He’s a great lad, not always the most vocal but this year he’s starting to be a bit more vocal and he started just to ooze those qualities.
‘So I made him captain for that and I saw him as a future Chelsea captain. That’s obviously other people’s decisions now.’
More: Chelsea FC

See also  Black History Month 2021: A View from One Ally

‘I remember every time I didn’t play Mason, people say it wasn’t that much and it wasn’t much, but his eyes were burning you in the meeting room the minute I didn’t pick him and that’s a 20-year-old kid,’ Lampard added.
‘I liked that because it reminded me of myself, I would have been the same. I know the dedication he’s got. It’s a good thing, you want players that have that because he’s a great kid as well and the reason he’s continued to flourish with Tuchel is because he’s a manager’s dream.
‘Whatever information, a new manager comes in, ‘here’s a change of formation Mason, this is what I want from you Mason’. It might look slightly different to the last manager, but he will take it on board and in the grand scheme he will just make himself better.’