HomeBusinessInmate to be executed for beating aunt to death for not lending...
BusinessGeneralScienceTechnologyWorld News 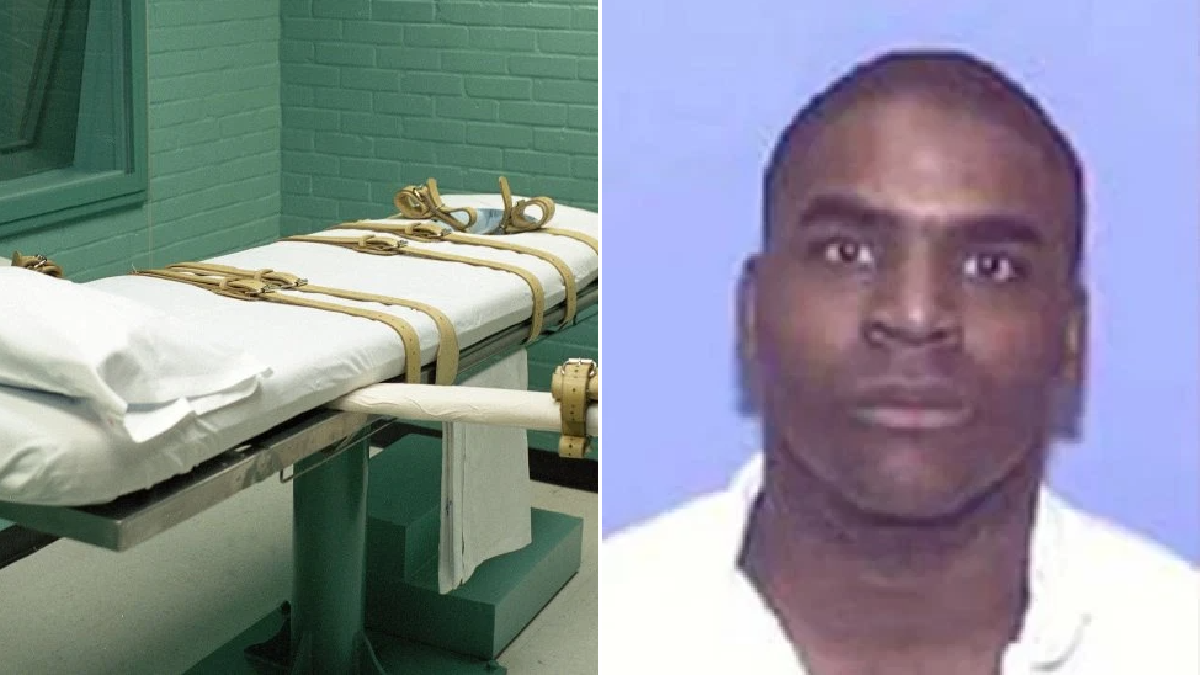 Quintin Jones is set to be executed by lethal injection 22 years after beating his great aunt with a bat (Pictures: Getty Images/Texas Department of Criminal Justice)An inmate convicted of beating his 83-year-old great aunt to death who would not lend him money faces death by lethal injection on Wednesday night. Quintin Jones, 41, is set to be executed even though her family members have asked authorities to spare his life.
Jones was 20 years old when he murdered Berthena Bryant after she refused to let him borrow money in September 1999. He used a baseball bat to beat her in her home in Fort Worth, Texas, and then stole $30 from her purse to buy drugs, prosecutors say.
Bryant’s sister Mattie Long wrote a letter in favor of Jones for his clemency petition.
‘Because I was so close to Bert, her death hurt me a lot. Even so, God is merciful,’ Long wrote. ‘Quintin can’t bring her back. I can’t bring her back. I am writing this to ask you to please spare Quintin’s life.’
But the Texas Board of Pardons and Paroles voted 7-0 to deny the petition. Governor Greg Abbott, who has granted clemency to only one death row inmate since 2015, has the power to delay Jones’ execution for 30 days. However, Abbott has never done so without the board’s recommendation.
Jones has asked the Supreme Court to put a halt to his execution. He has also requested that his death sentence be commuted to a life sentence in prison. In a video published by The New York Times, Jones asked Abbott for clemency and promised ‘to better myself and to better others along the way’.
‘Another thing that helped me out was my great-aunt, Aunt Mattie. It was her sister,’ Jones said in the clip. ‘So, by her loving me enough to forgive me, it gave me the strength to try to do better and want to do better.’
Meanwhile, Tarrant County assistant criminal district attorney Helena Faulkner pointed out: ‘Not all family members oppose Mr Jones’ execution.’
Prosecutors argue that the death sentence is appropriate because Jones’ criminal history included participating in two other murders and assaulting teachers, court documents filed last week show.
Lower appeals courts rejected Jones’ requests to stay the execution.
Jones’ execution would be the first lethal injection administered since Billy Joe Wardlow’s case on July 8. Texas had four other executions planned this year that have been rescheduled or delayed. The state, which has historically carried out the most executions, has had the least number in a quarter century primarily due to the coronavirus pandemic.
For more stories like this, check our news page.
Get in touch with our news team by emailing us at webnews@metro.co.uk.

Facebook
Twitter
Pinterest
WhatsApp
Previous articleOprah Winfrey Reveals the One Question She REGRETS Asking to This Day!
Next articleKenya Moore Shares An Uplifting Message For Fans