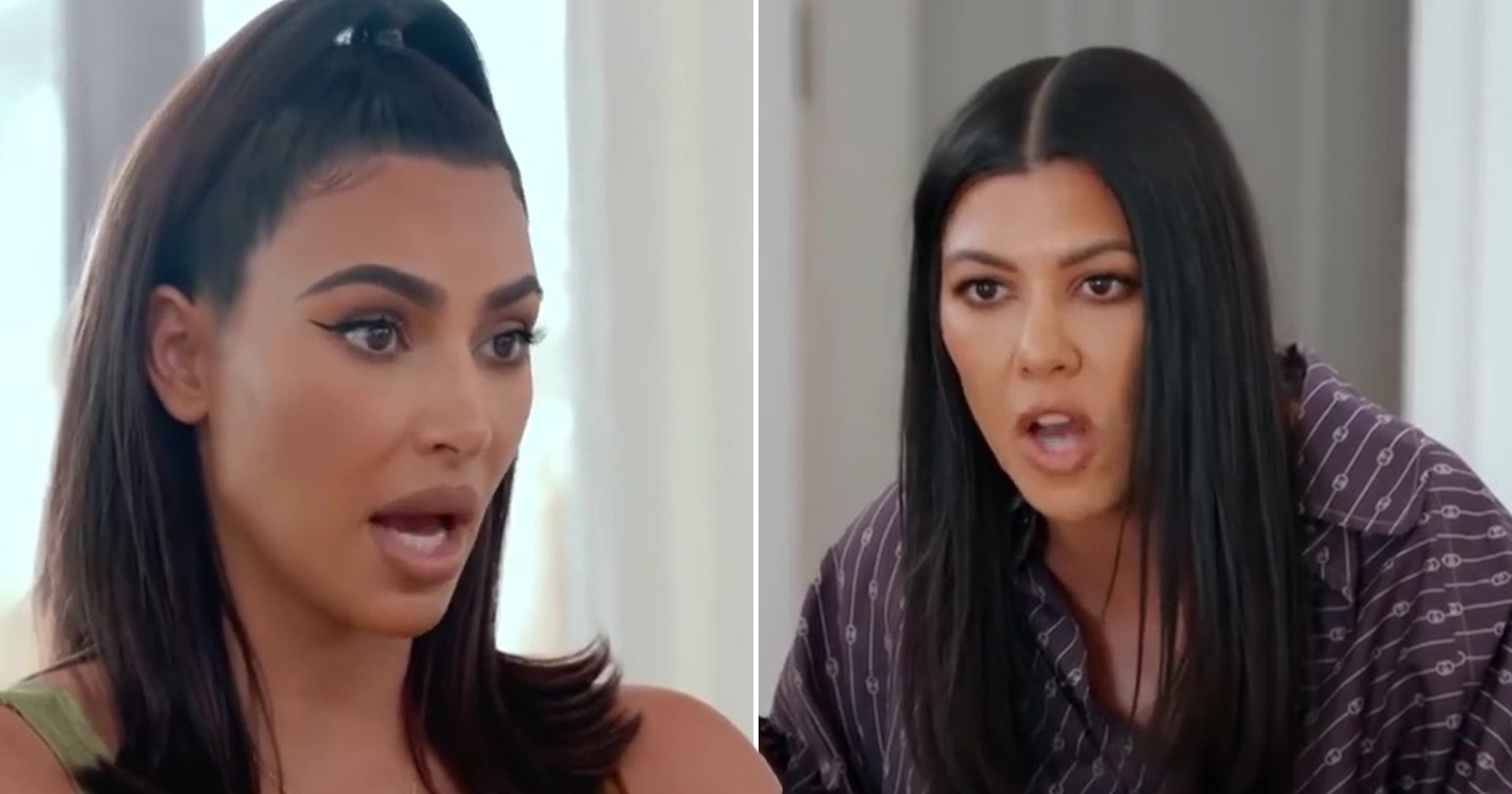 Tensions are high in an upcoming episode of Keeping Up With The Kardashians, as Kim Kardashian accuses sister Kourtney of being so mean to a nanny she made her cry.
In an extended clip from E!, the sisters argued about how to treat their staff as Kim, 40, confronted Kourtney, 42, for yelling at one of Kim’s employees.
Kim explained that her nanny felt ‘degraded’ after the incident but Kourtney aimed to share her side of the story after addressing concerns she had with the childminder in front of her children.
In a confessional, the 42-year-old says: ‘Kim’s nanny and I had a little disagreement when we were away travelling together. But I haven’t really spoken to Kim about it, so, I wanna see what’s going on.’
‘She said that she felt so degraded by you and you just started yelling at her and you said “keep your voice down”,’ Kim snapped.

Kim Kardashian accuses Kourtney of being mean to her nanny (Picture: E!)Kourtney wasn’t going to take the accusation lying down, however, and she stressed she discussed the topic calmly, adding: ‘Oh my god, she’s lying.’
Kim didn’t stand down either, as she went on to take her nanny’s side.
‘It should have been in private,’ Kim fired back. ‘She said, “I wish you would have tapped me on the shoulder and said, “Hey something’s really bothering me. Can I talk to you?” And we could have talked in private. But for her to yell at me in a restaurant [was wrong].”‘
Kourtney denied yelling and explained that the woman called her son a liar, a comment she didn’t appreciate.
‘She would never work for me the way she acts,’ she said, before talking about an incident with her son Reign.

Kourtney has a disagreement with Kim’s nanny over her treatment of her son (Picture: E!)‘She said “boy, you’re a liar” and I was like “excuse me?” you’re going to call a five-year-old a liar?’
Even though Kim agreed that the nanny shouldn’t have spoken to Reign like that, Kourtney was still livid.
‘I don’t want to talk about this with you because you obviously don’t get it.’
Kim told her sister that there was no chance she is going to fire the nanny.
‘I don’t care, keep her.’ Kourtney yelled. ‘She will not ever be around my kids.’
When you thought the argument was finally over, Kim added more fuel to the fire by criticising Kourtney.
She added: ‘Kourtney, you can’t even keep a nanny.’
More: Kim Kardashian

‘Kim, shut the f**k up, seriously. The way you’re talking is wild,’ Kourtney hit back, before storming out the room.
In a confessional, Kourtney said: ‘Kim is throwing out all these jabs, intentionally to hurt my feelings, none of which are even true, like throwing out random lies about my own staff. That was really really hurtful coming from my sister.’
We hope the duo are able to patch things up before the season is out – after all, this is the final one…
Keeping Up With The Kardashians is available to stream on Amazon Prime Video.
Got a story?
If you’ve got a celebrity story, video or pictures get in touch with the Metro.co.uk entertainment team by emailing us celebtips@metro.co.uk, calling 020 3615 2145 or by visiting our Submit Stuff page we’d love to hear from you.

MORE : Kourtney Kardashian sets the record straight amid claims she ‘single-handedly’ ended Keeping Up With The Kardashians

MORE : Kim Kardashian says she ‘won’t be gone long’ as she reveals new Hulu show launches after Keeping Up With The Kardashians final season