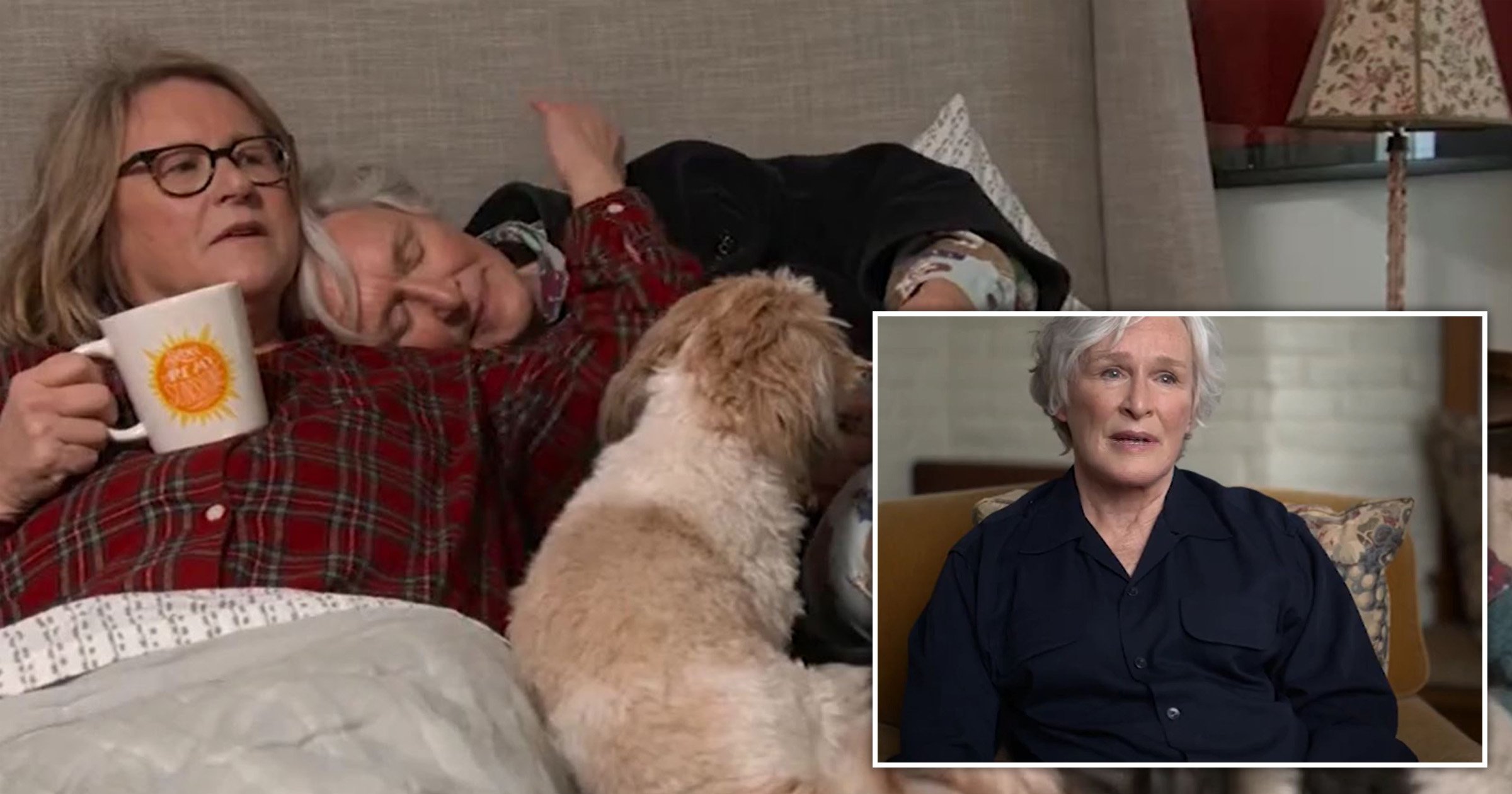 Glenn Close speaks about the ‘emotional and psychological devastation’ she experienced growing up in a ‘cult’ in Prince Harry and Oprah Winfrey’s new mental health series.
The 74-year-old is one of the celebrities addressing how trauma has affected their mental health in the Apple TV+ series The Me You Can’t See.
The Wife star discussed how growing up as part of a conservative religious group left her unabLe to have ‘successful’ romantic relationships.
When Glenn was seven years old, her father Dr William Taliaferro Close became involved with a conservative new religious group Moral Re-Armament, and eventually moved his family from their home in Connecticut to live near the organisation’s headquarters in Switzerland.
Glenn describes Moral Re-Armanent, whose core belief was that changing the world starts with seeking change in oneself, as a cult which ‘basically dictated how you’re supposed to live and what you’re supposed to say and how you’re supposed to feel’.
Speaking on the series, Glenn said: ‘I was in this group called MRA and it was basically a cult, everyone spouted the same things and there’s a lot of rules, a lot of control.

The actress left the organisation when she was 22 (Picture: AP)‘Because of how we were raised, anything you thought you’d do for yourself was considered selfish.  We never went on any vacations or had any collective memories of stuff other than what we went through, which was really awful.’
Detailing the impact this had on her mental health, the Fatal Attraction star explained: ‘We were so broken up. It’s astounding that something you go through at such a young stage in your life still has such a potential to be destructive.
‘I think that’s childhood trauma. Because of the devastation, emotional and psychological, of the cult, I have not been successful in my relationships and finding a permanent partner and I’m sorry about that.
‘I think it’s our natural state to be connected like that. I don’t think you ever change your trigger points but at least you can be aware of them and at least you can maybe avoid situations that might make you vulnerable, especially in relationships’.
Glenn has been married three times, and described her first marriage to Cabot Wade, which happened while she was still part of MRA between 1969 and 1971, as ‘kind of an arranged marriage’.

See also  When will GB News start and what channel will it be on?

Glenn has been married three times, most recently to David Shaw (Picture: John Sciulli/WireImage)She then married James Marlas in 1984 and split three years later, and was married to David Evans Shaw from 2006 until 2015.
The actress is mother to Annie Starke, 33, from her relationship with producer John Starke, which lasted for four years between 1987 and 1991, and Glenn was also engaged to carpenter Steve Beers before they split in 1999.
Glenn broke away from MRA when she was 22, citing her desire to be an actress as how she was able to leave.
More: Glenn Close

The documentary also features conversations with Glenn’s sister Jessie, who was diagnosed with bipolar disorder at the age of 50 after she experienced suicidal thoughts.
Glenn left Hollywood and moved to Montana to be closer to her family, saying it gives her ‘regular comfort and companionship’.
Also in The Me You Can’t See, Lady Gaga speaks about how she suffered a psychotic break years after she was raped by a music producer, and how the trauma led her to struggle with physical pain, numbness and an urge to self-harm.
Prince Harry also discusses his own trauma in the documentary, telling of how the death of his mother Princess Diana led to him drinking and using drugs.
The Me You Can’t See is available to stream on Apple TV+.