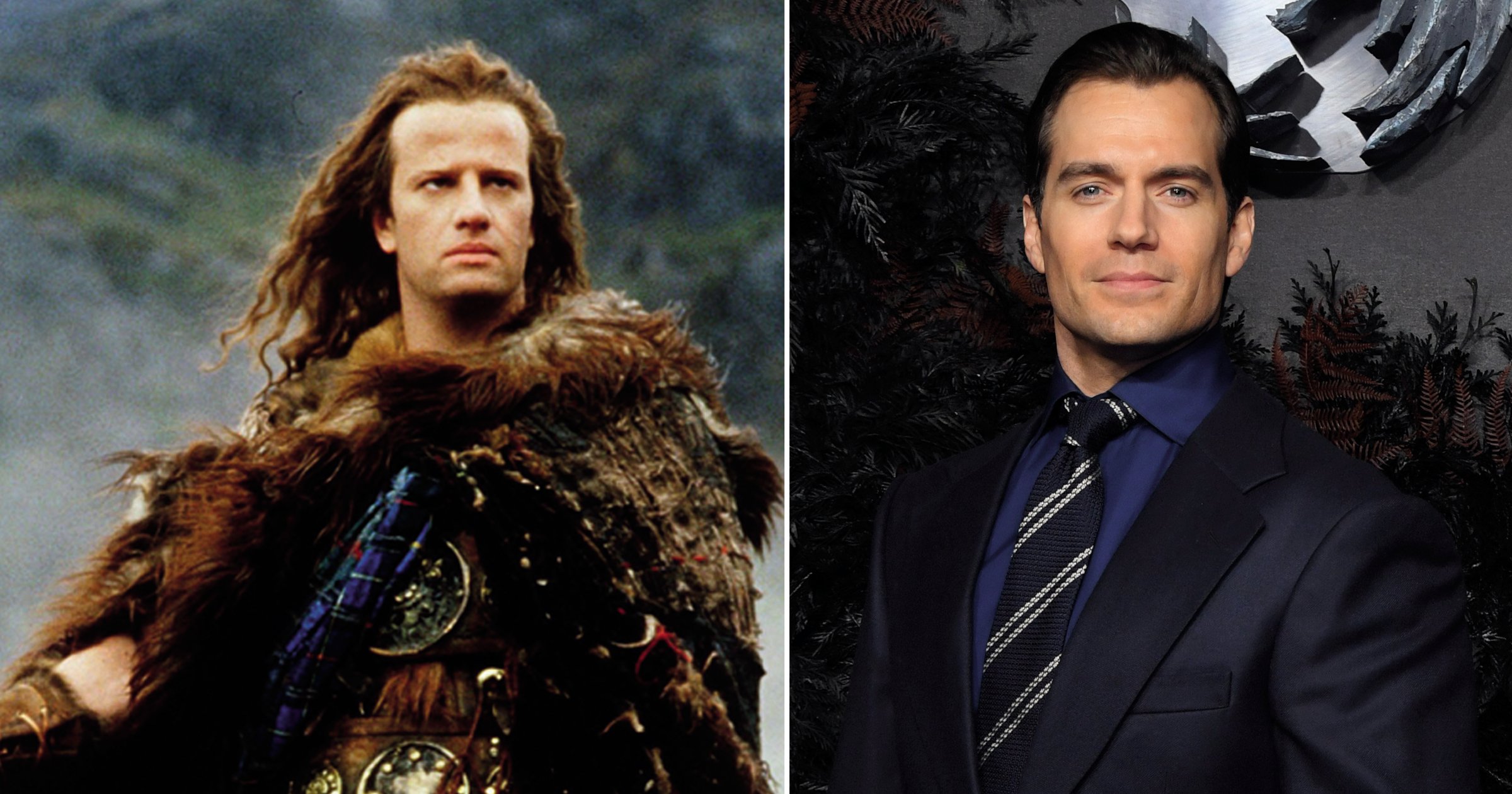 Could Henry Cavill step into Christopher Lambert’s tartan? (Picture: Studio Canal/Shutterstock/Rex)Superman and The Witcher star Henry Cavill is reportedly in talks to join the Highlander reboot in one of the lead roles.
A Lionsgate project with Chad Stahelski – known for directing John Wick – at the helm, Highlander also had original producer of the first film Peter Davis on board before his death in February.
And according to Deadline, Henry is eyeing up a part in this remake of the 1986 British fantasy action-adventure.
Highlander starred Christopher Lambert, Bond icon Sean Connery (slightly improbably cast as an Egyptian) and antagonist Clancy Brown as immortal warriors, hunting each other down throughout time to wage war and gather more power.
Although released to rather mixed reviews and achieving an underwhelming box office performance, the film became a cult classic, eventually leading to four sequels and three TV series.
The rest of the original film’s cast included other British screen stalwarts such as Calendar Girls’ Celia Imrie, Game of Thrones’ James Cosmo and Holby City actor Hugh Quarshie.

Henry has already rocked the fantasy genre and long hair as Geralt in The Witcher (Picture: Katalin Vermes/Netflix/Kobal/Rex/Shutterstock)There’s no word yet on which role Henry might be considering, and there’s a chance the project could introduce a brand-new character for him.
However, it’s hard not to just pop him in that Connor MacLeod tartan and fur combo in your mind – and we already know he can carry off both long hair and a lead role in a fantasy franchise with aplomb, thanks to the success of Netflix’s adaptation of video game The Witcher.

Henry is no stranger to blockbuster series, following the Superman role that launched his career in Man of Steel, and not to mention his popular appearance opposite Tom Cruise in Mission: Impossible – Fallout.
It’s also been announced that the actor will be returning to another iconic role when he pops on the metaphorical deerstalker once more to play older brother Sherlock Holmes to Millie Bobby Brown in Netflix’s confirmed Enola Holmes sequel.
Got a story?
If you’ve got a celebrity story, video or pictures get in touch with the Metro.co.uk entertainment team by emailing us celebtips@metro.co.uk, calling 020 3615 2145 or by visiting our Submit Stuff page we’d love o hear from you.

MORE : Henry Cavill pleads with fans to stop speculating about personal life: ‘I am happy in love and life’