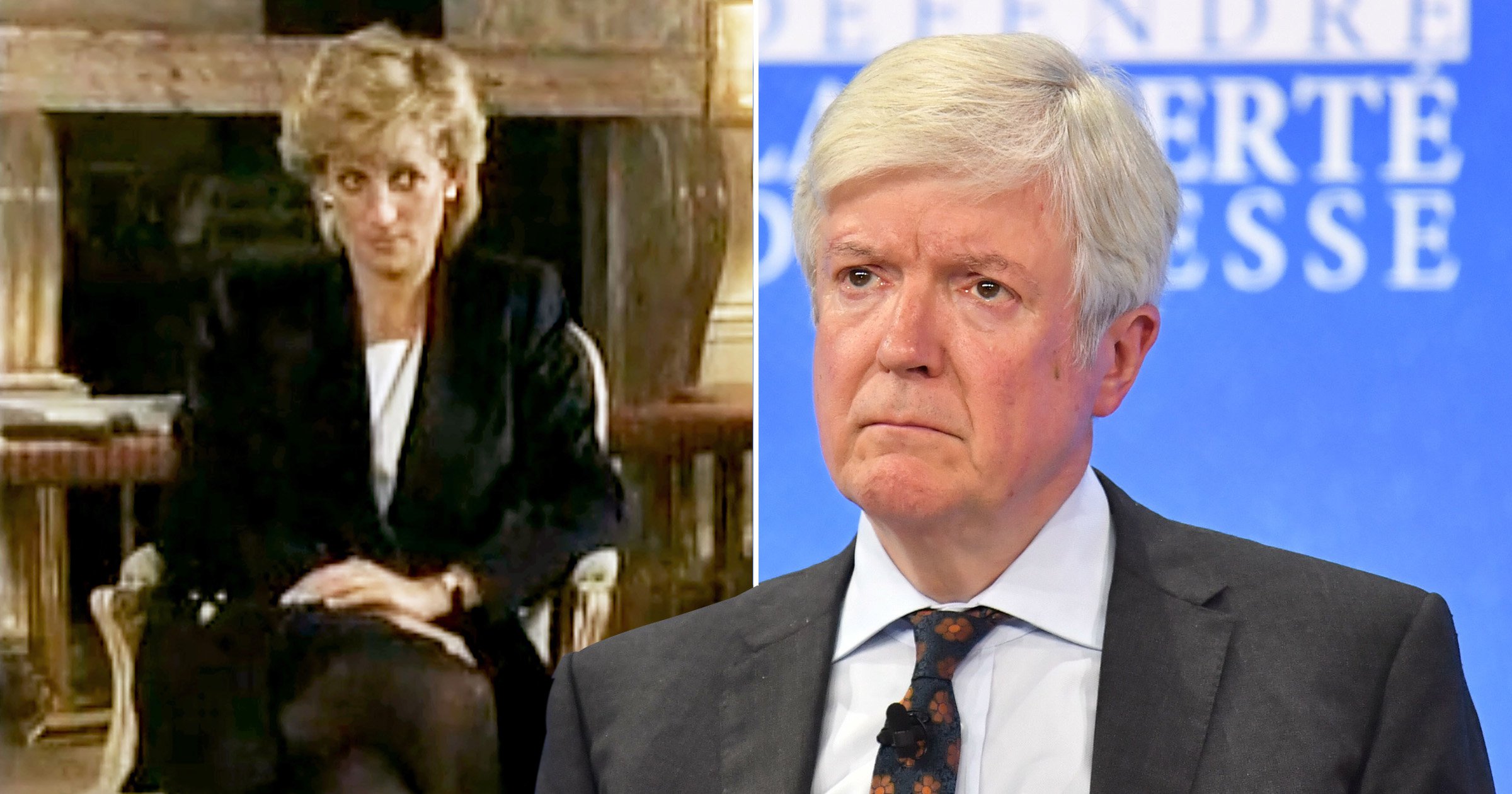 A bombshell report found journalist Martin Bashir used deception to get the 1995 scoop (Picture: BBC)Former judge Lord Dyson’s damning report found the BBC covered up Bashir’s ‘deceitful behaviour’ in obtaining the interview and labelled Lord Hall’s 1996 internal investigation ‘woefully ineffective’.
The peer’s resignation comes after another former BBC executive involved in the 1996 internal investigation, Tim Suter, announced on Friday that he was stepping down from his board role with media watchdog Ofcom.
Prince William and Prince Harry have both issued scathing statements following Lord Dyson’s report.
William said the interview had fuelled his mother’s ‘fear, paranoia and isolation’ in the final years of her life and damaged her relationship with Prince Charles.
Harry said: ‘The ripple effect of a culture of exploitation and unethical practices ultimately took her life.’

Lord Hall was director of BBC news and current affairs at the time of the interview (Picture: AFP)Boris Johnson also weighed in on the scandal, saying he was ‘very concerned’ by the inquiry’s findings.
Bashir was controversially rehired by the BBC as religious affairs correspondent in 2016, and later promoted to religion editor.
The chairman of the Commons Digital, Culture, Media and Sport Committee Julian Knight has called on current director-general Tim Davie to provide a full explanation as to how Bashir came to be re-employed.
Mr Knight said that some people may suspect that the journalist was given the job as a way of keeping quiet about what exactly he knew.
He said the BBC should consider paying compensation to ‘whistleblowers’ whose careers were damaged after raising concerns about the way Bashir had operated.
More: Diana Princess Of Wales

He pointed to the case of graphic designer Matt Wiessler, who was sidelined after informing BBC bosses that Bashir had asked him to mock up a series of fake bank statements.
Mr Knight said Mr Davie should now meet Mr Wiessler to hear directly what he had to say.
‘He is clearly very emotional, he feels this has probably impaired his life to a certain degree,’ the MP told the BBC Radio 4 Today programme.
‘I think the BBC needs to have a real open mind in terms of the possibility of compensation but also how it interacts with people like Mr Wiessler who clearly have faced quite profound consequences due to this fiasco.’
Get in touch with our news team by emailing us at webnews@metro.co.uk.
For more stories like this, check our news page.