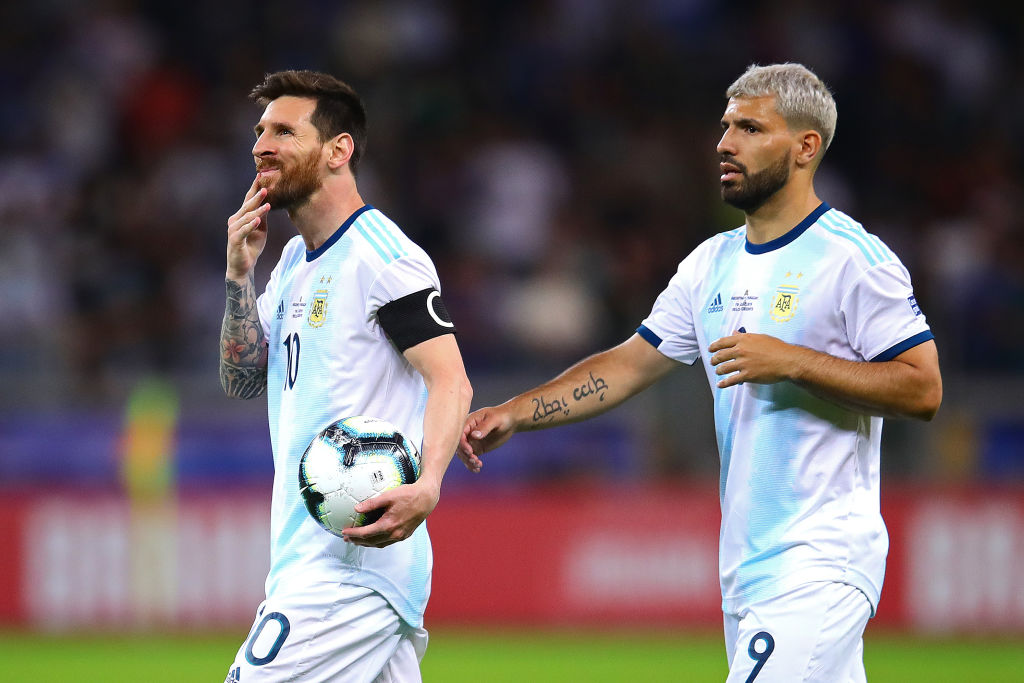 The Argentine is set to move to Camp Nou on a free transfer this summer (Picture: Getty)Luis Suarez has given his seal of approval to Barcelona’s move for Sergio Aguero while he has urged Lionel Messi – who is out of contract this summer – to remain at Camp Nou.
Manchester City’s record scorer has opted to leave the Etihad when his contract expires, signing off in style with a brilliant brace against Everton on the final day of the Premier League season.
Aguero had his pick of clubs to join on a free transfer and was linked with the likes of Chelsea and Paris Saint-Germain, but appears to be heading to Barcelona.

Aguero finished his Manchester City career in perfect fashion (Picture: Getty)Pep Guardiola effectively confirmed the move on Sunday, telling BBC’s Match of the Day: ‘Maybe I reveal a secret. Maybe he is close to agreeing a deal for the club of my heart – for Barcelona.
‘He is going to be playing alongside the best player of all time, Messi.’
Signing the 32-year-old forward is an interesting change of tact from Barcelona given they had deemed Suarez – who is only a year older – past his best and forced him out of the club last summer.
But the Uruguayan clearly has no hard feelings about Aguero’s move to Barca and believes the Argentine is still an excellent player who will benefit the club.
More: Manchester City FC

Asked about Aguero’s looming move, Suarez told El Partidazo de COPE: ‘Now there is a new board of directors, other people, and they are looking for a quality player.
‘Obviously he has relationship with Leo, but you cannot argue about what a quality player he is and what he can give to Barcelona. I support the decision totally.’

Aguero and Messi have played together for Argentina for over a decade (Picture: Getty)It is still unclear whether Aguero will definitely be playing alongside Messi next season, with the Barca legend yet to sign a contract extension on a deal that runs out at the end of next month, but Suarez hopes he remains at Camp Nou.
The Atletico Madrid star continued: ‘As a friend and fan I would be happy, I would love it, and I would recommend that he continues at Barcelona. Has he told me if he’s staying? Not yet.’