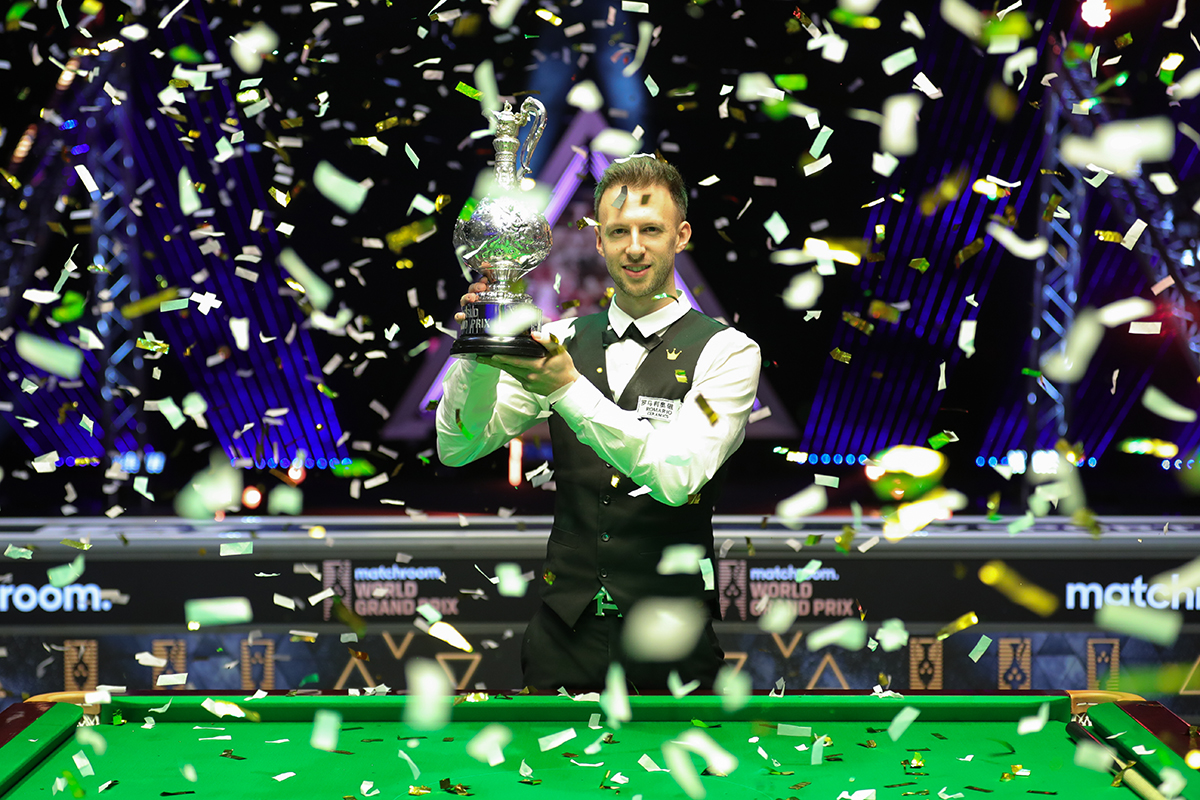 Judd Trump lifted the World Grand Prix title last year (Picture: WST)The calendar for the upcoming 2021/22 snooker season continues to take shape with three ranking events getting new venues for the campaign.
It was announced on Tuesday that Stadium MK in Milton Keynes will host the English Open in November, while the Snooker Shoot Out will head to the Morningside Arena in Leicester in January.
World Snooker Tour have also listed the World Grand Prix as taking place at the Ricoh Arena in Coventry on their website, with the event held in December.
The calendar for the season was announced last month but with a number of gaps and details TBC, so those gaps are slowly being filled and details firmed up.
Tickets for the English Open, Grand Prix and Shoot Out are all listed as going on sale this Friday (28 May).
The Sportsman report that the Aldersley Arena in Wolverhampton and Venue Cymru in Llandudno will host the other two Cazoo Series events after the Grand Prix – the Players Championship and Tour Championship.
WST chairman Steve Dawson told the Sportsman: ‘It’s fantastic to add new host cities to our roster, such as Leicester, Coventry and Wolverhampton, where we know there is deep-rooted support for snooker, while keeping many of the superb venues we have grown to love over the years.
More: Snooker

‘The players are excited by the chance to get back out on the road around the UK, visit these great cities and enjoy the buzz of competing in front of fans.’
The Champion of Champions in November has found a new home this season in Bolton but an announcement is still to come on the venue for the British Open in August.

MORE : Michael White: My game is better than ever, I don’t want to go back down that road

MORE : Ronnie O’Sullivan has the most ability but is not the best player ever, believes Tony Knowles