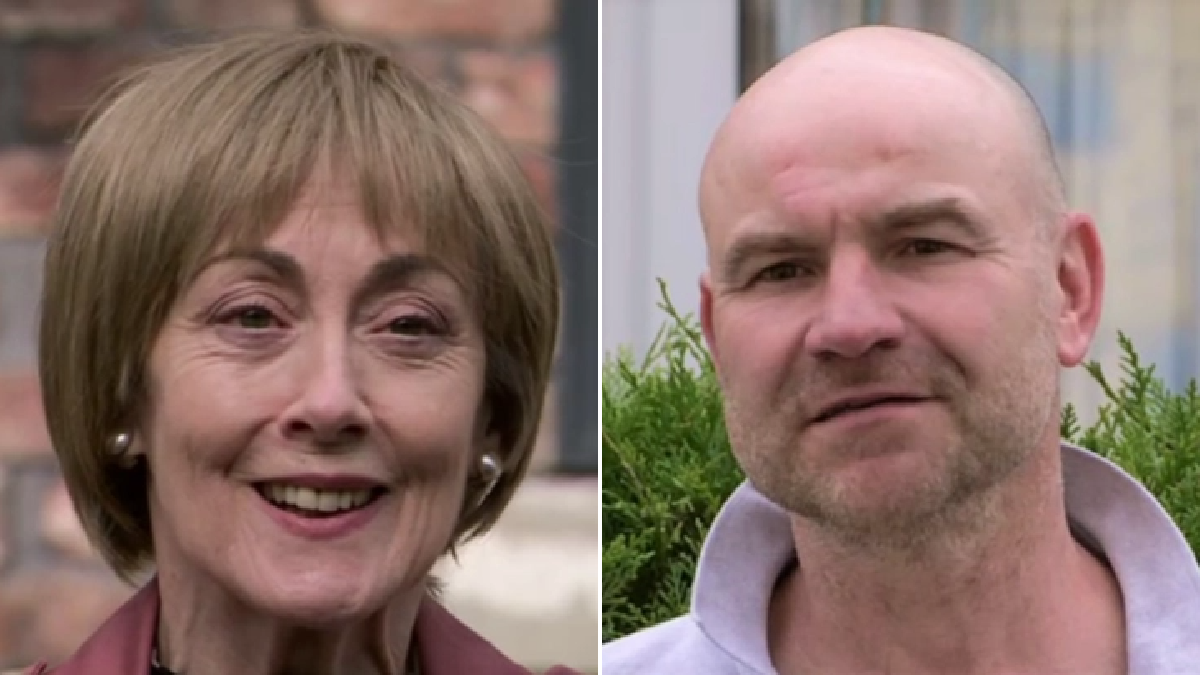 But will she return? (Pictures: ITV)Elaine Jones (Paula Wilcox) arrived in Coronation Street in the middle of Yasmeen Nazir (Shelley King) and Geoff Metcalfe’s (Ian Bartholomew) coercive control storyline.
Since Yasmeen’s return from prison, Elaine has been a calming and reassuring influence on her, helping Yasmeen as she adapted to her new life free from Geoff’s clutches.
As the former partner of Geoff’s, Elaine’s time in Weatherfield has also seen her begin a new life without the evil, manipulative man. She’s developed a strong friendship with Yasmeen, now has shares in Speed Daal but after a busy few weeks under Yasmeen’s roof with Cathy (Melanie Hill), Elaine decided her time on the cobbles had come to an end.
Elaine told Tim (Joe Duttine) that she didn’t feel she had a place in Weatherfield anymore and wanted to restart her life again in Bolton.
As the two of them said their goodbyes, this new mother and son duo wasn’t showing any sign of coming to an end as Elaine promised Tim to call when she arrived home.
Tim sat at home clearly missing his mum already but when the phone rang three times, it confirmed to Tim that his relationship with Elaine was really only just beginning.

So, is that really the last we’ve seen of Elaine?
Metro.co.uk understands that Elaine will be back as a recurring character, so it would appear that, unbeknownst to Tim, this departure from Weatherfield is only temporary.
If you’ve got a soap or TV story, video or pictures get in touch by emailing us soaps@metro.co.uk – we’d love to hear from you.
Join the community by leaving a comment below and stay updated on all things soaps on our homepage.

See also  Arie Luyendyk Jr. And Lauren Burnham Happy To Have Both Twins At Home Now After The Baby Girl Experienced Health Problems