Spanish ‘anti-racist’ stamps give lower value to darker ones 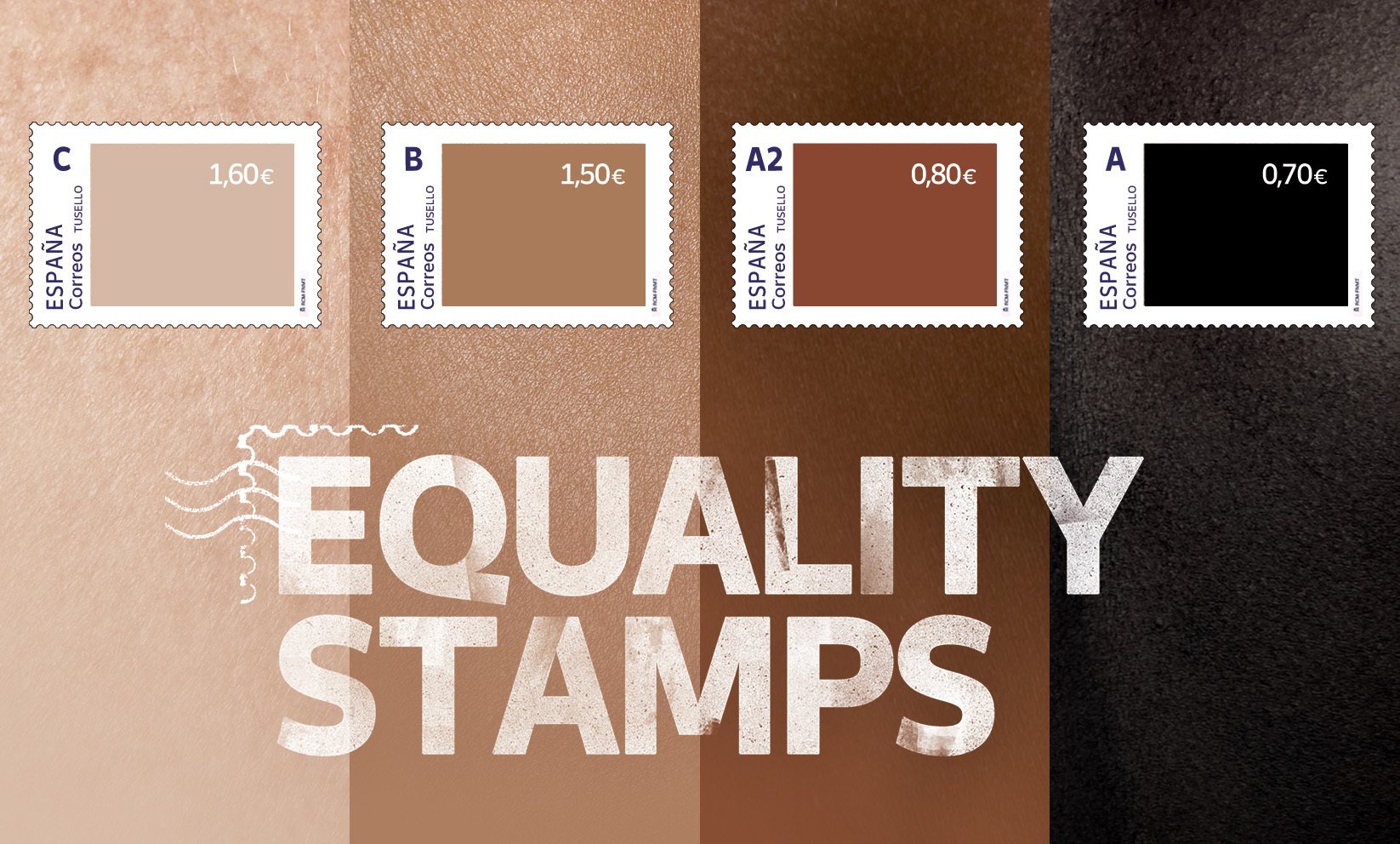 The ‘equality stamps’ were introduced on the anniversary of George Floyd’s murder (Picture: AP)The Spanish postal service’s attempt to highlight racial inequality has massively backfired.
State-owned Correos Espana this week issued a set of four stamps in different skin-coloured tones, introduced on the anniversary of George Floyld’s murder.
But people weren’t too happy to learn that the lightest colour ones were the most expensive, selling at 1.60 euros (£1.37), compared to 0.70 euros (60p) for the darkest.
The postal service said the stamps ‘reflect an unfair and painful reality that shouldn’t be allowed’ and that every letter or parcel sent with them would ‘send a message against racial inequality’.
But while the goal of Correos Espana was to ‘promote diversity, inclusion and equal rights’, critics have accused the company of having a tin ear for racial issues and misreading the sentiment of black people in Spain.
Antumi Toasije, a historian who heads the government’s Council for the Elimination of Racial or Ethnic Discrimination, urged the postal service to stop selling the stamps.
More: Racism

It said the campaign helps conceal the structural nature of racism and perpetuates the notion of black inferiority.
The Madrid division added that the blunder proved the need for more racially aware people in decision-making positions at companies.
This is not the first time the Spanish postal service has sought to make a statement on social issues.
Last June, to coincide with LGBT Pride Month, it issued a special stamp and painted its delivery vans and mail boxes in rainbow colours.
Get in touch with our news team by emailing us at webnews@metro.co.uk.
For more stories like this, check our news page.