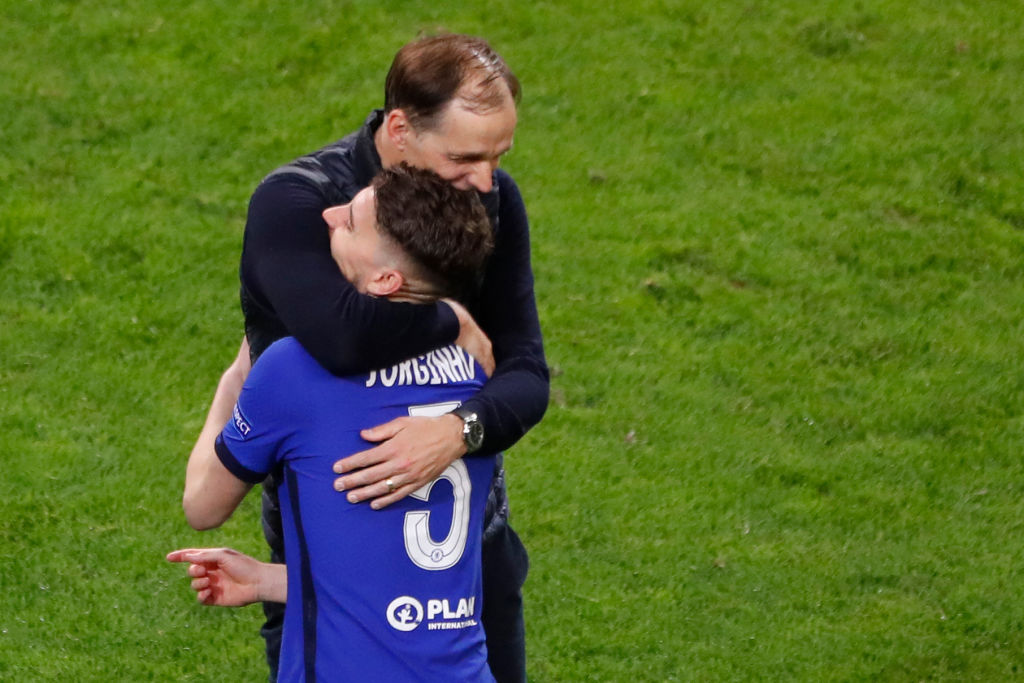 Jorginho has suggested he will be staying at Chelsea beyond the summer (Picture: Getty)Jorginho has suggested he will stay at Chelsea beyond the summer by insisting he wants to enjoy more ‘special moments’ at the club.
Italian midfielder Jorginho, who joined the Blues in 2018 when Maurizio Sarri was in charge, played every minute of Chelsea’s 1-0 victory over Manchester City in the recent Champions League final.
Despite his obvious qualities, Jorginho has endured a mixed spell at Stamford Bridge and has been repeatedly linked with a move away from west London.
Just last month Jorginho was linked with moves to Barcelona, Juventus and former club Napoli, but it appears he is committed to Chelsea and hoping to continue to play a role in Thomas Tuchel’s project.
‘Another year together! This group is family, is team, is home!’ Jorginho posted on social media on Monday night.
‘We achieved something big and living it with all of you guys made it even more special! Thanks guys see you very soon for many other special moments together.’
Speaking ahead of the Champions League final, Jorginho revealed he had considered quitting football as a teenager.

Jorginho celebrates Chelsea’s Champions League win with manager Thomas Tuchel (Picture: Getty)He told Sky Italia: ‘I think about my past, especially when we get to these games. I think about everything I’ve gone through during my life and my career.
‘My hometown in Brazil, my family, everything. It’s like watching the movie of your life, you remember everything and it’s incredible.
‘I remember I wanted to quit when I was 17, but my mother and my dad didn’t let me do it. I am proud of what they did, I can only thank them.’
Jorginho made 43 appearances for Chelsea throughout the 2020-21 campaign, helping the club finish fourth in the Premier League and reach the FA Cup final as well as lifting the Champions League.
More: Chelsea FC