Paramedics to wear body cameras to prevent attacks on workers 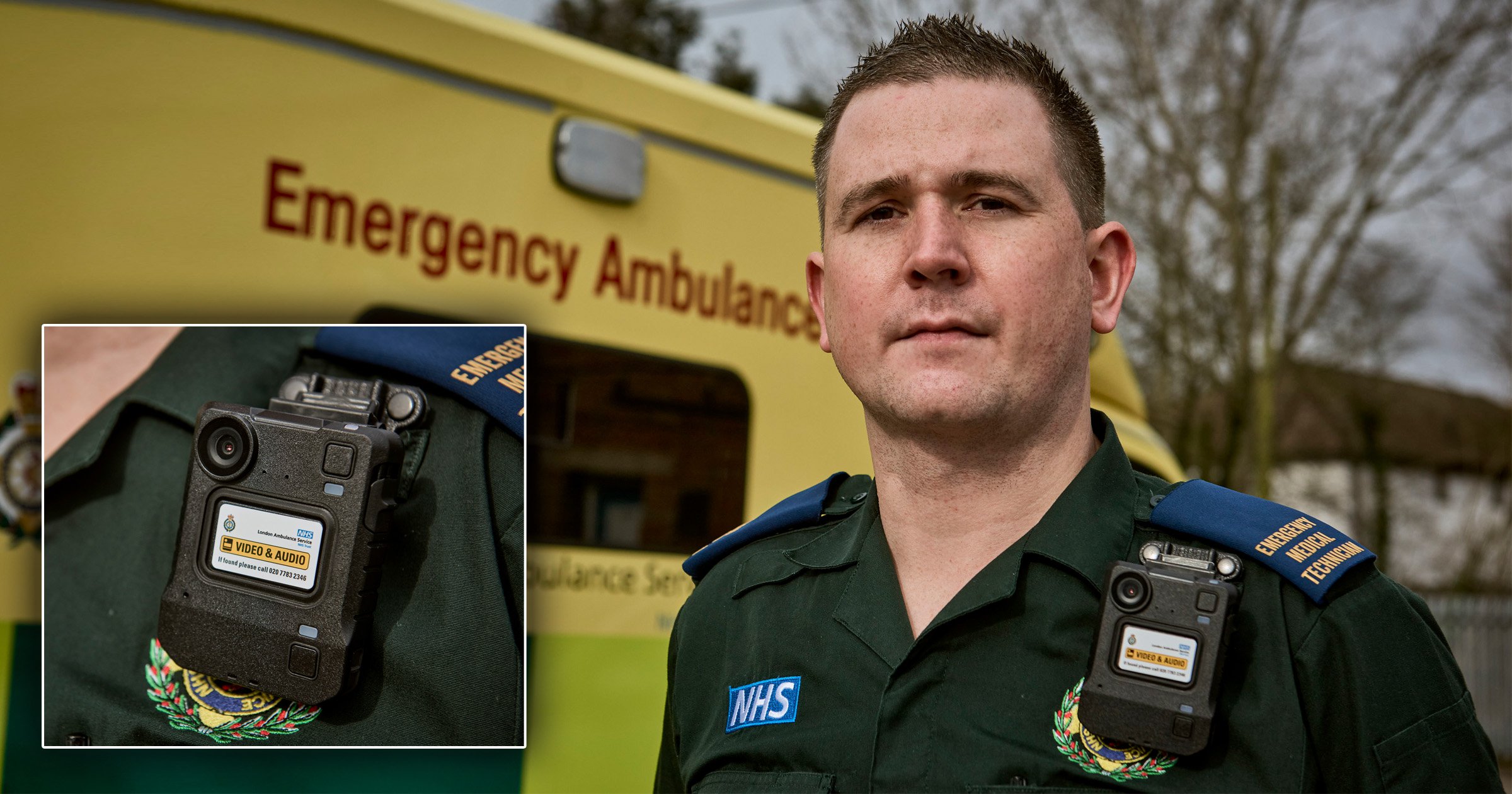 ‘We go to work to help people, not to be assaulted’ – it’s hoped the cameras will de-escalate situations (Pictures: PA)Body cameras which record at the press of a button will be worn by all NHS paramedics in England to try and curb increasing levels of violence towards frontline staff.
The maximum punishment for assaulting an emergency worker will soon have quadrupled since 2018 under new laws being passed.
Yet still attacks on ambulance staff continue to rise, even as they keep the country safe during the Covid pandemic.
NHS England data showed that 3,569 ambulance employees said they were assaulted in 2020/21 – a 32% rise in five years.
Medics will now have the cameras fitted to their uniforms and start filming if patients or the public become aggressive or abusive, with recordings made available to police where needed.
It follows a successful trial in London and the North East which showed that the cameras can successfully de-escalate situations and prevent attacks.
Gary Watson of London Ambulance Service in Croydon was violently assaulted by a drunk patient in 2018 while on duty, suffering a torn ligament and serious injuries to his face, throat and neck.
‘We go to work to help people, not to be assaulted,’ he said. ‘It’s disgusting that a minority think it’s OK to behave in such a violent way.’

The London Ambulance Service reported its busiest day ever in April 2020 (Picture: Getty /iStockphoto/info@petekarici.com)He added: ‘These cameras are needed, and wearing one makes me feel safer. They act as a deterrent and will also help provide evidence if there is an attack.’
The new Police, Crime, Sentencing & Courts Bill will double the maximum jail term to 24 months for assaulting an emergency worker.
This will be four times the harshest penalty of six months for common assault of a member of the public.
Prerana Issar, chief people officer for the NHS in England, said: ‘Every member of our dedicated and hardworking NHS staff has the fundamental right to be safe at work and it is our priority to eliminate violence and abuse, which we will not tolerate.
‘The fact that we are rolling these cameras out to all 10 ambulance trusts three years ahead of schedule is testament to our commitment to tackling this problem and is nothing less than our staff deserve.’
Assaults on emergency workers made up more than a quarter of Covid-related crimes prosecuted during the first six months of the pandemic.

MORE : NHS emergency workers are human – I do not deserve the abuse I receive daily

MORE : Woman attacked paramedics as they rescued her from burning home