Chrissy Teigen quits Never Have I Ever after Courtney Stodden ‘bullying’ 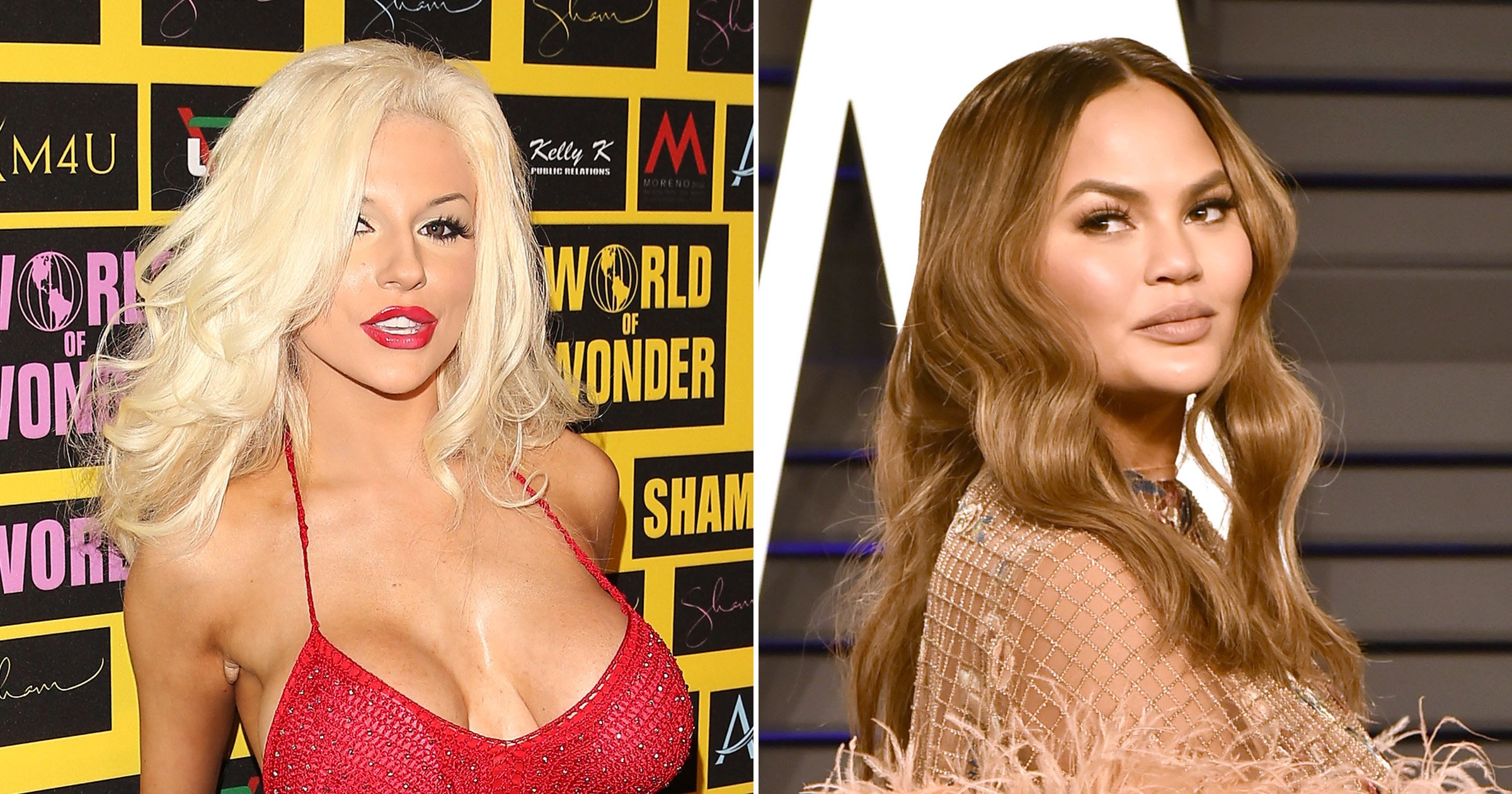 Chrissy Teigen (r) apologised for sending the abusive messages to Courtney Stodden (Picture: Getty)Chrissy Teigen has dropped out of Netflix series Never Have I Ever, just weeks after apologising over the Courtney Stodden bullying accusations.
The former Lip Sync Battle host had already recorded her narration for an episode in season two of the comedy series.
However, it has now been announced that Chrissy will no longer feature.
A Netflix spokesperson told Deadline: ‘Chrissy Teigen has decided to step away from a guest voiceover role in one episode of the upcoming second season of Never Have I Ever.
‘The role is expected to be recast.’
Season two of Never Have I Ever will continue to follow Indian-American teenager Devi (Maitreyi Ramakrishnan) as she continues to face the pressures of high school drama and home life.
The coming-of-age series is created by Mindy Kaling, who serves as executive producer, alongside Lang Fisher as co-creator, executive producer, showrunner and writer.

Chrissy had recorded one episode of Never Have I Ever (Picture: Getty Images)No reason was given for Chrissy’s departure from the project but it comes after she was at the centre of a trolling controversy.
Reality star Courtney, 26, came forward to accuse Chrissy, 35, of bullying them on social media when they were aged 16.
According to the former Celebrity Big Brother star, Chrissy sent them abusive messages on Twitter, such as: ‘I hate you’
‘She wouldn’t just publicly tweet about wanting me to take “a dirt nap” but would privately DM me and tell me to kill myself. Things like, “I can’t wait for you to die”,’ Courtney – who recently came out as non-binary – told The Daily Beast.

Courtney says they received trolling messages from Chrissy when they were 16 (Picture: WireImage)Chrissy responded to the allegations in a Twitter statement, which said: ‘Not a lot of people are lucky enough to be held accountable for all their past bulls**t in front of the entire world. I’m mortified and sad at who I used to be.
‘I was an insecure, attention seeking troll. I am ashamed and completely embarrassed at my behavior but that is nothing compared to how I made Courtney feel.
More: US TV news

‘I have worked so hard to give you guys joy and be beloved and the feeling of letting you down is nearly unbearable, truly. These were not my only mistakes and surely won’t be my last as hard as I try but god I will try!!’
Chrissy has not posted on social media since and has kept a low-profile, but she was seen looking to be in high spirits while out in Los Angeles last week.
Metro.co.uk has reached out to Chrissy Teigen’s reps for comment.
If you’ve got a celebrity story, video or pictures get in touch with the Metro.co.uk entertainment team by emailing us celebtips@metro.co.uk, calling 020 3615 2145 or by visiting our Submit Stuff page – we’d love to hear from you.
For more stories like this, check our entertainment page.
Follow Metro.co.uk Entertainment on Twitter and Facebook for the latest celeb and entertainment updates. You can now also get Metro.co.uk articles sent straight to your device. Sign up for our daily push alerts here.

MORE : Chrissy Teigen all smiles on a video call as Courtney Stodden announces engagement in wake of cyber bullying drama