HomeBusinessKamala Harris urges migrants 'do not come' to US as border crossings...
BusinessGeneralScienceTechnologyWorld News 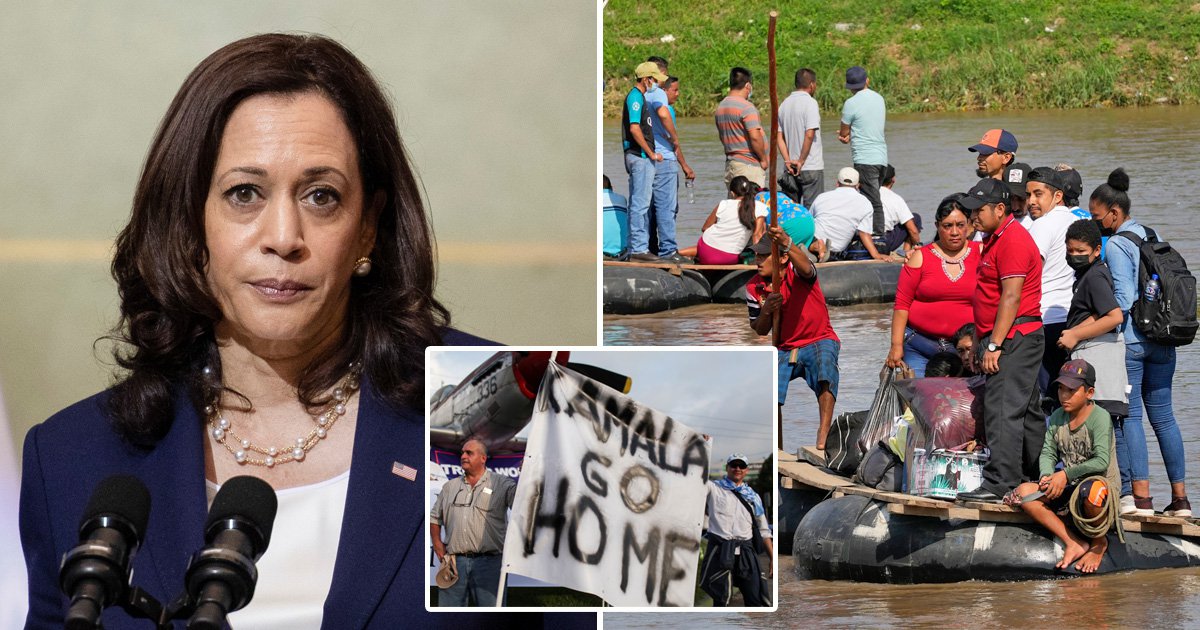 Kamala Harris spoke at a press conference in Guatemala on Monday (Picture: Reuters/AP)Vice President Kamala Harris has warned migrants not to travel to the US – saying they will be turned away if they do try to cross the border.
The direct threat from Joe Biden’s second-in-command came during a speech in Guatemala on Monday, as Harris visited the country for her first overseas trip since taking office, where she hopes to tackle America’s southern border crisis.
Since January just over 500,000 migrants have either crossed into America or have tried to seek refuge in the US, according to the nation’s Customs and Border Protection agency.
Those figures mean the Biden administration is facing the biggest influx of migrants in more than two decades, with critics arguing Biden’s relaxation of some of Donald Trump’s border restrictions have in-part caused the record wave of refugees.

Speaking at a press conference in Guatemala, where many of the migrants are traveling from, Harris said: ‘I want to emphasize that the goal of our work is to help Guatemalans find hope at home, at the same time I want to be clear to folks in this region who are thinking about making the dangerous trek to the United States-Mexico border – do not come, do not come.’
Biden labeled Harris as the ‘border czar’ in March after he put her in charge of solving the crisis. She has vowed to tackle the ‘root causes’ of why migrants are fleeing their countries, like Guatemala and Mexico, in a bid to help them stay put.
But her comments on Monday have drawn heavy criticism and even from some in her own party, including from Democrat Alexandria Ocasio-Cortez. Speaking on Twitter the New York activist said: ‘This is disappointing to see.
‘First, seeking asylum at any US border is a 100% legal method of arrival. Second, the US spent decades contributing to regime change and destabilization in Latin America. We can’t help set someone’s house on fire and then blame them for fleeing.’

Young children rest inside a pod at the Donna Department of Homeland Security holding facility, the main detention center for unaccompanied children in the Rio Grande Valley run by the Customs and Border Patrol (CBP), in Donna, Texas, USA (Picture: EPA)

The temporary processing center is one of several in southern states close to the border (Picture: Getty)Congresswoman Ocasio-Cortez added: ‘It would be helpful if the US would finally acknowledge its contributions to destabilization and regime change in the region.
‘Doing so can help us change US foreign policy, trade policy, climate policy & carceral border policy to address causes of mass displacement & migration.’
Since taking office the Biden administration has reversed a raft of anti-immigration policies that were enforced by previous president, Donald Trump. Biden ended Trump’s ‘Remain in Mexico’ policy that required asylum seekers to remain in Mexico while US courts reviewed their claims, instead allowing them to be held in often overcrowded immigration centers in southern US states.
Biden also ended the construction of Trump’s US-Mexico border wall and urged Congress to pass legislation that would establish a path to citizenship for most immigrants. Republicans said the changes created new pull factors for immigration into the US.
In April border detentions soared to a 21-year high of 178,000 after several months of steady increase. In October only 70,000 migrants were encountered at the border compared with 100,000 just a month into Biden’s presidency.
In her speech on Monday, Harris added: ‘I am here in Guatemala as my first trip as vice president in the United States is because this is one of our highest priorities.

Honduran migrants move to Agua Caliente, on the border between Honduras and Guatemala, on their way to the United States in January 2021 (Picture: Getty/AFP)

Migrants crowd a room with walls of plastic sheeting at the US processing center in Donna, Texas (Picture: Reuters)‘And I came here to be here on the ground to speak with the leader of this nation around what we can do in a way that is significant, is tangible and has real results.
‘And I will continue to be focused on that kind of work as opposed to grand gestures.’
Harris said she is pursuing ‘a relatively new approach’ to tackling the migrant crisis which looks to help countries like Guatemala stop its residents from wanting to leave.
Guatemalan President, Alejandro Giammattei, previously blamed the Biden administration for the migrant crisis on Sunday, saying US officials sent mixed messages to potential asylum seekers.
‘We asked the United States government to send more of a clear message to prevent more people from leaving’, Giammattei told CBS News.
‘The message changed to “we’re going to reunite families, we’re going to reunite children”, he added.
‘The very next day, the coyotes were here organizing groups of children to take them to the United States.’
For more stories like this, check our news page.
Get in touch with our news team by emailing us at webnews@metro.co.uk.