HomeBusinessUK Weather to be 'hotter than Ibiza' this weekend with highs of...
BusinessGeneralScienceTechnologyWorld News 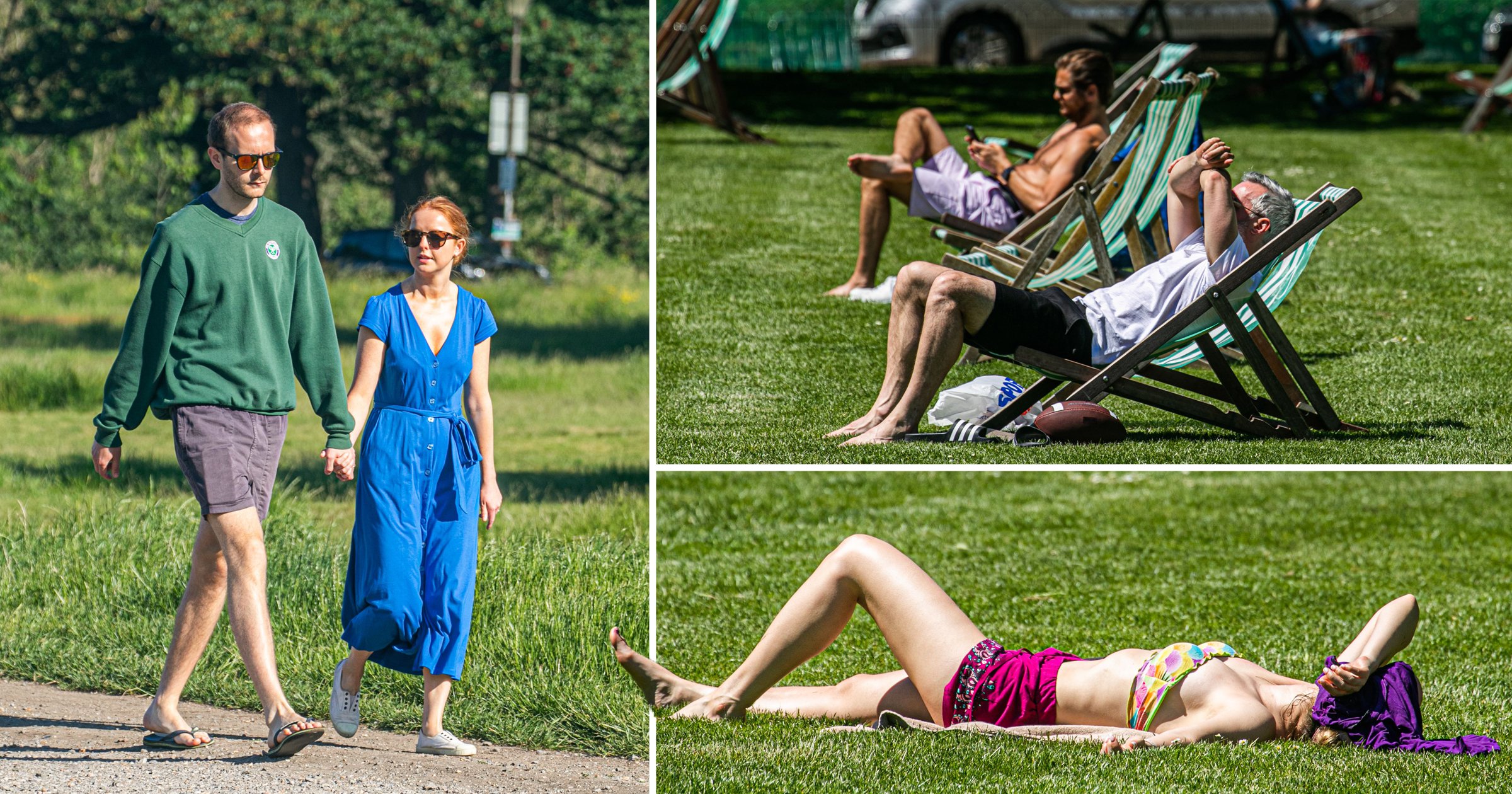 It’s going to be the hottest weekend of the year so far (Picture: Shutterstock)Temperatures in the UK are going to be hotter than Ibiza this weekend, with the warmest day of the year expected.
Football fans will bask in 29C heat as England play Croatia in Euro 2020 on Sunday afternoon at Wembley.
Brits are expected to splurge nearly £400million as they head to pubs and fan zones to watch the game.
There’s a chance the mercury could surpass 30C in the south east, something which has never happened on June 13 since records began.
It means holiday-makers stranded at home due to Covid restrictions will enjoy warmer weather than popular destinations like Mykonos in Greece and California.
The sunny spell, which will last well into next week, is being caused by high pressure moving in from the south.
Saturday will also be warm for England, Wales and most of Scotland, with temperatures reaching the mid-20s, the Met Office said.
The hottest temperature recorded so far this year was 28.3C in Northolt, north-west London, on June 2.

Londoners made the most of the weather this week in St James’ Park (Picture: Shutterstock)

The sun is set to last well into next week (Picture: Shutterstock)The good weather will come as welcome relief for the country, as the Covid situation worsens again with the planned end of lockdown on June 21 now likely to be delayed for another four weeks.
Forecaster Alex Burkill said: ‘The picture this weekend looks very warm and sunny for much of the country, with highs of 25C (77F) in the south-east on Saturday.
‘There will be some showers in parts of Northern Ireland and Scotland, and some cloud in the north-west though it will remain very warm in the sunshine.’
Wales are the first home nation to kick off their Euro 2020 campaign on Saturday afternoon.
The team is playing in Baku, Azerbaijan, but most fans will be watching from home and will be blessed with 21C heat during the afternoon.

It could be the first time the temperature has reached above 30C on June 13 (Picture: Shutterstock)Mr Burkill added: ‘Sunday is likely to be the hottest day of the weekend, with temperatures reaching 29C in London and the south east, while the bulk of the country will be dry with lots of sunshine.
‘This heat is likely to be widespread in the mid-20s which is above the average for this time of year.’
He said that while it’s ‘unlikely’ the mercury could sneak up to 30C, it ‘shouldn’t be ruled out’.
Mr Burkill went on to say: ‘It’s down to some high pressure building from the south-west, dragging sunny, dry weather from Spain, which are the perfect ingredients for the conditions many will see.’
The AA has warned parents and animal owners to ensure their children or pets are not left in locked cars, saying a dog is vulnerable to the heat in less than half an hour.
Get in touch with our news team by emailing us at webnews@metro.co.uk.
For more stories like this, check our news page.