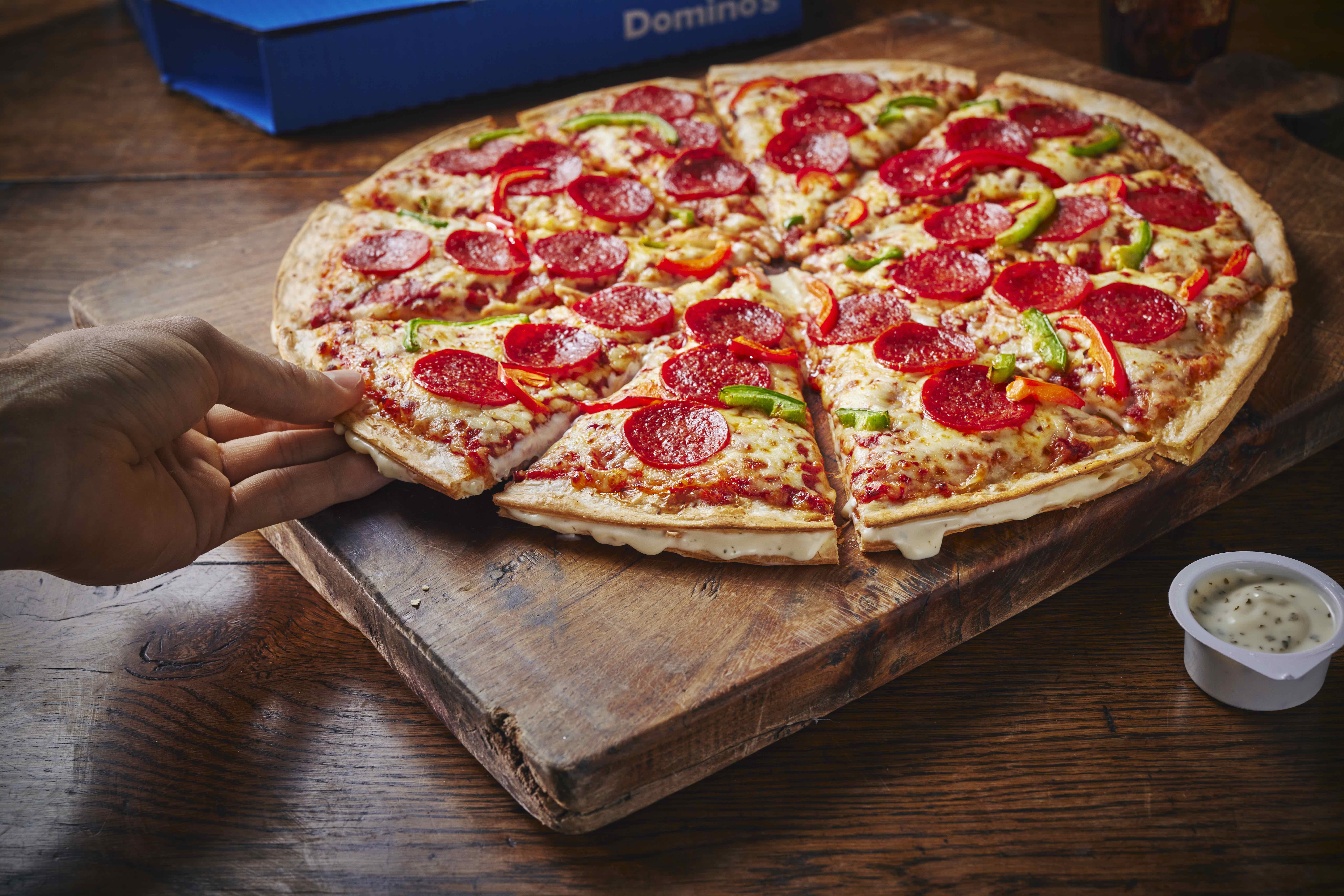 The Double Decadence is back (Picture: Domino’s)In 2018, Domino’s discontinued its Double Decadence base and fans were in uproar.
Since then, people have periodically tweeted asking the brand to bring back the combination of garlicky creamy cheese sandwiched between two thin and crispy bases, and there was even a series of petitions launched, with thousands of signatures.
But now, it has finally listened – the Double Decadence is back on the menu.
The bad news is that it will initially available for a limited time – so fans better make the most of it.
The crust was originally released in 2004 but was removed from the menu three years ago.
Melanie Howe, Director of Decadence at Domino’s, said: ‘We’ve all spent far too much time apart from loved ones this past year, and now we can see each other again, we wanted to give our loyal fans another reason to celebrate with the ultimate summer reunion of fun and indulgence.
‘The last thing we want to do is spend the summer in a stuffy kitchen, so ditch those tired oven mitts and order a Double Decadence as the perfect party pleaser but remember, it’s here for a good time not a long time.’
The fast food chain has been teasing the release on social media, asking fans to tweet their love for the base to bring it back.
More: Food

One said: ‘Bring back #DoubleDecadence, it should never have been taken away, was the only reason I went to Dominos! I’ve had to resort to making my own the last few years and IT’S JUST NOT THE SAME!!!!’
Another added: ‘First time I’ve ever actually cared about a Twitter marketing campaign. I want my #doubledecadence!’
‘I still can’t believe that you took #DoubleDecadence away in the first place, that was painful, don’t do it again,’ another person said.
Do you have a story to share?
Get in touch by emailing MetroLifestyleTeam@Metro.co.uk.