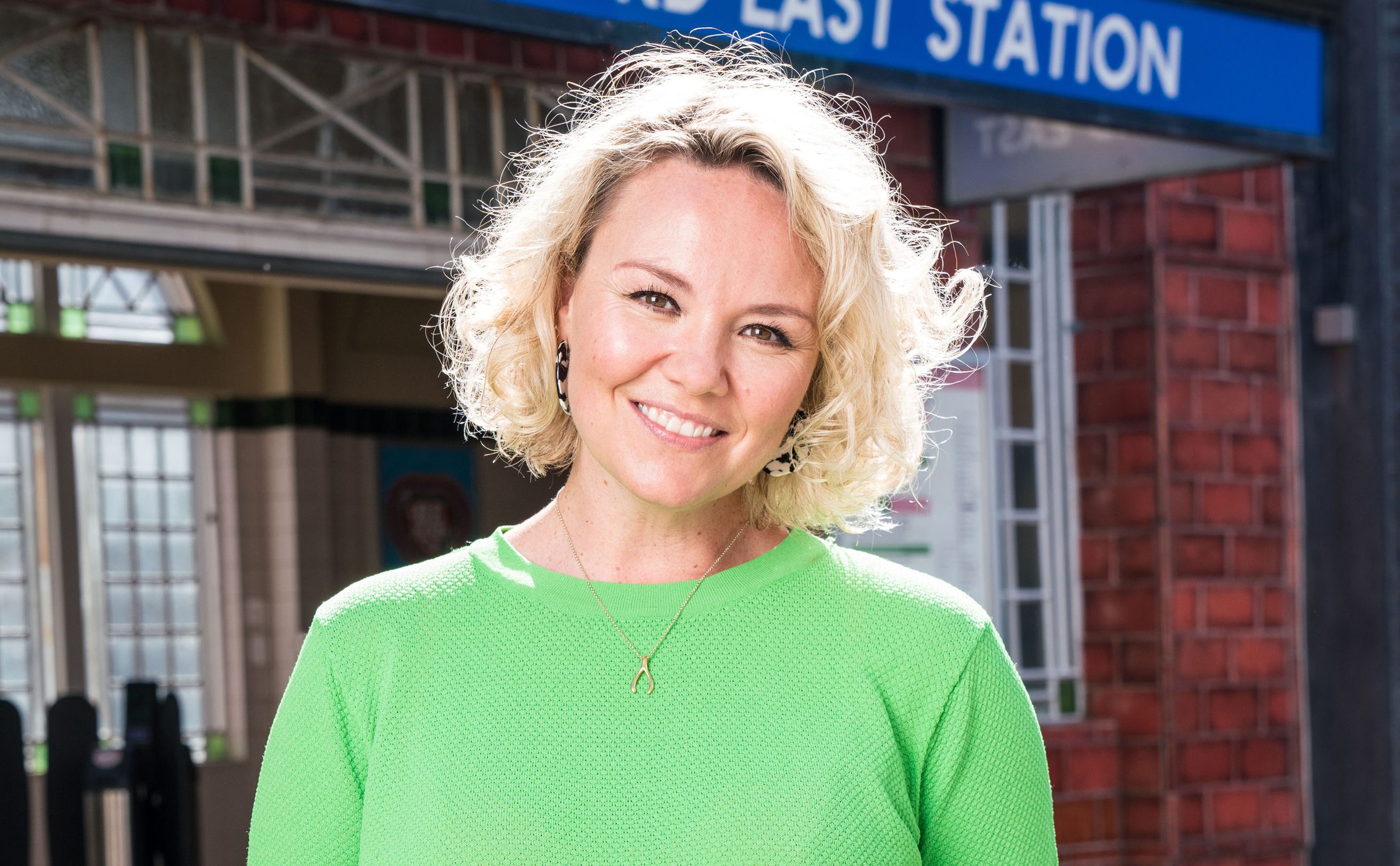 ‘Has she changed her ways?’ Urmmm (Picture: BBC)Charlie Brooks has spoken out about her return to EastEnders after filming a social video and promotional shots ahead of her return to filming as the iconic villain Janine Butcher.
The return was officially confirmed by EastEnders this evening and Charlie confirmed her excitement at coming back and enthused that the best thing about playing Janine is that she doesn’t care what people think – and she’s so good at being bad.
As for whether Janine has changed? Well, she is keeping tight lipped but I think we can all predict the answer to that one!
‘I’m back! I have missed Janine so much, I think about what she has been up to all the time. She’s such a fun character to play – she lives her life to the max.
‘I see her being wild, it’s interesting to think about what she is up to. Janine is misunderstood – she’s fun and out there, she doesn’t give a hoot about what anybody thinks but she’s also in a lot of pain, she wears a mask.
‘She’s very good at being bad.’
‘Because she is bad so often, I liked it when she fell in love – she was able to explore lighter and fluffy stuff. But what to expect from Janine being back on The Square?
‘The biggest question is, I guess, has she changed. And all I will say is you will have to wait and see!
‘I am really excited to be back, I can’t wait to get stuck back in and I will see you guys later this year!’
Jon Sen, Executive Producer, enthused: ‘Janine is one of EastEnders’ most iconic characters who is loved, and often despised, in equal measure by viewers and all those in Walford.
‘Charlie’s portrayal of Janine over the years has created some of EastEnders most memorable moments and we are all really excited to see Charlie bring her incredible portrayal of Janine back again.
‘We have lots of drama in store for Janine, in fact it may be wise for some of the residents of Walford to invest in some slip on shoes…’
If you’ve got a soap or TV story, video or pictures get in touch by emailing us soaps@metro.co.uk – we’d love to hear from you.
Join the community by leaving a comment below and stay updated on all things soaps on our homepage.