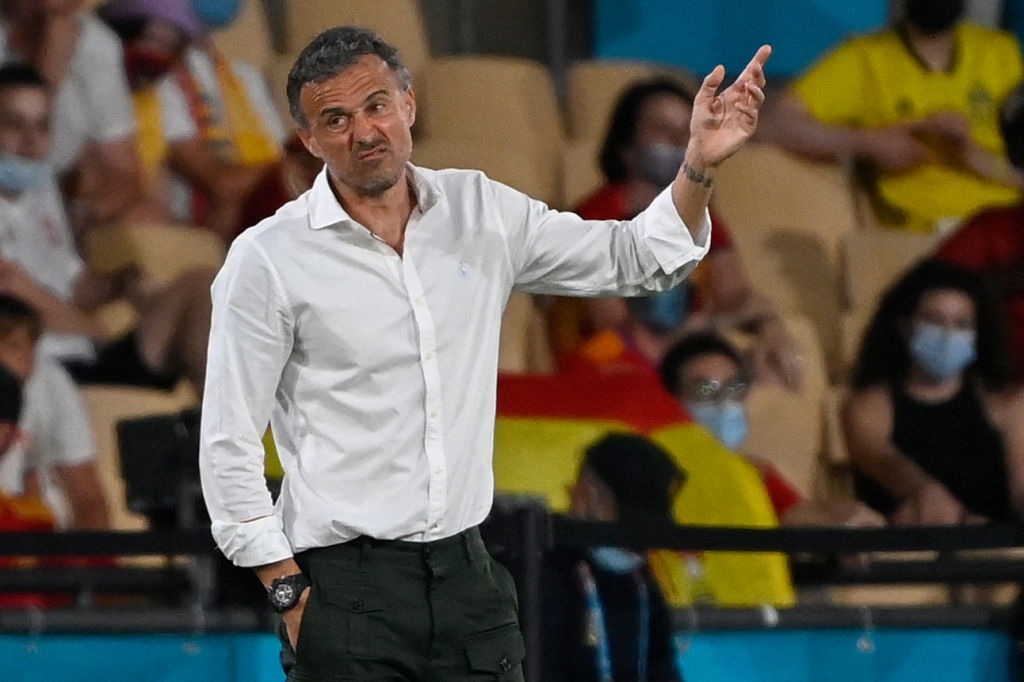 The Spanish striker was jeered by his own fans during Monday’s game (Picture: Getty)Spain boss Luis Enrique has defended Alvaro Morata after he was jeered by supporters following an easy miss in the side’s Euro 2020 opener against Sweden on Monday.
Despite dominating possession in Seville, La Roja only managed a goalless draw as they got their Group E campaign underway – though they had plenty of chances to break the deadlock.
Morata missed the best of those in the first half, somehow dragging his effort wide with the goal gaping, but Enrique was happy with his all-round game and is confident he can deal with the criticism that will come his way.

Morata spurned the best chance of the game with a woeful finish (Picture: Getty)Asked about Morata being jeered – though he was applauded when he was subbed off – Enrique said: ‘I think there were two reactions to players but I would like to hold on to the ones that were supporting us.
‘I want to try to improve my players and protect them, that’s what I always try to do, but of course I’m always more pleased to see fans signing the names of players because it’s always nice to feel that love and support.
‘I think Alvaro had a great game. Of course we all want to take our chances, but other guys had chances too.
More: Juventus FC

‘I think he’s used to this situation. But of course we want to see that support. That’s football though.’
Speaking to El Chiringuito, he added: ‘I heard the whistles for Morata but then he was applauded when he went off. He does a lot for the team and is used to these situations so I do not think it will affect him.’
On how he viewed the result and performance as a whole, Enrique said: ‘We are going to analyse this game in detail as we always do, but in this case I think it’s really clear.

Enrique felt his side did enough to win Monday’s match with Sweden (Picture: Getty)‘We’ve all seen what happened this evening. There’s really not too much to go into. We were by far the better team, the opposition tried to hang back, we completely controlled the game and tried to generate as many chances as possible.
‘We were up against a very physically strong team but we did have the sufficient chances to win the game. What went wrong? It’s the fact that we didn’t take those chances. It’s very clear and I think for that reason we all saw it.’

MORE : ‘Thank you, I won’t give up’ – Christian Eriksen releases first statement after cardiac arrest at Euro 2020

MORE : Rio Ferdinand gives advice to Jadon Sancho after being left out of England squad for Euro 2020 opener