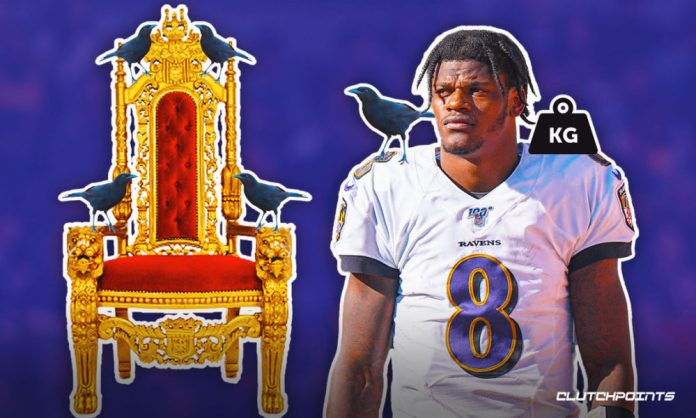 Predicated upon his running abilities, Baltimore Ravens’ quarterback Lamar Jackson has set the league and the world ablaze during his brief three-year career. Having entered this league with doubts surrounding his longevity and durability, all Jackson has done has become the franchise offensive cornerstone for the Ravens, even if their receiving core has been a caveat in that process.

Surrounding Jackson with a strong offensive line and play calling that suits his needs certainly has helped unlock his other-worldly talents, yet there still remains an element missing from his game, one that has been steadily improving every year since he has entered the NFL.

His 2019 Most Valuable Player award was and remains no fluke and neither was the unanimous nomination for the award, even if people love to refer to him as a running back playing the position of QB. The NFL is an ever-changing sport that relies on collegiate talent to infuse new types of offensive styles into it, and Jackson was able to orchestrate that shift back in 2018.
His freshman year in the league certainly produced growing pains, but the former Louisville star played through them to produce one of the best dual-threat QB seasons that this league has not truly seen since the days of prime Michael Vick. While not as strong of a passer as Vick was with Atlanta, Jackson’s acumen, creativity, and legs has helped create plays time and time again.
Having run for just over 2,900 yards in his career so far certainly has supplanted himself as a running QB, but he has become less reliant on his run-first tendencies that he entered the league with. Knocking Jackson for how he uses his legs is a very unfair description of him, especially with how the Baltimore offense relies on them to be a successful unit.
But, in order to keep Jackson both efficient and healthy, there is one element of this offense that is most necessary – and it is not his wideouts. Yes, using a first-round selection on Minnesota’s Rashod Bateman to pair with Hollywood Brown will give Jackson his best WR core since he has entered the league – but this group, along with tight end Mark Andrews, will always be on the receiving end of blame if this offense ever sputters.
Playing into the run-focused offense that the Ravens employ is what makes JK Dobbins the most important factor for Jackson’s long-term and sustained success – even with the extension recently given out to Gus Edwards.

Yes, the two-year, $10 million extension guarantees that Edwards is going to be a factor moving forward in Baltimore’s plans, yet he also acts as the perfect stop-gap option for Dobbins to become and hold down the bellcow role moving forward.
Edwards out-carried Dobbins, but only by a slight margin (144 to 134), and Dobbins suited up in one fewer game than Edwards, easily explaining that gap. Even with having taken less carries, Dobbins graded out as the better option, putting up more yards on the ground (805 to 723), rushing TDs (9 to 6), receptions (18 to 9), and yards per touch (6.1 to 5.6).
The fact that all of those stats were relatively close speaks to the confidence that this coaching staff has in Edwards, while also believing in Dobbins but not wanting to overwhelm him right out of the gate. Having proven that he is ready and able to take up the leading role in this team’s backfield moving forward, Dobbins is going to make Jackson’s life a hell of a lot easier.
A steady RB helps free up a QB, even a running-focused one, because he understands that the defense must stop two options that are able to take the top off of defenses at any given moment. With Jackson having been running a version of offense that readily features read-option looks since his day in college (and likely earlier), his ability to understand angles and read defensive fronts has helped keep his jersey a bit cleaner and himself a bit healthier as well.
Dobbins is likely not going to fill that main RB1 role on this team right out of the gate, especially with the kind of money that they just threw at Edwards – but make no mistake, even if Dobbins was selected before the team knew what they fully had in Edwards, he was brought in to be the guy, and he profiles to fill that role perfectly.
Featuring a run-heavy offense orchestrated by a run-focused QB can be ridiculed, blasted, and downright walked on – but what Jackson has done in his short time in the league is remarkable, and he will only continue to grow, learn, and get better than what he has already shown the league, something that should scare every other team.
That growth can only be fostered by those around him, and while the upgraded receiving core will help with that, it comes down to the growth and development of Dobbins and his role in this offense, something that we have already been a glimpse into last season.
Exciting times are ahead for the Ravens – keep sleeping on them, and you just may miss what they do next.