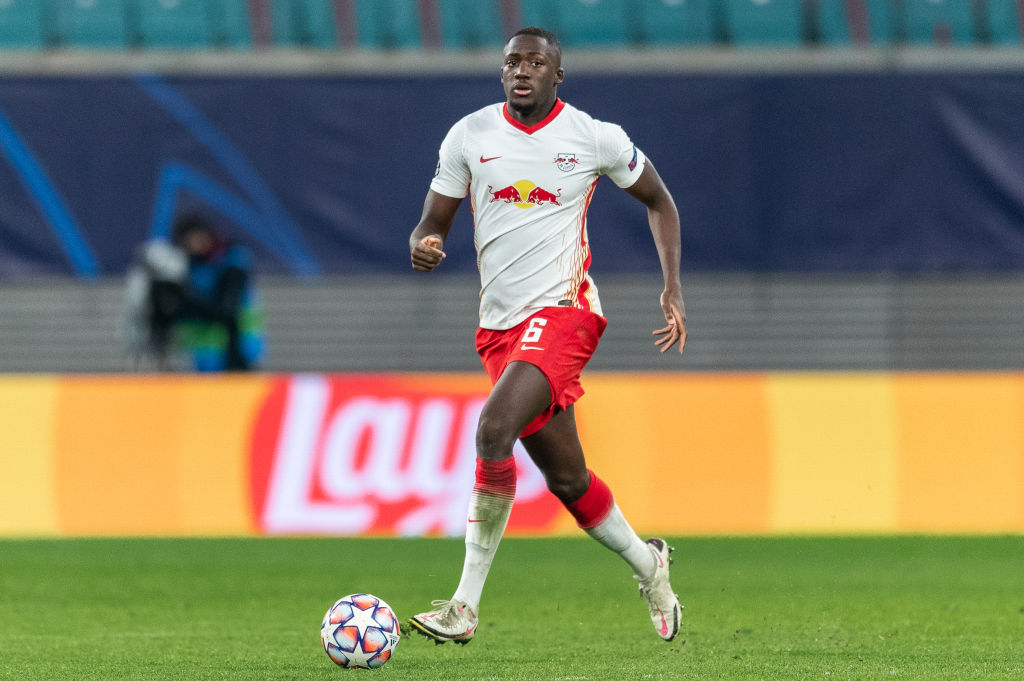 Cristian Romero is attracting interest from both Manchester United and Liverpool (Picture: Getty)Liverpool have reportedly made an enquiry over a possible move for Atalanta star Cristian Romero.
Romero, 23, is technically still contracted to Juventus but last September completed a two-season loan move to Atalanta, who have an option to buy the defender for a fee of around €25million (£21.5m).
The Argentine, who has been capped twice at international level, is regarded as one of the finest young central defenders in Italian football and his outstanding performances have not gone unnoticed among some of Europe’s top clubs.
It’s understood Manchester United have placed Romero on their shortlist of targets at centre-back this summer and the Red Devils have been joined by bitter rivals Liverpool in the race for his signature.

Romero scored in only his second appearance for Argentina against Colombia earlier this month (Picture: Getty)According to Sky Sport Italia, the Reds have asked for information regarding Romero’s contract situation as Jurgen Klopp scours the transfer market for reinforcements at the back.
The report claims Liverpool are yet to make an official offer for the Argentina international but could step up their interest over the coming weeks.
Atalanta are expected to take up their option to sign Romero on a permanent basis this summer but the Serie A outfit may consider an immediate sale should they receive a bid in excess of €40m (£34m).

Liverpool have asked for information about Romero’s contract situation (Picture: Getty)Liverpool have already wrapped up an agreement to land Leipzig centre-half Ibrahima Konate, who is set to complete a £36 million switch to Anfield pending international clearance and a work permit being granted.
Jamie Carragher believes Konate will prove to be an excellent signing for his former club but hopes Klopp manages to further strengthen his squad by bringing in a midfielder and a quality attacking player.
‘Through the spine of the team, there should be an addition in every area,’ Carragher told The Athletic.
‘They’ve got the centre-back in Konate but they also need a midfield player to replace Gini Wijnaldum and an attacking player to add more goals.
‘This Liverpool team has been together since 2018 and has been absolutely out of this world.

Liverpool have agreed a deal with Leipzig to sign French defender Konate (Picture: Getty)‘This team isn’t finished but it definitely needs a bit of help. Every few years you need to refresh a team.
‘Klopp has done it twice before. When he first came in it was (Joel) Matip, Wijnaldum and (Sadio) Mane in his first summer.
‘Then [Mohamed] Salah the following summer, Virgil [van Dijk] the following January and then Alisson in the summer. Those three players came in over the same 12-month period.
‘The time has come to get three players in again who are capable of being starters.’
More: UK

On Konate’s impending arrival, Carragher added: ‘I like him. Big, strong, he’s got pace, and he looks the part,’ he went on.
‘He’s young and ticks all the boxes. It will help Konate that he’s coming from a team in Leipzig who play a similar way to Liverpool in terms of a high defensive line and pressing.
‘Klopp’s got three centre-backs coming back from injury as well as Nat Phillips who did really well. He was the senior member of that centre-back combination during the run-in and deserves so much credit.
‘It will be interesting to see whether he stays as back-up or moves on.
‘He’s a very good squad player for Liverpool but I think he could play for someone in the Premier League week in, week out.’

Facebook
Twitter
Pinterest
WhatsApp
Previous articleEverything You Need to Know Before Watching Season 4…!!!
Next articleMiranda Cosgrove Gets Candid About Being Considered A Role Model For Kids While On iCarly – It Was ‘Scary’ And ‘Challenging!’